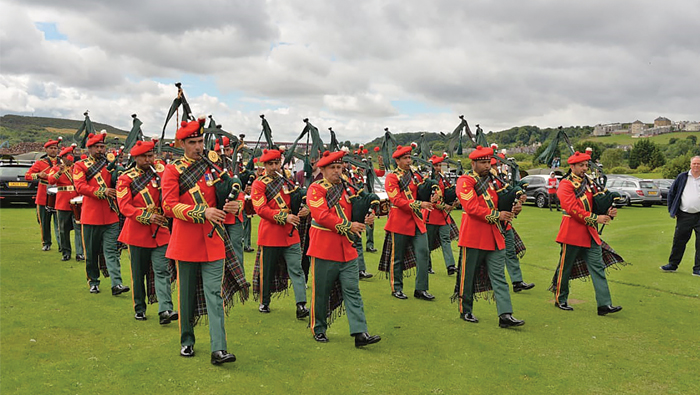 Inverkeithing: The music band of the Royal Army of Oman (RAO) came second at the general level from among five troupes that took part at the professional and open performance competitions using drums and bagpipes.
The competition qualifies winners to take part at the final competition that will be held in Glasgow.
On the individual level, the warrant officer Seif bin Nasser Al Sulaimi came first at the column leader competition (stick holder). Corporal Mohammed bin Khamis Al Amri came second at the same competition from among seven contenders from different bands.
The RAO music band’s participation comes within the efforts made by RAO to represent the Sultanate at the military music festivals and competitions and enhancing friendship with sisterly and friendly countries.
RAO music band continues its participation at the drum and bag pipes competitions held currently in Scotland.