Football: Aguero strikes as City stroll past Chelsea at Wembley 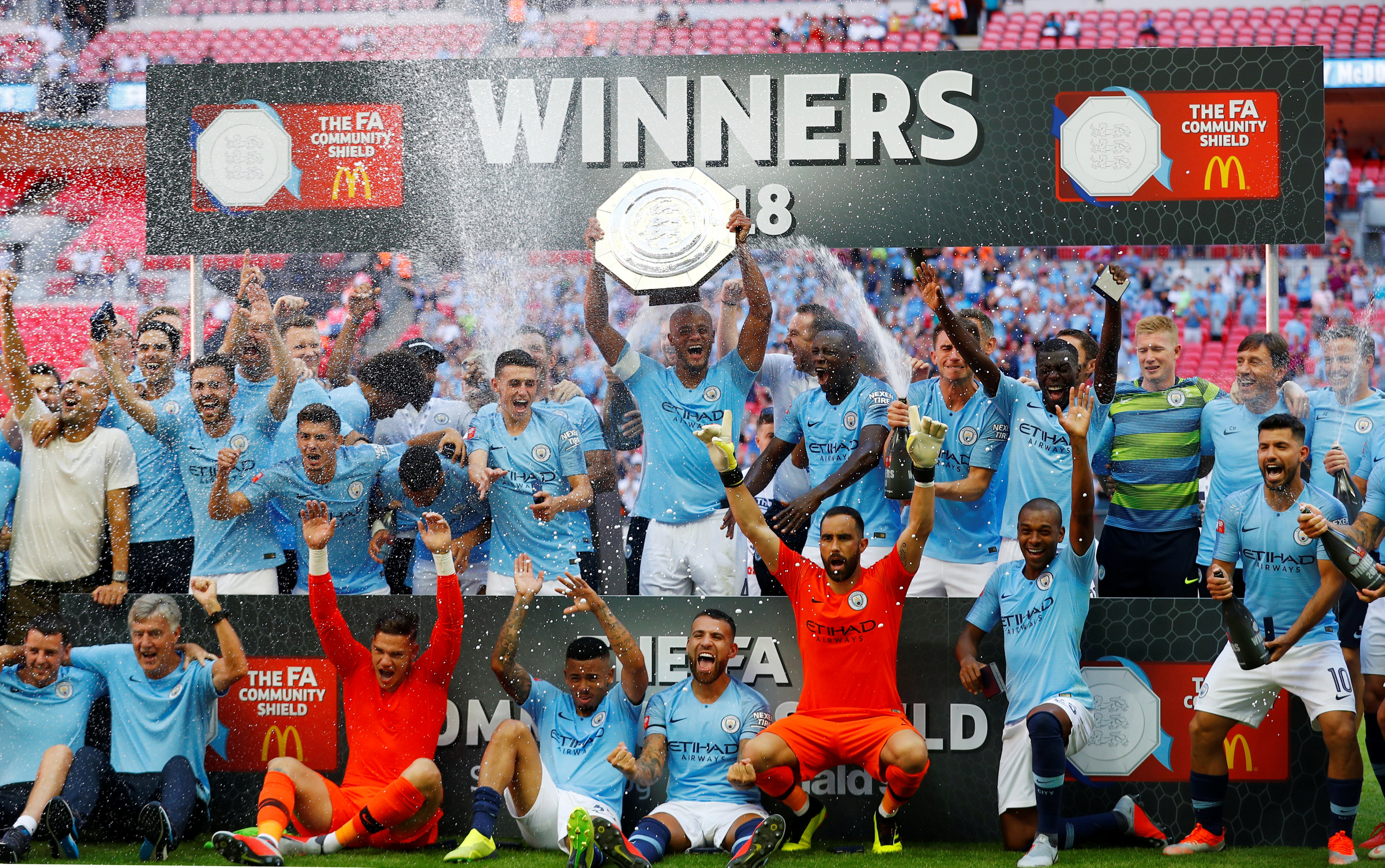 LONDON: The English season got off to a familiar start as Manchester City's Sergio Aguero struck twice, including his 200th goal for the club, as they beat Chelsea 2-0 to claim the Community Shield for the fifth time at a sun-baked Wembley on Sunday.
The game between the Premier League champions and FA Cup winners is the traditional season curtain-raiser but on this evidence the gap between the two teams, which last season was 30 points, is as wide as ever despite the arrival of Maurizio Sarri as Chelsea manager and the signing of midfielder Jorginho.
Aguero struck his first after 13 minutes when Phil Foden, filling in admirably for Kevin De Bruyne, burst forward to find the Argentine, who wrong-footed defender Antonio Rudiger with a low shot to become the first City player to reach 200 goals.
Chelsea, who were without Eden Hazard, took 25 minutes to even register a shot and seldom threatened and it was no surprise when Aguero added a second from a Bernardo Silva pass just before the hour after having just spurned a clearer chance.
City cut Chelsea apart to become the first Premier League champions to win the trophy since Manchester United in 2013.
At times they breached Chelsea's statuesque back four at will, leaving the bemused Willy Caballero hopelessly exposed. The former City keeper was by far Chelsea's best player.
Italian Sarri has switched last season's back three to a back four and, on this evidence, he still has a lot of work to do to forge them into a competitive unit.
Brazilian David Luiz looked particularly ill at ease and only midfielder Ross Barkley did much to further his case as Sarri considers whether to make a late plunge into the transfer market before Thursday's deadline.
City manager Pep Guardiola was delighted that his back-up players performed so well, with 18-year-old Foden looking particularly impressive as a stand-in for the rested De Bruyne.
Although Foden played in City's final game of last season, it was only to ensure he won a title medal, but this season he clearly has every intention of becoming a permanent fixture.
"Phil Foden is ready for the Premier League, he was last season and now he has one more year's experience," said Guardiola. "It's so good for us.
"It was so hard but the players played really well. Our mentality was right and we got the win."
Foden's understanding with Aguero looked particularly promising and Chelsea struggled to thwart his invention or keep a handle on the Argentine who was named man of the match.