Want to sell used goods in Oman? Better get a licence: Authorities 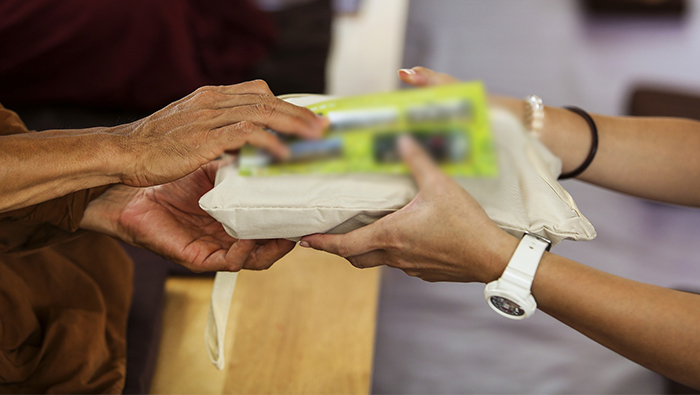 Muscat: Donating goods to the less fortunate is legal, but a licence is required if it is going to be done for profit, authorities have said.
Officials from Muscat Municipality explained that while selling goods without a licence is illegal, only those who do so with regularity actually commit an offence.
“If the activity is not commercial and the owner had previously planned to throw these things away, there is no legislation in the municipalities that prevents the person from selling them to another consumer,” said a Muscat Municipality official. “But to conduct such business in a continuous manner, they must first obtain a licence.”
Hassan Al Nabhani, manager of Public Relations and Communications at waste management company Be’ah, said reusing goods helps reduce waste and aids in the firm’s work. He added that Be’ah has organised programmes to achieve its desired results.
“For the first batch of the Environmental Excellence Apprenticeship programme, we were able to cover 46,310 students, 2,198 teachers, 845 schools,” he said. “We also conducted 136 awareness campaigns from November 2017 until June 2018.”
Be’ah has been trying to inculcate a culture of reusing goods before talking about recycling, added Nabhani. “We started to change public behaviour toward waste management by introducing the best ways to deal with generated waste and spreading various ideas about how to reduce waste as the first option,” he shared. “Whenever extra waste is generated, we encourage people to implement practices to reuse it.”
“We have also started to establish a culture of recycling by working with the Ministry of Education to update the current curriculum and include therein different concepts about recycling and waste management,” he added. “We need to differentiate between reusing and recycling. Reusing means using the items again without breaking them down to their basic elements, whereas in recycling, the item is broken down to its raw form, which is then used in the process of manufacturing other or similar items.”
“As part of the circular economy concept, it is very important to reduce waste and reuse certain items such as carry bags and bottles, among others,” explained Nabhani. “If discarded, these items end up in landfills and are a waste of natural resources as they need to be manufactured again. By reusing these materials, the waste that is generated is reduced and the overall cost incurred by the government for landfill development and operation can be decreased. This also helps in creating industries and stimulates overall economic growth.”
However, the official added that continuous, large-scale efforts are required for waste management to be effective. “The key responsibility assigned to Be’ah is to restructure, corporatise, and privatise waste management activities across the Sultanate,” noted Nabhani. “As part of this initiative, Be’ah has supported private companies in their efforts to set up recycling plants in Oman through the issuance of No-Objection Letters.”
“Moreover, Be’ah has signed contracts with private investors for the treatment of car batteries, recycling of used tyres, construction, and waste demolition,” he said. “Currently, Be’ah is working with international experts to develop an electronic waste treatment facility, a used cooking oil facility, and facilities for the treatment of other wastes in Oman.”
“Furthermore, four sorting facilities are expected to be established in the Sultanate as part of municipal solid waste management contracts in several parts of Oman,” he remarked.
“These facilities will help not only in recovering materials from currently-landfilled Municipal Solid Waste (MSW) but will also provide raw materials for downstream processing.”
Nabhani insisted that Be’ah’s environmental excellence programme has so far yielded good results.
“As part of our efforts to initiate new programmes aimed at building a new generation that promotes Be’ah’s objectives, we have started an environmental excellence apprenticeship programme,” he shared. “It is considered a capacity building programme that aims to equip candidates with the required knowledge, capabilities, skillsets, and resources to help them spread awareness and to engage effective participation from various members of society to be proactive ambassadors and bring out positive change within the community.”
“The programme includes a number of capacity-building and training courses aimed at elevating the level of awareness about social behavioural changes, communications, and project management, to name a few,” added Nabhani. “The goal is to equip social activists with the necessary skillsets and resources to allow them to have a direct positive impact on the society. The programme is offered annually and is designed to accommodate 14 candidates in each intake.”