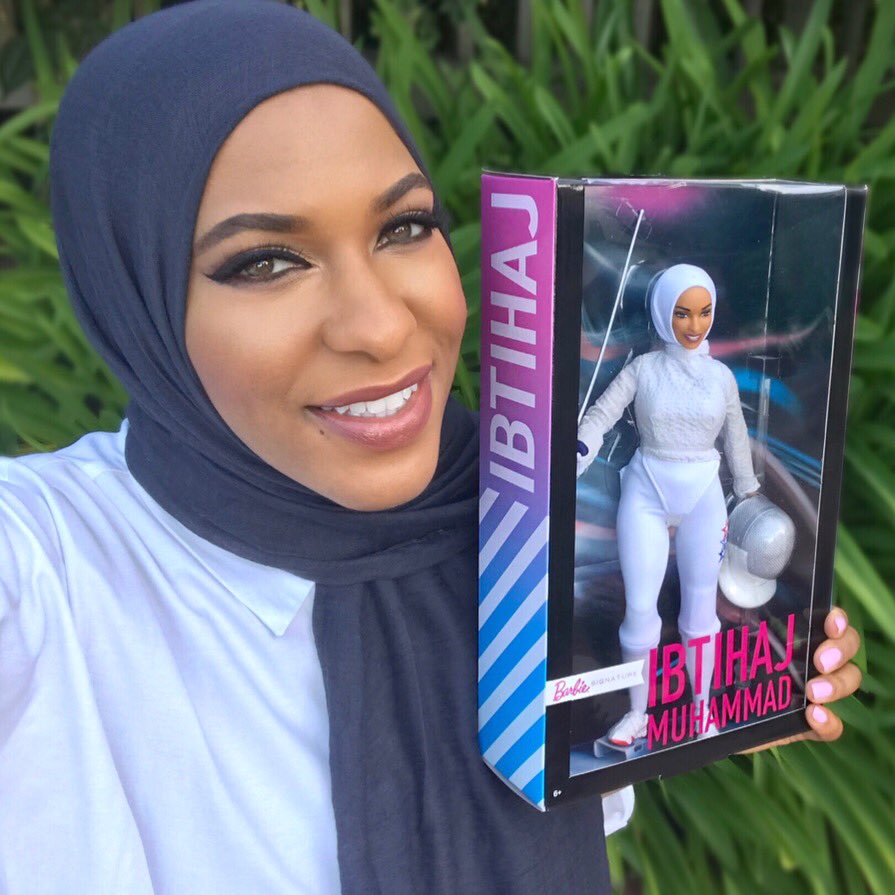 Muscat: The world’s first Hijab-wearing Barbie doll, modelled after American Olympic fencer Ibtihaj Muhammad was released last week.
Ibtihaj, tweeted a photo with the Barbie that’s named after her and said, “She’s finally here! I’m happy to announce that you can now have your very own Ibtihaj Barbie doll starting today. #ibtihajbarbie”. Late last year, Mattel Inc., the toy manufacturing company announced that their Hijab Barbie (a first from the company) was modelled after Ibtihaj and would soon go on sale.
This Barbie doll is part of Mattel’s Shero line that models dolls after female role models who have broken boundaries in various fields. Some of the other dolls in this series are based on artist Frida Kahlo, boxing champion Nicola Adams Obe and model and body activist Ashley Graham among other famous women.
Over the years Mattel has faced severe criticism for setting unrealistic body standards for young girls and for a lack of diverse representation. So, in an attempt to calm their critics the company came out with a line of Barbies representing different nationalities and women of varied body types.