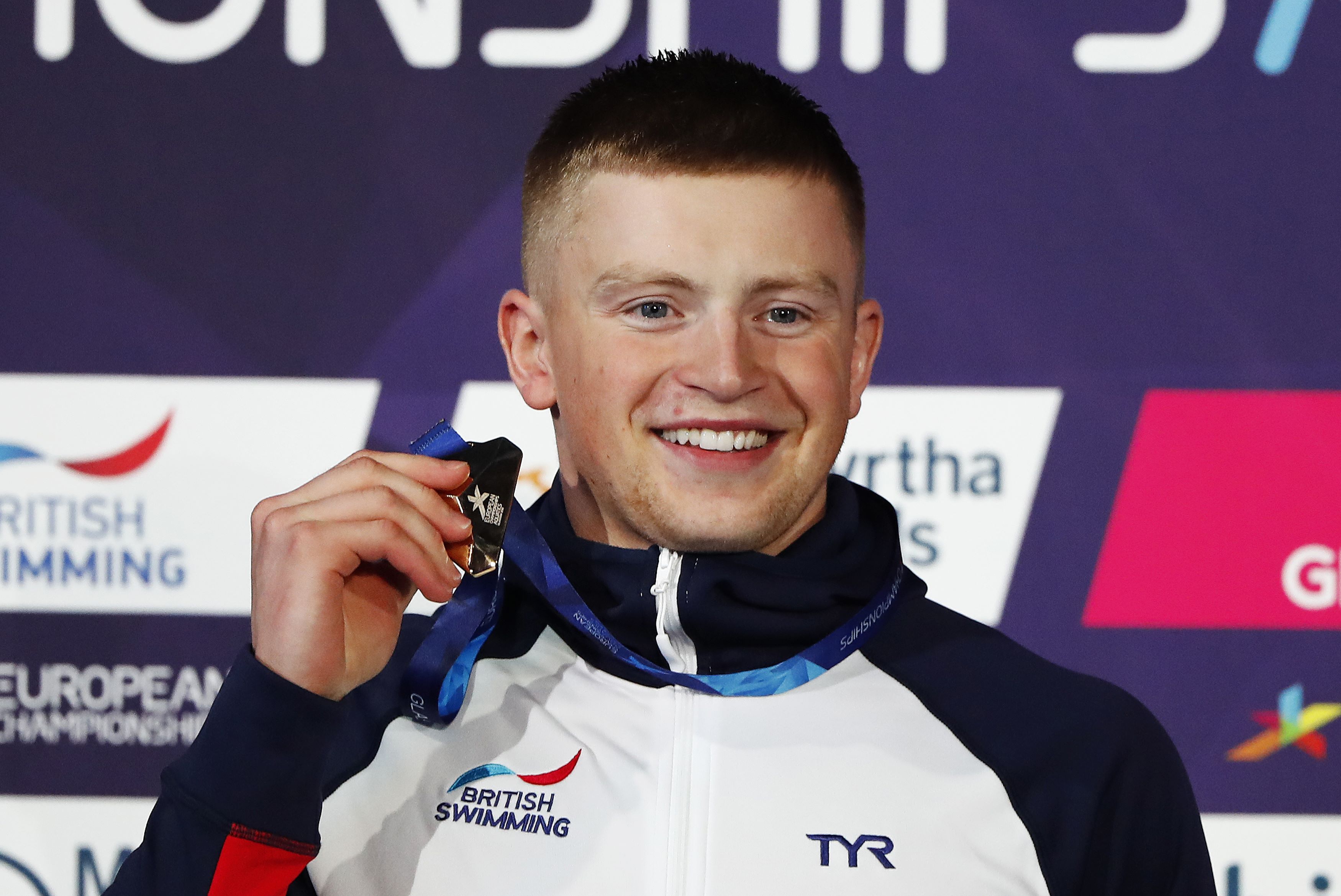 GLASGOW: Adam Peaty and Kliment Kolesnikov made it a landmark night at the inaugural multi-sport European Championships when the two swimming prodigies broke world records to strike gold in the space of just over an hour.
Briton Peaty added more lustre to his reputation as perhaps the world's most dominant swimmer when he smashed his own 100 metres breaststroke mark in 57.00 seconds en route to his 17th major gold medal.
The 23-year-old knocked 0.13 seconds off his own record set at the 2016 Rio Olympics - the fourth time he has set a new mark in the discipline in which he has been unbeaten for four years.
Russian teenager Kolesnikov then followed up the home favourite's heroics by setting a new 50 metres backstroke mark while winning his first major individual title at senior level just a month after his 18th birthday.
He clocked 24.00 seconds to take 0.04 seconds off the record set by Britain's Liam Tancock at the world championships in Rome in 2009.
On a remarkable evening at the Tollcross International Swimming Centre, Swedish phenomenon Sarah Sjoestroem achieved a 100 metres butterfly and 50 metres freestyle golden double only to find herself overshadowed by the record-breaking pair.
"It's incredible. I wasn't targeting the record at all," said Olympic champion Peaty after winning his ninth European long course title.
Even after touching the wall, he could hardly believe what he had achieved, shouting "no way!" Yet the victory was so dominant that the silver medallist, Peaty's British team mate James Wilby, was 1.54 seconds adrift.
It felt particularly sweet for Peaty as this was the venue where his career really took off when he won Commonwealth Games gold in 2014.
"It started in this pool. Oh my God, I cannot believe that," he said, having bounced back from his first setback for four years when he lost the 50 metres breaststroke final at this year's Commonwealth Games in Australia.
"Sometimes, you've got to have a bad race to realise how much you love the sport. I was just too tense, I just wasn't me (at the Commonwealths)."
Kolesnikov, who had been part of Russia's 4 x 100 metres freestyle gold medal-winning quartet on Friday, was so dominant that he beat Romanian silver medallist Robert-Andrei Glinta, a former world junior champion, by an extraordinary 0.55 seconds.
Even though he has long been tipped to lead the new generation of talented Russian swimmers as a junior world record breaker, Kolesnikov's progress has still been spectacular and he too could add two more golds in the longer backstroke events.
Still, though, he is looking well beyond Glasgow. "The big goal is the Olympics (in Tokyo in 2020). It is nothing special what I have done today, the special one is the Olympics," said Kolesnikov.
Sjoestroem enjoyed another memorable night in her great career, comfortably winning the 100m butterfly title before an hour later prevailing in a thrilling Scandinavian 50 metres freestyle duel with Olympic champion Pernille Blume.
The race to find the fastest European woman swimmer was so close that world record holder Sjoestroem edged her Danish rival by one-hundredth of a second in 23.74 seconds, just 0.07sec outside her global mark.
"I am feeling very good. It was a very nice evening especially because it was 10 years ago when I won my first gold medal, and I was able to win again in the 100m fly," said Sjoestroem.
"Then to win the 50m freestyle, which is probably the hardest event to win here, I am very, very happy about that."
Swimming history was also made when, for the first time in an international meet, men and women competed together in a 4x200m freestyle relay, won by the German quartet of Jacob Heidtmann, Henning Muehlleitner, Reva Foos and Annika Bruhn.