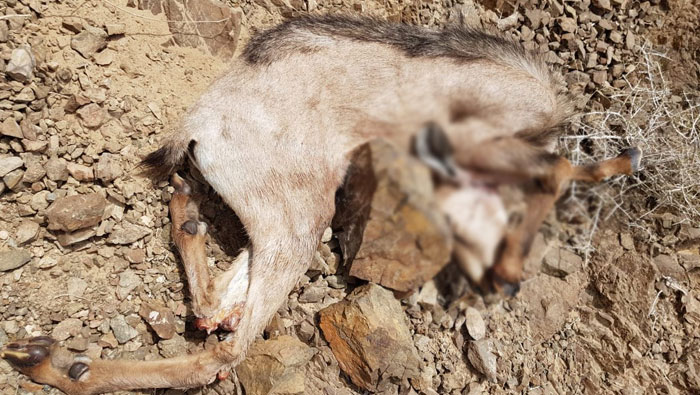 Oman's Ministry of Environment and Climate Affairs said in a statement: "In cooperation with Royal Oman Police, wildlife observers in the governorate of South Sharqiyah arrested three people who had hunted three Arabian Tahr in the Jabal Qahwan Nature Reserve, where they were referred to the competent authorities for legal action to be taken against them."

The Ministry of Environment and Climate Affairs has called on the public to report wildlife law violations through the toll free number 24696333.