Fishing season starts in Oman with a warning 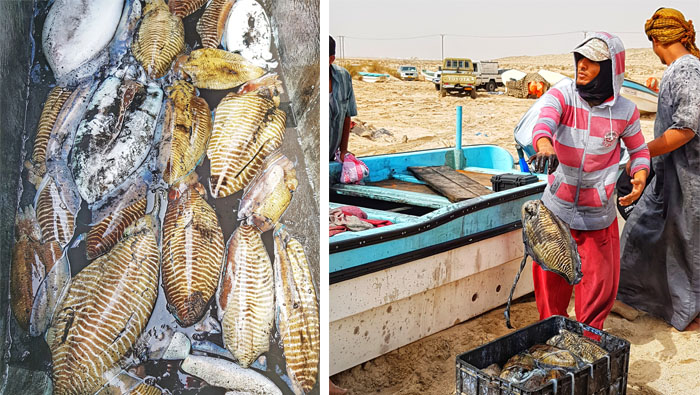 Muscat: As cuttlefish fishing seasons begins, the Ministry of Agriculture and Fisheries has warned fishermen against using equipment that could harm the sea creatures.
Despite the season only just beginning, Eng. Salman Al Subhi Director of Fisheries Surveillance and Licencing Department, at the ministry has explained that there is no ban on fishing (cuttlefish) throughout the year, “It is known among fishermen that in August the season for fishing cuttlefish begins, because during this time, there is an increase in the amount of cuttlefish stock available.”
The peak of the cuttlefish season usually stretches from August until January, which is considered a rich season for production. Last year saw a 27 per cent increase in the amount of cuttlefish stock.
“There were 7,500 tonnes of cuttlefish produced in 2016, while in 2017 there were 9,535 tonnes,” said Al Subhi.
For fishermen to benefit from this peak season, certain guidelines must be met to protect cuttlefish.
“First of all, the fisherman and the boat must be licenced,” said Al Subhi, adding that fishermen must not use equipment that would harm the marine species, such as spearfish guns and nylon nets. Fishermen must also stay away from prohibited areas,”he said.
Growing demand
While fisheries currently enjoy a high level of production, the specific demand for cuttlefish is growing, both locally and globally.
“That is why it has a high financial value for fishermen,” said Al Subhi.
“Hotels and restaurants always have a demand for seafood, including cuttlefish.”
Nasir Al Ghanboosi, who has been fishing for 30 years, told the Times of Oman how important this season is.
“I consider this season to be one of the most important fishing seasons in the Sultanate,” he said. “During this season, cuttlefish come in groups to certain parts of Oman. Jalan Bani Bu Ali is one of the areas that are rich in cuttlefish.”
However, Al Ghanboosi is worried about the decline of the fish.
“There has been a recognizable decline in cuttlefish stock over the past few years,” he noted. “The reasons for this decline include the targeting of marine life for several years, the destruction of coral reefs and other locations where various marine species abound, overfishing, and the depletion of huge amounts of sardines.”