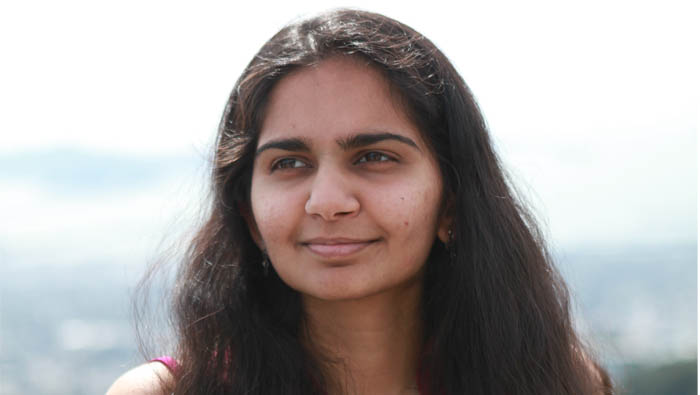 Muscat: An alumnus of the Indian School Al Ghubra, has been chosen for the prestigious 2018 Thiel Fellowship by the Thiel Foundation (USA).
Aparna Krishnan, from the 2015 batch is one among the twenty people chosen from all over the world. The Fellowship programme, launched in 2011, encourages talented young people to pursue big ideas and start companies.
The Thiel Foundation is a private Foundation created and funded by billionaire Peter Thiel, known for being the co-founder of PayPal and an early investor in Facebook.
Thiel Fellows receive $100,000 and mentorship from the Thiel Foundation’s network of technology founders, investors, and scientists. The support is provided for a two year period.
Oman has been home to Aparna through her entire schooling. Curious about Mathematics and its applications from an early age, she explored Rubiks Cubing and Vedic Maths in great detail.
She is presently an undergraduate student of Computer science in the University of California, Berkeley.
She is passionate about Blockchain and is the co-founder of ‘Mechanism Labs’, the world’s first open source research lab, focusing on spearheading the blockchain technology based on crypto economic research. With this year’s award, Aparna joins the elite crypto community’s most notable Thiel Fellow- Ethereum co-founder Vitalik Buterin, who received the Fellowship in 2014.