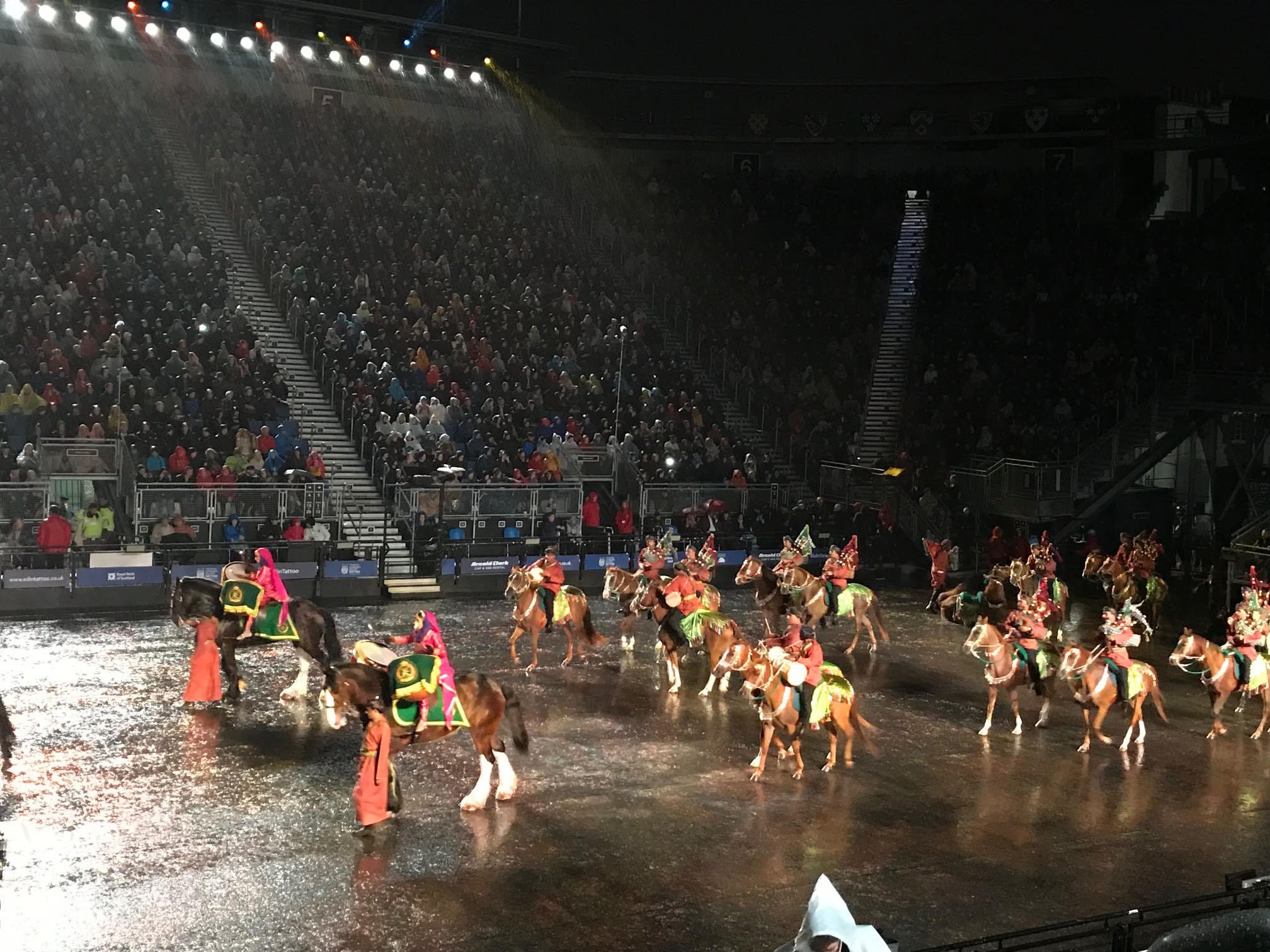 Muscat: Oman’s bagpipers have done the Sultanate proud by performing among some of the world’s finest military bands at the 2018 Royal Edinburgh Military Tattoo.

Widely considered to be one of the best military band festivals in the world, the Edinburgh Tattoo features the music of performers from more than 48 countries, from August 3-25.

Oman’s representatives come from the Royal Cavalry of the Sultanate of Oman’s Pipers on horseback, and include its all-female marching band, who will be participating in the Edinburgh Tattoo for the first time.
**media[912607]**
Opening night of this year’s Edinburgh Tattoo took place on Friday night at 9:00 pm GMT, and the Omani team were among those hard at practice in the days leading up to the event, in addition to taking part in a dress rehearsal on Friday morning.

The festival is attended by more than 200,000 people every year, with more than 30 per cent of that audience being from overseas. In addition, it has been televised across more than 40 nations and an annual TV audience of more than 100 million watches this coverage worldwide.

The tattoo was designed to bring together thousands of people for this annual celebration of music and the entertaining spectacle continues to draw music lovers to it every year.

Performers for the Tattoo – which is organised by the UK’s Ministry of Defence – began arriving in the Scottish capital as early as July 27, as they began preparations for the festival, which is expected to draw crowds of about 8,800 people every night.

The theme for this year’s event is ‘The Sky Is The Limit’ and is being organised in celebration of the 100-year-anniversary of the Royal Air Force. In a first for the show, laser technology will be used to enhance the experience of people enjoying the Edinburgh Tattoo.

The event is held at the Edinburgh Castle, a popular tourist attraction of great historical and cultural significance, and will also feature teams from Czechia, the US, Mexico, Malawi, Switzerland and of course, from all across the UK.

The Massed Pipes and Drums, a troupe consisting of the UK’s finest musicians, numbering some 250 strong, will also be present at the tattoo, having established themselves as firm favourites of fans of the festival.