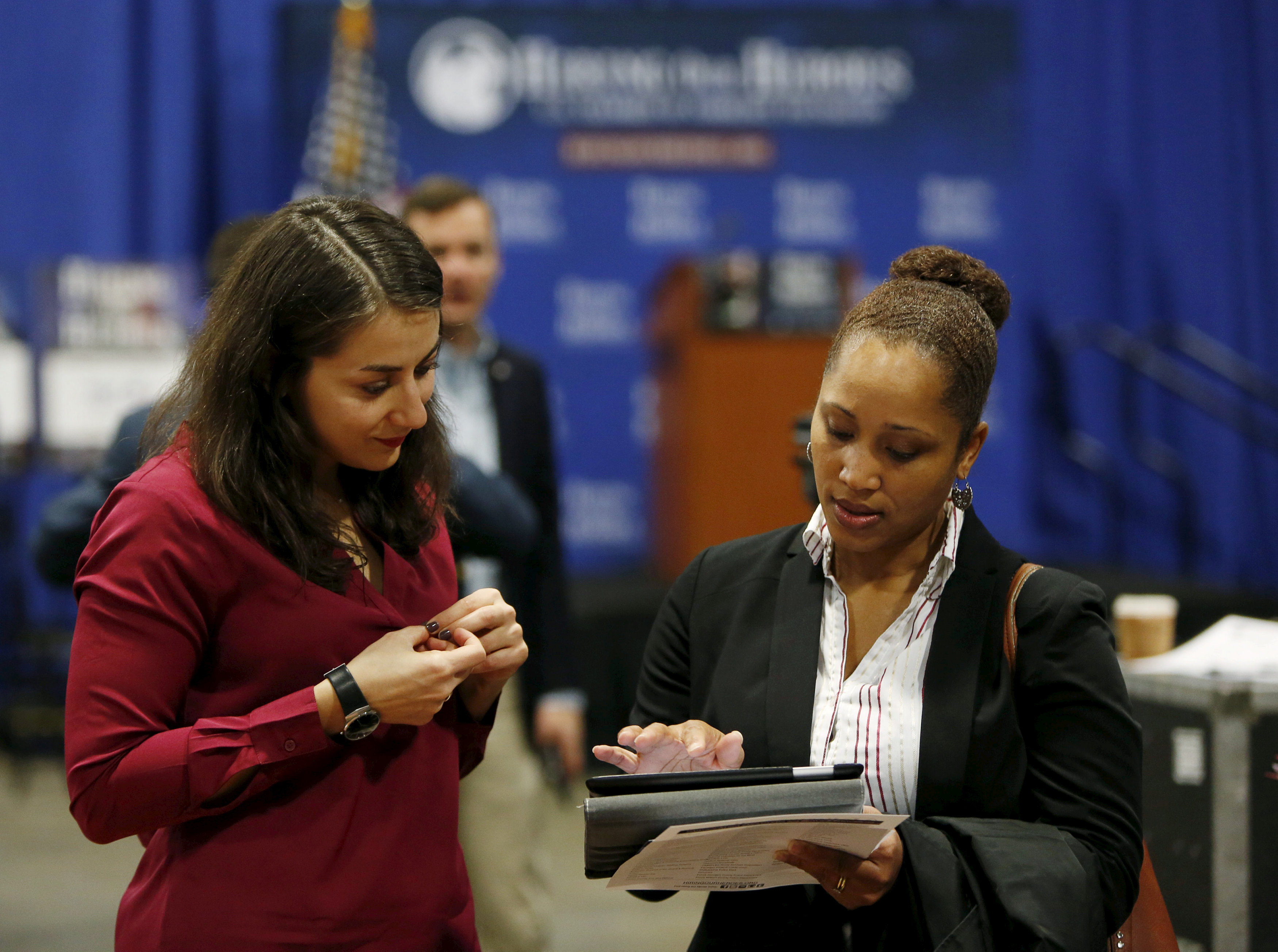 Washington: US job growth slowed more than expected in July as employment in the transportation and utilities sectors fell, but a drop in the unemployment rate suggested that labour market conditions continued to tighten.
With manufacturing payrolls increasing by the most in seven months, the moderation in hiring reported by the Labour Department on Friday likely does not reflect the rising trade tensions between the United States and other nations including China.
"While the ongoing trade dispute may discourage businesses to invest and hire down the road, jobs report suggests the jobs market is not yet collateral damage," said Beth Ann Bovino, chief US economist at S&P Global Ratings in New York.
Nonfarm payrolls increased by 157,000 jobs last month, still more than the roughly 120,000 jobs per month needed to keep up with growth in the working-age population. The economy created 59,000 more jobs in May and June than previously reported.
Economists polled by Reuters had forecast payrolls increasing by 190,000 jobs last month. The unemployment rate fell one-tenth of a percentage point to 3.9 per cent, even as more people entered the labour force.
A broader measure of unemployment, which includes people who want to work but have given up searching and those working part-time because they cannot find full-time employment, dropped three tenths of a percentage point to 7.5 per cent, the lowest level since March 2001.
Wage growth remained moderate, with average hourly earnings increasing seven cents, or 0.3 per cent, after a gain of 0.1 per cent in June. The annual increase in wages was unchanged at 2.7 per cent in July.
President Donald Trump's administration has imposed duties on steel and aluminum imports, provoking retaliation by US trading partners including China, Canada, Mexico and the European Union. Washington has also slapped 25 per cent tariffs on $34 billion worth of Chinese imports.
Beijing has fought back with matching tariffs on US exports to China. On Wednesday, Trump proposed a higher 25 per cent tariff on $200 billion worth of Chinese imports.
The trade war intensified on Friday, with China's Commerce Ministry proposing import tariffs on $60 billion worth of US goods and warning that it reserved the right of further countermeasures.
Economists have cautioned that the tit-for-tat import duties, which have unsettled financial markets, could undercut manufacturing through disruptions to the supply chain and put a brake on strong US economic growth. There are also fears that the trade tensions could dampen business confidence and lead companies to shelve spending and hiring plans.
"Financial markets are feeling the impact," said Sung Won Sohn, chief economist at SS Economics in Los Angeles. "The ongoing trade war with China and our allies could hurt investment spending and hold back job and wage gains."
For now, a $1.5 trillion fiscal stimulus, which helped to power the economy to a 4.1 per cent annualised growth pace in the second quarter, is assisting the United States in navigating the stormy trade waters.
The trade tensions are looming large over the economy. A survey from the Institute for Supply Management on Friday showed the services sector growing at a slower pace in July. Separately, the Commerce Department said the US trade deficit widened sharply in June.
The dollar slipped against a basket of currencies while US Treasury yields fell. Stocks on Wall Street were mixed.
The moderation in employment gains and steady wage growth could ease concerns about the economy overheating, and keep the Federal Reserve on a gradual path of monetary policy tightening.
The US central bank kept interest rates unchanged on Wednesday while painting an upbeat portrait of both the labour market and economy. The Fed said "the labour market has continued to strengthen and economic activity has been rising at a strong rate."
The Fed increased borrowing costs in June for the second time this year. Economists expect another rake hike in September.
A shortage of workers could have restrained hiring last month. There are about 6.6 million unfilled jobs in the nation. A survey of small businesses published on Thursday showed a record number of establishments reporting that they could not find workers in July.
According to the NFIB, the vacancies were concentrated in construction, manufacturing and wholesale trade industries. Small businesses said they were also struggling to fill positions that did not require skilled labour.
The Fed's Beige Book report last month showed a scarcity of labour across a wide range of occupations, including highly skilled engineers, specialised construction and manufacturing workers, information technology professionals and truck drivers.
Manufacturing payrolls rose by 37,000 jobs in July after increasing by 33,000 in June. Construction companies hired 19,000 more workers after increasing payrolls by 13,000 jobs in June. Retail payrolls rebounded by 7,100 jobs last month after losing 20,200 in June.
Education and health services added 22,000 jobs last month, the fewest since October 2017, after boosting payrolls by 69,000 jobs in June. July's slowdown in hiring reflected a loss of 10,800 education services jobs.
Transportation payrolls dropped by 1,300 jobs last month, with transit and ground passenger transportation employment declining by 14,800 jobs. Utilities employment fell for a third straight month and the finance and insurance industry shed 9,400 jobs last month.
Government employment fell by 13,000 jobs in July.
"The data tells us a story of two labour markets, significant labour shortages for blue-collar workers versus moderate tightness in white-collar jobs," said Gad Levanon, chief North America economist at the Conference Board.