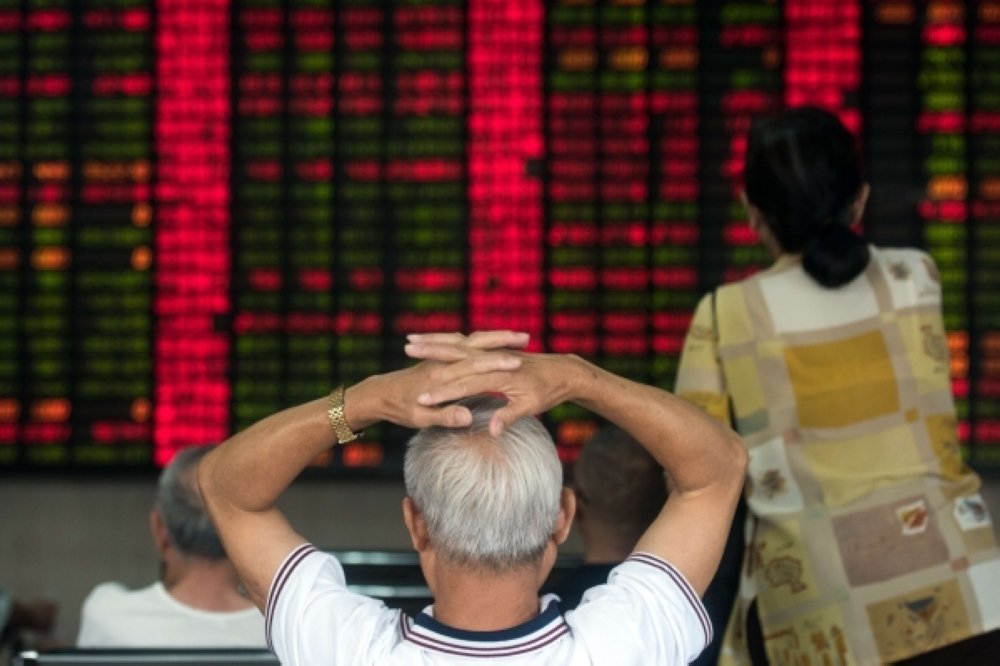 Shanghai: China stocks plunged on Thursday morning after U.S. President Donald Trump proposed a higher 25 per cent tariff on $200 billion worth of Chinese imports, bringing the Sino-U.S. trade war back into sharp focus.
The president directed the increase from a previously proposed 10 per cent tariff after China refused to meet U.S. demands and imposed retaliatory tariffs on U.S. goods, U.S. Trade Representative Robert Lighthizer said on Wednesday.
At the midday break, the Shanghai Composite index was down 2.5 per cent, and the blue-chip CSI300 index had tumbled 2.6 per cent.
The losses extend a slump that has cemented the Shanghai Composite index's status as the world's worst-performing major stock index this year. As of Wednesday's close, the index had lost 14.6 per cent this year.
Selling on Thursday was broad-based, with the CSI300's financial sector sub-index down 2.4 per cent, the consumer staples sector off 3.3 per cent and the real estate index 3.7 per cent lower.
The smaller Shenzhen index dropped 3.1 per cent and the start-up board ChiNext Composite index weakened 2.5 per cent.
"Market sentiment was dampened by renewed trade war fears," said Zhang Quan, an analyst at Huaan Securities. "But investors need not be overly pessimistic as China is taking steps to hedge the risks from trade frictions with the United States, including monetary and fiscal policy easing."
Shares in Hong Kong also fell sharply. The Hang Sang Index dropped 2.3 per cent and Chinese H-shares listed in Hong Kong skidded 2.6 per cent.
China's currency was flat after the central bank set the yuan's daily trading band midpoint at 6.7942 per dollar, stronger than the previous day's fixing of 6.8293.
At 0343 GMT, the yuan was changing hands at 6.8141 per dollar, 9 pips stronger than its onshore close Wednesday of 6.8150.
The yuan's recent weakness prompted Deutsche Bank to revise its forecast for the currency's year-end level to 6.95 per dollar from 6.8, and to 7.40 per dollar by the end of 2019 from 7.2.
The Communist Party's official People's Daily newspaper on Thursday sought to reassure readers amid signs of slowing growth, a weakening currency and a slump in markets by praising what it called the party's "superb wisdom and skill" in managing the economy.
A second report in the newspaper said the country's market risks were "generally controllable".