About 85 per cent females among more than 1,100 teachers appointed in Oman 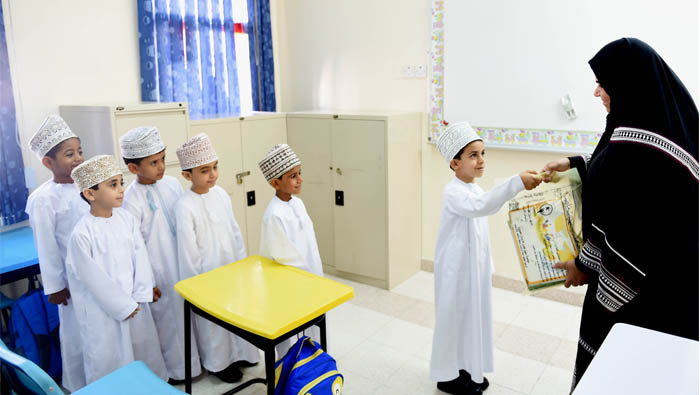 Muscat: The Ministry of Education announced on Wednesday, the appointment of 1,187 new Omani Graduates as teachers for the academic year 2018/2019.
The appointments were made from the list of waiting candidates who had achieved the required level in the tests.
The appointments were made in coordination with the Ministry of Civil Service.
Among the appointed teachers were 180 males (15.16 %) and 1,007 females (84.84 %).
Abdullatif bin Ali Abdullatif, Undersecretary of the Ministry of Education for Administrative and Financial Affairs said that the Ministry of Education communicated with Sultan Qaboos University for designing the tests which were conducted at the campus of the university.
He advised students interested in joining the colleges of education within and outside the Sultanate to choose from among the specialisations which are actually needed during the upcoming years in the schools of the Sultanate.