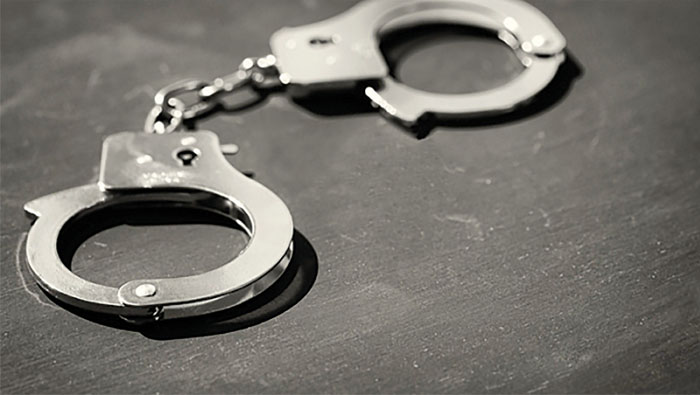 Muscat: Bouncing a cheque was the number one crime in Oman last year, though total crime figures for the year dropped by almost 9 per cent, according to Public Prosecution data.
Oman witnessed an 8.9 per cent drop in the number of crimes committed in the country in 2017, compared to 2016, according to the Public Prosecution.
While bouncing a cheque is still the number one crime in the Sultanate, the number of recorded offences dropped between 2016 and 2017.
Overall, the figures showed that 34,629 crimes were committed in 2017, compared to 38,002 crimes in 2016.
Additionally, four out of every ten offenders in 2017 were expats, according to the statistics.
Among those expats who committed crimes were 12,622 males, 1,147 females and 98 juveniles.
Issuing bounced cheques topped the list of the 10 most reported crimes in Oman in 2017.
A total of 4,716 cheque cases were recorded in 2017, compared to 5,470 cases in 2016.
Muscat topped other governorates in cheque crimes with 2,270 cases, followed by North Batinah, which registered 499 cases.
Regarding the writing of bad cheques, Mobin Khan, a Muscat based chartered accountant, told the Time of Oman, “Most people fall prey to bounced cheques, as they write these cheques for car instalments, as well as other personal things.
The reason is that the employer they are working for may not be able to pay salaries due to the recent economic downturn.
It might be that the employer, himself, faces difficulties.
“I don’t see it as a problem in 2018 or beyond, as the economy is recovering. It will be a thing of the past,” he added.
The number of cheques that bounced in 2016 in Oman reached 373,082, up from 282,209 in 2015 and representing a 32 per cent increase, a Central Bank of Oman report revealed.
Also, the total number of cheques which were subject to the cheque clearing process in 2016 increased by 8.81 per cent compared to last year, amounting to 4.44 million cheques.
According to the Central Bank of Oman, insufficient funds continue to lead the list of reasons for bounced cheques (74.88 per cent), followed by accounts that have been closed or “legally blocked” accounts (9.79 per cent), and bank encoding errors (4.05 per cent).
Also, as a percentage of total cheques, bounced cheques saw an increase from 6.91 per cent in 2015 to 8.40 per cent in 2016.
Drug-related crimes followed bounced cheques as the second most common crime.
This was followed by 2,272 cases of theft; 1,993 “insult to dignity” cases; 1,808 cases of labour laws being violated and 1,350 cases of traffic violations.
Arrests violating consumer protection laws reached 1,298, while there was a spike in crimes of abuse against minors, as the number rose to 1,111.
Illegally entering the country was another crime that was on the rise, as 1,049 incidents were recorded.