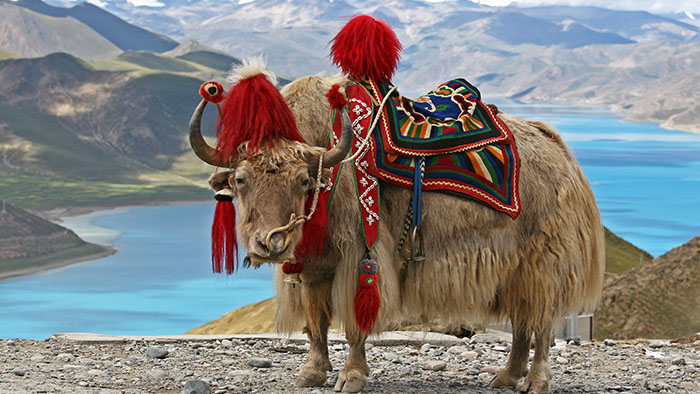 Who wouldn’t crave for a little privacy from the chaotic ways of life? Well, this holiday make sure to witness the extremely rich, varied, and unusual natural heritage of Bhutan. With nearly 26% of the total acreage in wildlife sanctuaries, nature reserves, national parks, and conservation locations, Bhutan is the nature enthusiasts’ delight. The country renders finest options to choose wildlife safaris over the frustrating cities and beaches. Bhutan travel bundles render complete wildlife safaris that can be combined with fascinating Buddhist culture and jaw-dropping Himalayan landscapes.
Jigme Dorji National Park
Covering the location of 4329sqkm, Jigme Dorji National Park is the biggest saved area in the kingdom. Practically covering the entire region of Gasa district, it conquers the parts of western areas of Paro, Punakha, and Thimphu districts. The park possesses being the residence to endangered types like Snow leopard, tiger, blue sheep, musk deer, Himalayan black bear, red panda, etc.
**media[911530]**
Jigme Singye Wangchuk National Park
Bhutan plan trip brings you Jigme Singye Wangchuk National Park, which is the 2nd biggest secured location of Bhutan and spreads over an area of 1723sqkm. Previously recognised as the Black Mountain National Park, it is presently relabelled after the 4th king of Bhutan. The park is the dwelling place of diverse habitats, and huge forests.
TrumshingLa National Park
Bhutan trip packages provide you to the most recent National Park of Bhutan. Found in the central Bhutan, this stretching vicinity with 768sqkm provided the photographic proof of the presence of tigers on a high elevation of 3,000 metres. Besides, it is popular for its fascinating beautiful appeal, thick woods, and rich alpine meadows.
Royal Manas National Park
Covering an area of 1023sqkm, Royal Manas National is the oldest secured location in Bhutan. It was developed as early as 1966 and declared as National Park in 1993. It takes pride in having more than 362 species of birds. It is the residence to the tiger, rhinos, buffalos, bears, elephants, hispid hare, golden langur, and a lot more.
**media[911531]**
Bumdeling Wildlife Sanctuary
Located in the northeastern part of Bhutan, Bumdeling Wildlife Sanctuary covers a location of 1,538 sqkm. It safeguards the dwelling place of snow leopard, blue sheep, tiger, red panda, musk deer, Himalayan black bear, fox, and so on. The sanctuary houses 293 species of birds. It is also the winter home of black-necked cranes that are searching for get aways from the extreme cold plateaus of Tibet.
Sakteng Wildlife Sanctuary
Located in the eastern area of Bhutan, Sakteng Wildlife Sanctuary with an area of 650sqkm is one of the unusual sanctuaries as it was created to protect ‘Yeti’, the despiteful Snowman called as ‘Migoi’ by the locals. There are many folklores and urban myths about this creature, but there are no clinical evidence validating the existence of this legendary creature.
Torsa Strict Nature Reserve
Spreading over a location of 644sq km, Torsa Strict Nature Reserve dwells in the significant distance at the western region in the kingdom. The preserved area spreads over to conquer 2 Dzongkhags of Haa and Samtse. Bhutan plan trip extends a trip to Torsa Strict Nature reserve, which is the only nature reserve in the kingdom that is uninhabited by human beings.
Khaling Wildlife Sanctuary
Spread over an area of 273sqkm, Khaling Wildlife Sanctuary is located in the south-eastern region of Bhutan. The sanctuary sprawls over covering the Dzongkhag of Samdrup Jongkhar. With an elevation varying from 400-2,200 metres, it is the smallest of Bhutan’s preserved areas. The sanctuary is a home to gaur, elephant, and other tropical wildlife that includes uncommon hispid hare and pygmy hog. If you fancy the natural view, Bhutan tourism plans encompass you to wildlife safari that will get you up close with an entire host of incredible animals.