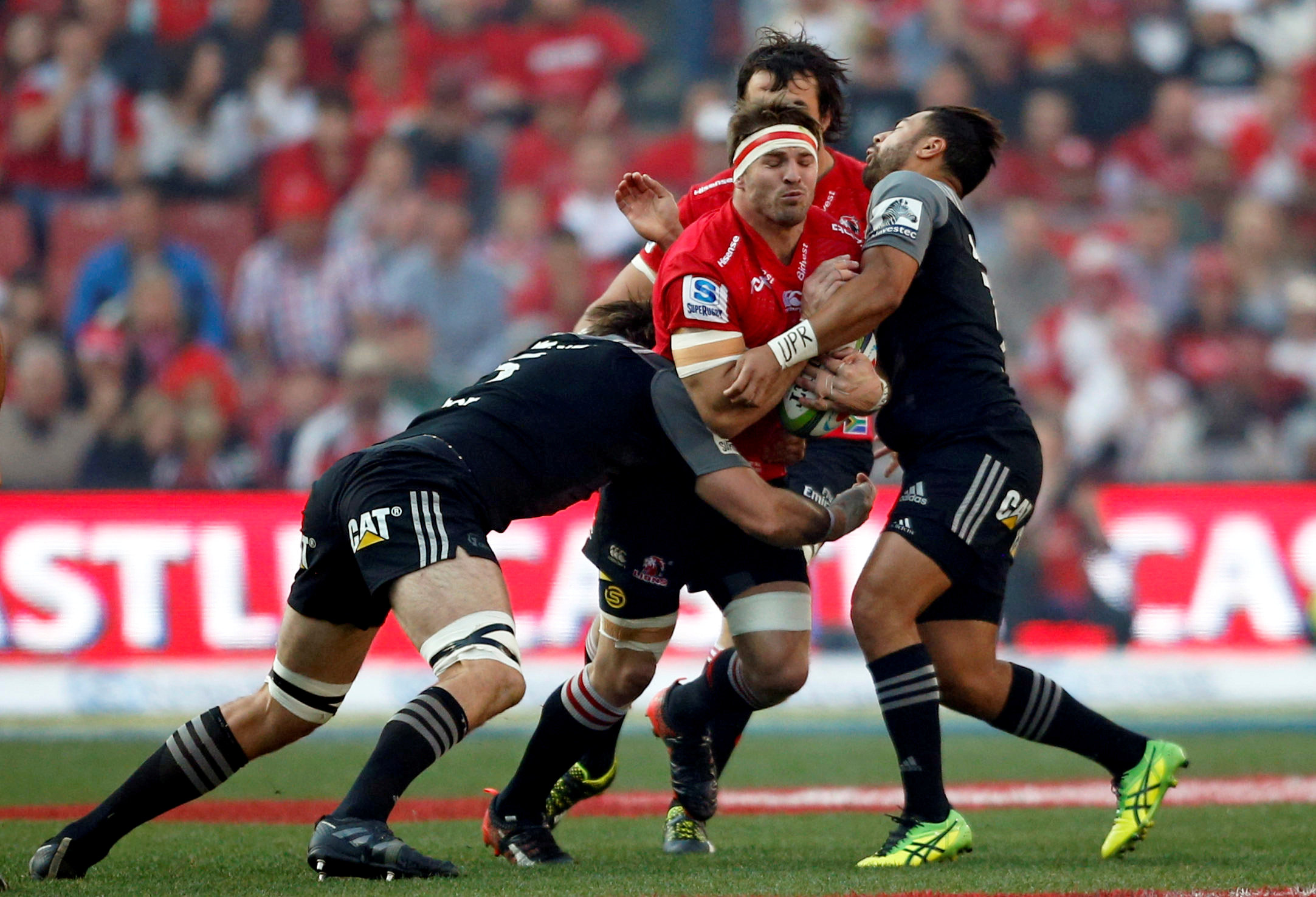 CAPE TOWN: Fans either love him or hate him but Lions coach Swys de Bruin thinks mercurial flyhalf Elton Jantjies knows how to make the tough calls and will be key to his side's chances of beating the Canterbury Crusaders in Saturday's Super Rugby final.
The 27-year-old pivot has been a Springbok for the last six years, is approaching 30 caps for his country and has played in two previous Super Rugby finals but many in South Africa remain unconvinced about his ability at the very top level.
De Bruin is not among the doubters, however.
"What I love about Elton is that he makes tough call; calls that other flyhalfs don't make," said the Lions coach.
"He is part of the spine of the team who could turn it our way."
A couple of days after the fact, De Bruin was still purring over a Jantjies cross-field kick in the last minute of Saturday's semi-final win over the New South Wales Waratahs that led to a sixth try for the Lions.
It was not the first touch of genius from Jantjies at Ellis Park but the criticism of him is that he has been unable to translate that flair to other arenas, or make the step up to test level.
To describe him as something of an enigma would be to temper some of the vitriol directed his way.
"He's resilient, he can take the punches," said De Bruin.
"He ironically does a lot of boxing in his spare time. Elton is a real fighter, he's an unbelievable team man.
"I haven’t ever substituted Elton during the game. I’ve got that much faith in him, even when he has a bad game, we stick with him. I think that’s remarkable."
Saturday's final against the eight-times champion Crusaders in Christchurch presents Jantjies with a huge opportunity to turn opinions in his favour.
The Lions, who go into the match at Rugby League Park as massive underdogs, will look to him to direct their counter-attack and exploit any turnover ball as well as keep the scoreboard ticking over from the kicking tee.
"Elton is a true professional, there’s a reason he’s played more than 100 Super Rugby matches," De Bruin said.
"And we’ve seen before that he’s bounced back many times."