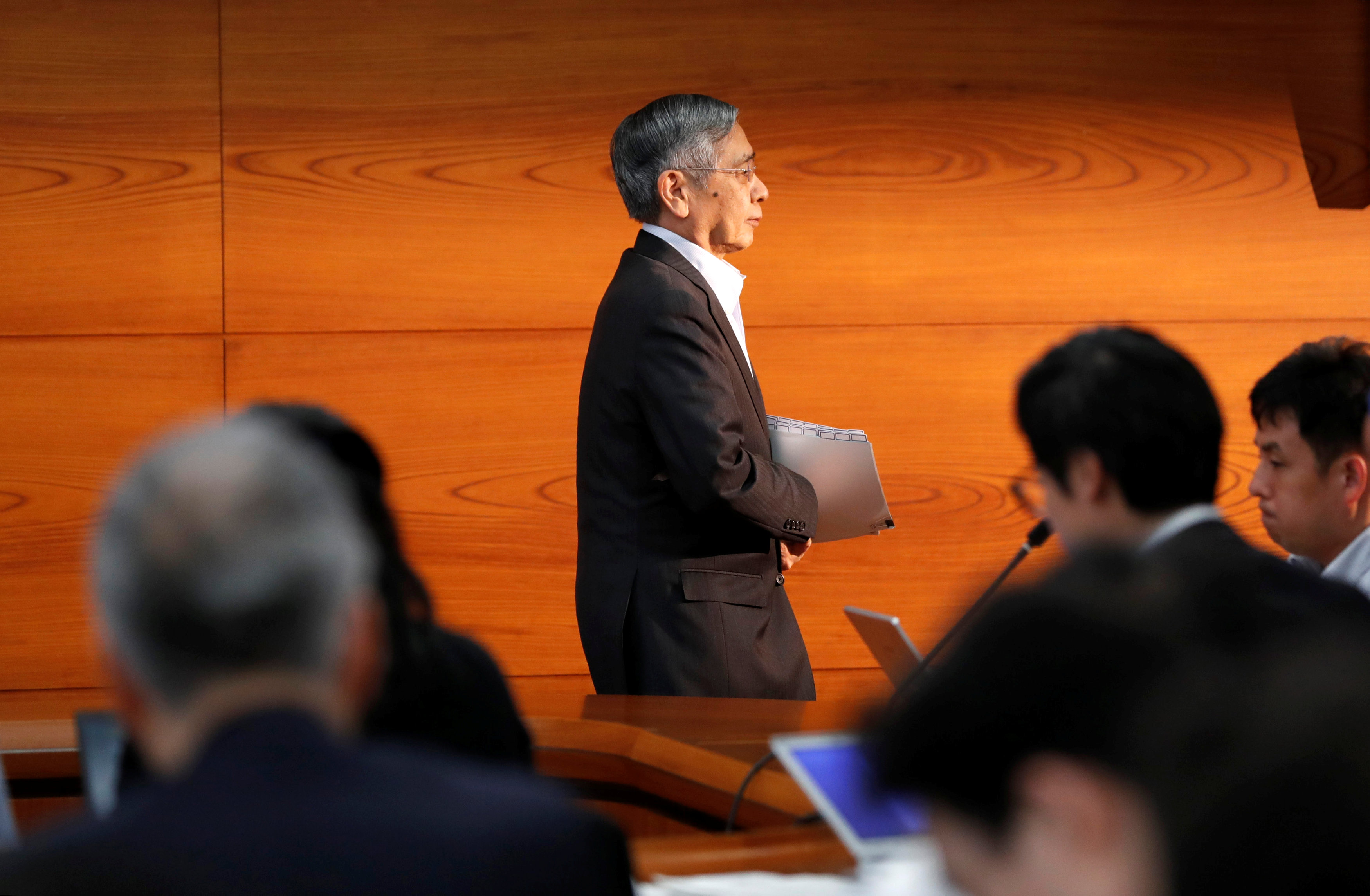 London: Reassurance by the Bank of Japan that it will keep its super-easy monetary policies in place for an extended period pushed the yen and global bond yields lower on Tuesday, though mounting concerns about the tech sector kept world stocks under pressure.
A recent Reuters report that the BOJ could be debating scaling back its massive stimulus programme had sent Japanese bond yields to 1-1/2 year highs, spilling into euro zone and US debt markets. That helped push yen more than 2 per cent off six-month lows hit against the dollar in early July.
But while the BOJ announced some tweaks to its equity purchase programme and said its stimulus plan would be more flexible, the changes did not show any inclination for radical shifts from its accommodative stance.
In response, yields on 10-year Japanese government bonds fell 3 basis points, and 40-year yields slid nearly 9 basis points, pushing 10-year US and German yields down around 2-3 bps.
"The BOJ is important in the sense of what they didn't do," said Andrew Milligan, head of global strategy at Aberdeen Standard Investments in Edinburgh.
"It was disappointing for some investors who thought they would be more hawkish in their approach and the market reaction, with lower yen and bond yields, shows that view which many people held, is mistaken."
The yen slipped around 0.2 per cent to trade around 111.2 yen. Many analysts now see it easing to around 113, especially if the US Federal Reserve delivers a hawkish interest rate message when its policy meeting ends on Wednesday.
The dollar was flat against a basket of currencies but looks likely to snap a three-month streak of gains as markets have more or less priced in two more Fed rate hikes this year. The greenback had rallied more than 5 per cent in the second 2018 quarter.
The BOJ decision failed to offer a significant boost to equities, however. Markets have been roiled by growing concerns about the global tech sector which had seemed relatively immune to trade tensions between the United States, Europe and China.
But lacklustre earnings from Netflix and Facebook have triggered losses across the tech sector with Wall Street's tech index shedding 6 per cent in the past three sessions.
That pushed world stocks to one-week lows and even Japan's Nikkei failed to hold on to earlier BOJ-fuelled gains, ending the day flat. MSCI's index of Asia-Pacific tech shares fell almost one per cent.
European tech followed suit, losing 0.4 per cent and lagging broader equities that started the day flat.
Wall Street was set for a modestly firmer open, futures signalled.
The tech retreat has overshadowed a generally buoyant US earnings season, with average 22.6 per cent profit growth and 83 per cent of companies beating consensus estimates so far. That included heavy equipment maker Caterpillar, seen as a bellwether of global economic growth.
Milligan attributed the setback to a re-assessment of share prices and summer profit-taking rather than a fundamental loss of confidence in the sector. World stocks are still set to end July with the best monthly returns since January, despite trade tensions, growth fears and tech selling, he noted.
"The market is saying 'you are fairly valued around these prices so let's wait for the next big story'. That will either be on the downside with trade tensions in autumn or it could positive if Chinese stimulus turns out to be greater than expected," Milligan added.
He was referring to Beijing's announcements, offering more fiscal stimulus to counter the effect of US trade tariffs and incentives for banks to lend to small business.
Markets now await Wednesday's Fed policy statement to see if the expected two rate hikes for the remainder of 2018 can be cemented in. In Britain, a 25 basis-point hike is now widely expected on Thursday, despite economic weakness linked to Britain's looming European Union exit.
The British pound has already priced the move, David Riley, chief investment strategist at BlueBay Asset Management, said, adding: "I think they will do it but it will be one and done."
The pound firmed 0.2 per cent to around $1.3156, having drifted off 10-month troughs of $1.2955 touched earlier in July.