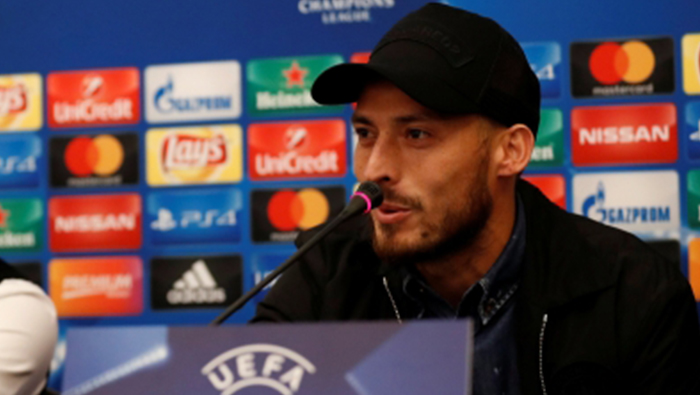 Manchester: David Silva, Manchester City's midfielder says his current contract, which runs until 2020, could be his last at the Premier League champions and has ruled out a future move to any rival club in England.
The Spain international has been an integral part of City's success, scoring 61 goals and providing 115 assists in 346 appearances to help the club win three league titles, an FA Cup and three League Cups since his arrival 2010.
"When I finish my contract with Manchester City I will be 34 years old, at that time I will probably want to do something different," Silva told Sky Sports. "I don't know yet but I won't play for another club in England.
"People always love me in England, it's been eight years - very successful years, and the football we've played has been very attractive. English people love that type of football - those type of games. And that's why I'm so happy here."
City have bolstered their squad further following their record-breaking exploits last season as they aim to become the first team to retain the league title since Manchester United in 2009.
"It's going to be very difficult, especially this year with the big teams Man United, Arsenal, Chelsea spending lots of money to get very good players," Silva said.
"To win consecutive leagues is going to be very difficult but we're going to try. I'm sure this year we're going to do it."
Following an underwhelming World Cup campaign, Silva could return to action for City in their Community Shield clash against Chelsea on August 5 or their league opener at Arsenal a week later.