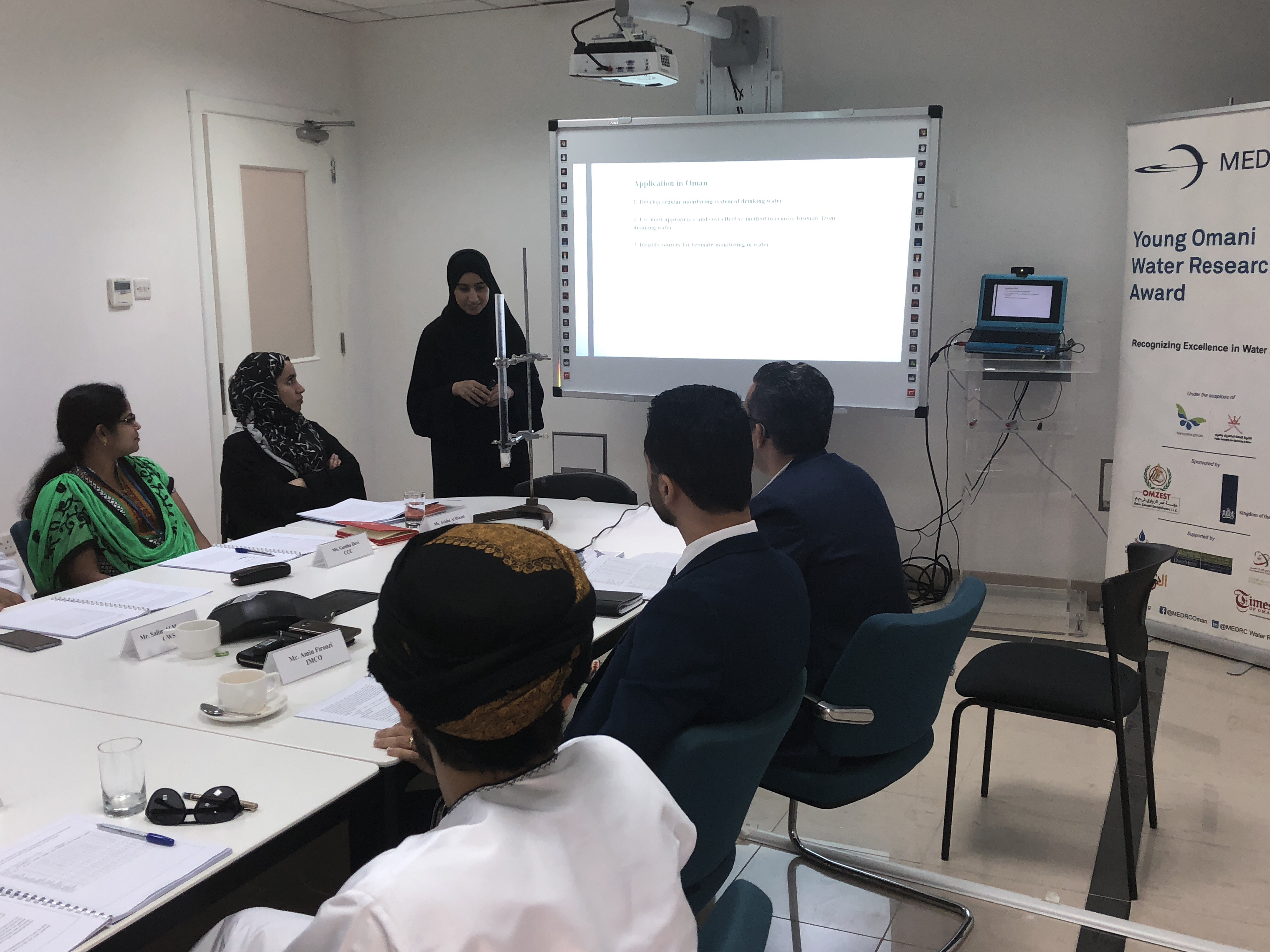 Muscat: Six young Omani researchers have been shortlisted as finalists for the ‘Omani Young Water Researchers Award 2018’.
The winner is due to be announced on August 8 at Middle East Desalination Research Centre (MEDRC) Water Research in Al Hail.
The shortlisted candidates for the Omani Young Water Researcher Award 2018 are: Asma Said Al Kharusi from Caledonian College of Engineering (CCE), Abdullah Al Balushi from University of Nebraska-Lincoln, Raya Salim Said Al Farsi from Sultan Qaboos University (SQU), Azza Khalfan Darwish Al Subhi from International Maritime College of Oman (IMCO), Zaineb Khalfan Hamed Al-Hajji and Mohammed Al Naaimi from SQU.
The finalists underwent a review process with the final stage culminating on Tuesday, with candidates defending their research findings to a panel of judges representing leading research centres, private enterprises, ministries and universities in Oman.
Launched by MEDRC Water Research in March of this year, the award aims to recognise the valuable contributions of young Omani researchers, whose work has the potential to significantly influence the water sector in Oman. Manal Al Balushi (Middle East College) won the inaugural award held in 2017 for a case study of non-revenue water in the Seeb water supply system.
The winners will be presented with a medal, certificate of achievement, and a paid trip (flights and accommodation) to attend the European Water Tech Week Leeuwarden 2018 in The Netherlands, from September 24 to 27.
The sponsors of the initiative are Omar Zawawi Establishment LLC and the Embassy of the Kingdom of the Netherlands in Muscat. It is also being overseen by the Public Authority for Electricity & Water (PAEW/Diam). The award focuses on water management, water treatment technologies and desalination and related environmental research.
‘Prize opens up opportunities’
“Winning the Omani Young Water Researcher Award is more than a matter of honor and prestige. It offers the victor a valuable opportunity to enhance their professional development by connecting them with industry professionals and decision makers through MEDRC’s extensive network and exposing them to a variety of new situations and experiences.
“Since her win in 2017, Balushi has travelled to The Netherlands to attend an international water conference, made a number of speaking engagements, authored a featured article in a leading water industry publication and given numerous press interviews,” an official statement from MEDRC said.