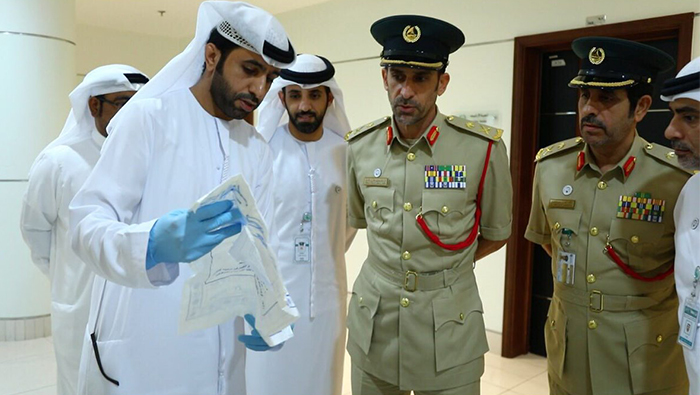 Muscat: The Dubai Police has recovered a 9.33 carat diamond estimated to be worth $20 Million after it was smuggled out of UAE, in a case that has baffled everyone.
Police eventually arrested the suspect who was holed up in a neighbouring country after switching off his phone. However, tracing the accused wasn't a smooth ride as police had to sift through thousands of hours of CCTV footage, followed by questioning over 120 people.
According to officials, the diamond was hidden in a shoe box and was smuggled to an Asian country. However what surprised everyone was how the suspect, a guard who was working with a money transfer company, got past all the multiple, complicated security settings and stole the diamond. Once he stole it, he passed on the diamond to his cousin who then smuggled it through a boat.
Colonel Mohammed Aqil Ahli, Deputy Director of the Department of Criminal Investigation, said the police were notified about the theft by the company's officials who were baffled by the crime, as the suspect had to go through multiple and complicated layers of security gates to get to the diamond. Despite these security precautions, the suspect managed to enter the vault and carry out the theft.
After the police identified the accused, they found out that he had cut all contact with his acquaintances.