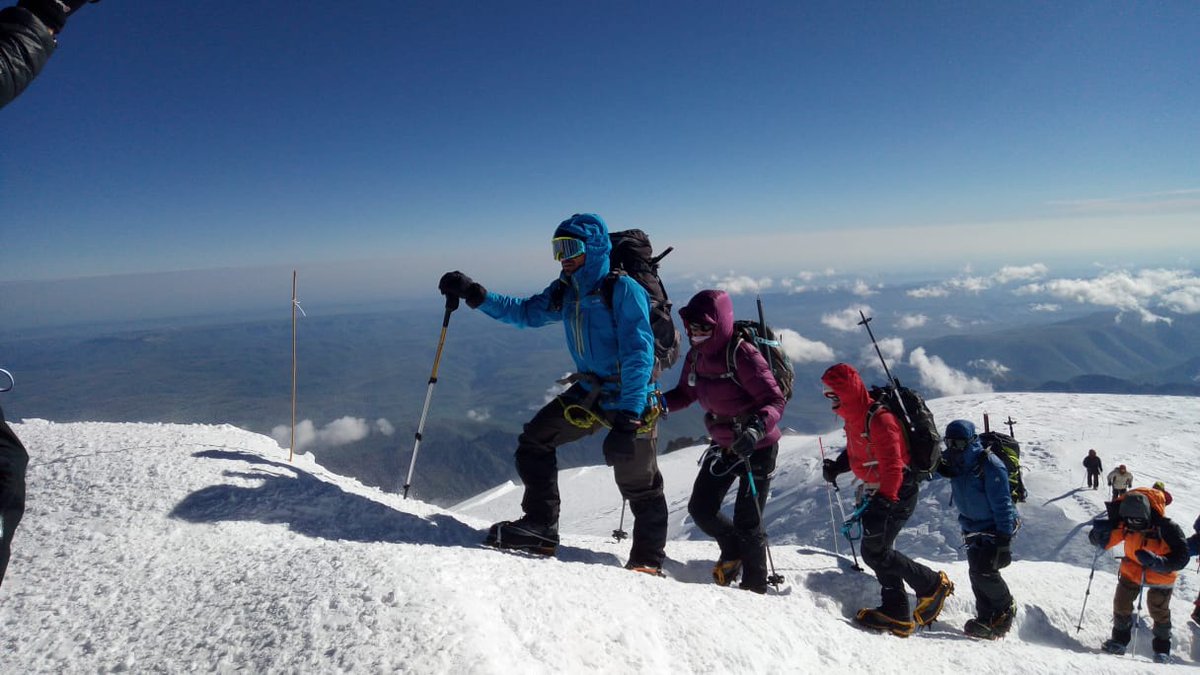 Muscat: Omani adventurer Sulaiman Al Naabi has managed to climb the highest peak in Europe (Mount Elbrus), reaching the summit on July 23, 2018 — the Sultanate's 48th Renaissance Day.
Mount Elbrus is the highest peak in Europe, at 5,642 meters above sea level. It is an inactive volcanic mountain from the Caucasus Mountains in Southern Russia.
"The climb began on July 18 and it took 6 days to reach the top of the mountain, on the 23rd of the same month, coinciding with the blessed Renaissance Day, where I was able to raise the flag of the Sultanate and the image of His Majesty Sultan Qaboos Bin Said," said Al Naabi, who hails from the Wadi Al Ma'awal region.
Al Naabi pointed out that the adventure was a personal initiative, coming after he represented Oman by climbing the highest mountain in Africa, Kilimanjaro, and climbing Aconcagua maintain in Argentina which is the highest peak outside Asia.
He added: "This achievement comes in line with the Sultanate's celebrations of the blessed Renaissance day. I would like to give the Sultanate this achievement and raise the flag of the Sultanate, and the image of His Majesty on the highest mountain in Europe."
It is worth noting that Elbrus is one of the coldest mountains in the world, where the temperature reached 30 degrees below zero, and there are many avalanches and strong winds climbers face on this trip.
— With inputs from ONA