Over 19,000 families displaced by tropical storm in Philippines 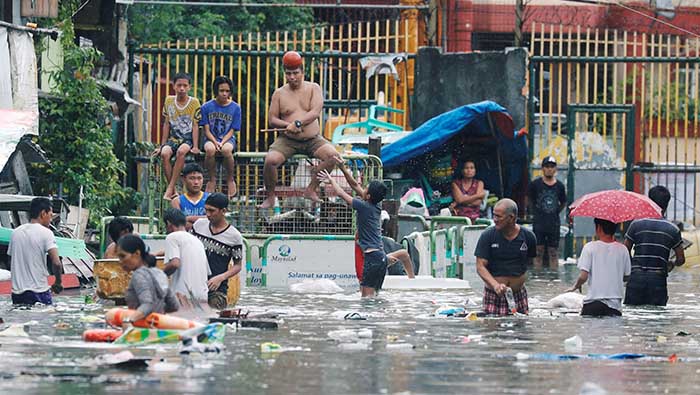 Muscat: Over 19,000 families in the Philippines have been displaced by Tropical Storm Henry, according to the island nation's National Disaster Risk Reduction and Management Council (NDRRMC).
In an updated report on the Philippines News Agency, NDRRMC executive director Ricardo Jalad said the families are residing in 124 barangays (small villages or suburbs) in Central Luzon (Region III), Calabarzon, Mimaropa and the National Capital Region.
The number is equivalent to 71,310 individuals. Some 1,548 families or 5,420 people are put up in 59 evacuation centres while 7,415 families or 26,909 individuals are currently outside the evacuation centres.
The report also said that a total of 152 houses were reported damaged, eight totally and 144 partially in Regions III and VI and a total of PHP4,441,941.60 worth of agricultural damage was recorded in the Occidental Mindoro province.
Tropical Storm Henry, also known as 'Son-tinh', left the Philippines on Tuesday. However, light to heavy rains continue to hit parts of Luzon as yet another tropical storm, called 'Inday' intensifies according to the state weather bureau.