Boeing in talks with Airbus, others for German helicopter bid 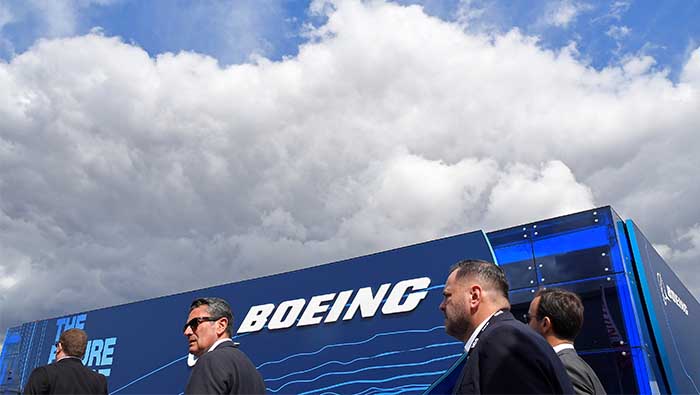 London: Boeing Co is in talks with Airbus and other companies about joining its bid for a 4 billion euro ($4.7 billion) heavy-lift helicopter contract in Germany, the head of business development for Boeing's defence unit said on Wednesday.
Gene Cunningham told Reuters that Boeing was continuing to fine-tune its approach for the German competition, which pits Boeing's CH-47 Chinook against the new CH-53K Sikorsky King Stallion built by Lockheed Martin.
The German defence ministry expects to start the competition later this year or early next, with the target of awarding a contract in mid-2020 for deliveries to start in 2023.
"We are still in talks with other companies, Airbus included, and we continue to strengthen the team that we've put in place," Cunningham said in an interview at the Farnborough Airshow outside London.
He said those discussions would continue as the proposal process unfolded, and Boeing evaluated Germany's needs for the new helicopters and subsequent servicing.
Boeing has already teamed up with 10 German firms to bid for the contract, squaring off with the biggest U.S. arms maker, Lockheed Martin, which has also announced agreements with Germany's Rheinmetall and other firms.
Cunningham said the CH-47 was well positioned to win the contract given its performance, cost and the fact it is already in use by a number of Germany's NATO allies, including the Netherlands, Britain, Spain, Canada and Italy.
The CH-53K is a new aircraft developed for the U.S. Marine Corps that is due to be declared operational in 2019. The new helicopters will replace the existing CH-53G fleet that has been flying for over 45 years.
Buying the Chinook would strengthen cooperation among German and its NATO partners, while providing assurance that the products and capabilities would be readily available to be available, Cunningham said.
He said he did not expect changes at the helm of the German air force and arms procurement arm to affect the competition. "I don't envision a significant change," he said.
Barry McCullough, who leads business development at Lockheed's rotary and missions systems business, said cost would clearly play a role, and that his company was working hard to reduce the cost of the new CH-53K aircraft.
He said a plan was in place to trim overall programme costs by $800 million, which would drive down unit costs for possible foreign military sales to Germany and Israel.