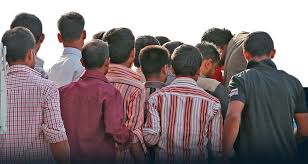 Muscat: A total of 89 illegal migrants of different nationalities were deported from Oman, while 78 others were arrested in several states in the Sultanate , the Royal Oman Police (ROP) announced.

According to an official from the ROP, “The statistics of the Directorate of Combating Infiltration in the General Directorate of Operations indicated that last week, in cooperation with the other military and security forces, 78 infiltrators of various nationalities were arrested in a number of Wilayats on charges of illegally entering the country."

The official added, "89 infiltrators were deported after taking the necessary legal measures In coordination with their concerned embassy."