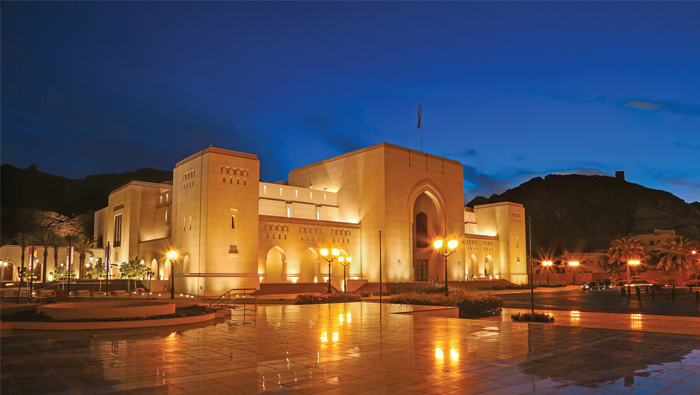 Saint Petersburg, Russia: The National Museum will organise on July 23 a celebration entitled “Oman Day”, in collaboration with the Hermitage Museum in Saint Petersburg, Russia, to mark the Blessed Renaissance Day. The celebration will include a series of Omani cultural events.
These events are being held with the participation of the National Museum, the Ministry of Heritage and Culture, the Ministry of Tourism, the National Records and Archives Authority (NRAA), the Royal Oman Symphony Orchestra and the Sultanate’s Embassy in the Russian Federation.
The Omani delegation will be led by Dr. Hamad bin Mohammed Al Dhoyani, NRAA Chairman, Member of the Board of Trustees of the National Museum. The ceremony will be held on the historic Tsarist stage in Hermitage Museum, and will include a speech by Professor Mikhail Borisovich Piotrovsky, Director General of the Hermitage Museum and another speech by Dr. Hamad bin Mohammed Al Dhoyani, NRAA Chairman.
The ceremony will also include an academic symposium on Oman’s history, with the participation of Gamal bin Hassan Al Mousawi, Director General of the National Museum, who will submit a presentation in the Russian language entitled “The National Museum in the Sultanate: the 21st Century Museum”. Prof. Alexander Sidov, director of the Orientalism Museum, will present a paper entitled “Samahram: A Historical Landmark on the banks of the Governorate of Dhofar.” Prof. Alessandra Avizini, Professor of Philosophy at the University of Pisa, will present a working paper “The Site of the Historical Slout: Heart of Oman. Professor Yevim Anatolyevich Rizvan, Deputy Director of the Museum of Anthropology and Ethnography in Saint Petersburg of the Russian Academy of Sciences, presents a paper entitled “Archaeological Missions in Oman.”
Among the highlights will be the launch of a high-quality documentary on Oman’s history, entitled “Oman: Orient Pearl in the Land of Hope”, accompanied by dubbing into Russian and a musical piece by the Royal Oman Symphony Orchestra. The first joint international exhibition between the National Museum and NRAA at the Apollo Hall at the Hermitage Museum will continue until the end of September.
The National Museum is the most prominent cultural edifice in the Sultanate. It is specialised in highlighting the treasures of the Omani cultural heritage since the beginning of human life in Oman about two millennia until the present.
It was established by Royal Decree No. (2013/62) of 16 Muharram 1435 AH (20 November 2013) and thus became a legal personality in accordance with the experiences and international standards recognized in the classification of museums.
The Hermitage Museum in St. Petersburg is one of the world’s largest museums with 3 million masterpieces and is one of the oldest museums in the world and has international branches in the cities of Amsterdam, London, Las Vegas and Ferrara (Italy).
The Omani delegation participating in the celebration of the Blessed Renaissance Day, which will be held at the Hermitage Museum in St. Petersburg, Russia’s, includes Yousef bin Issa Al Zadjali, Ambassador to the Russian Federation, Gamal bin Hassan, Director General of the National Museum at the Ministry of Heritage and Culture and Rahma bint Qasim Al Farsi, Director General of Museums at the Ministry.