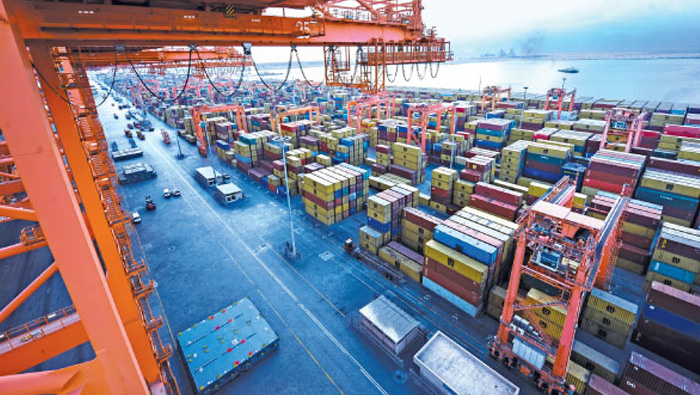 Muscat: Oman’s economy is well on its way to fulfilling its massive market potential, according to financial experts in the
Sultanate.
Lateef Shahdad, General Manager of Mass International and a financial expert said, “Since export figures are showing an upward surge during these difficult economic conditions, this is, in fact, a strong macroeconomic indicator that the Omani economy is heading towards a sustainable recovery.
“It’s a great sign that new investments and job creation is on the way. In spite of the downturn in recent years, exports have shown growth in petroleum and agro products. What this proves is that confidence among local and international investors remains strong, as they continue to capitalise on these strong indicators to bring more projects and invest in new ideas that will lead to growth in the long-term.
“In the upcoming months I expect to see many other signs of recovery, as Oman continues to be released from the clutches of recession to achieve its massive market potential in the region,” noted Shahdad.
His comments came in response to the report on Oman’s exports for the first half of 2018, in which total export revenues grew by 27.2 per cent, according to the National Centre for Statistics and Information (NCSI). The total export revenue for the first quarter of this year hit OMR3.76 billion, compared with OMR2.96 billion in the first quarter of 2017.
The value of oil and gas exports stood at OMR2.36 billion, equivalent to almost 63 per cent of the total value of commodity exports in the first quarter of 2018, thanks to an increase in the price of Omani crude oil.
Of the total exports from the oil and gas sector, OMR1.75 billion was attributed to oil exports, while liquefied natural gas exports accounted for OMR394.3 million in export earnings during the period, according to the NCSI report.
Also, chartered accountant and financial analyst Mubeen Khan echoed Shahdad’s sentiments. “The worst is over and business confidence has risen,” said Khan.
“This can be attributed to rising oil prices. The current oil price nearly matches the budget breakeven oil price, which is why the government did not need to borrow for deficit financing to balance budgets.”
Of note, Oman’s neighbour, the United Arab Emirates (UAE), retained its position as the main destination for the country’s non-oil exports in the first quarter of 2018.
The Sultanate’s non-oil exports to the UAE reached OMR183.8 million, making up 18.96 per cent of the total OMR968.6 million worth of non-oil exports from Oman from January to March 2018, according to the NCSI report. Oman’s exports to the UAE showed a growth of 11.1 per cent in the first three months of 2018, compared to the same period in 2017.
The NCSI reported that Saudi Arabia is the second largest importer of Omani products, followed by Qatar, India, and China.
Saudi Arabia’s non-oil exports from Oman grew by 23 per cent to OMR136 million during the period, while non-oil exports to Qatar surged 368 per cent to OMR119.8 million, compared to the same period in 2017.
The growth in export revenue was credited mainly to a recovery in commodity prices in international markets.
Meanwhile, the UAE retained its position as the top exporter of goods and services to Oman during the three-month period, with imports reaching OMR1.14 billion. Total imports to Oman from its various trading partners rose by 12.1 per cent to OMR2.50 billion during the same period.
According to the NCSI, the United States was the second leading country, in terms of imports to Oman, followed by China, India and Italy. A total of OMR157.7 million worth of goods from the US were imported into the Sultanate in the first quarter of 2018, representing an increase of 53.4 per cent, compared with the same period last year.