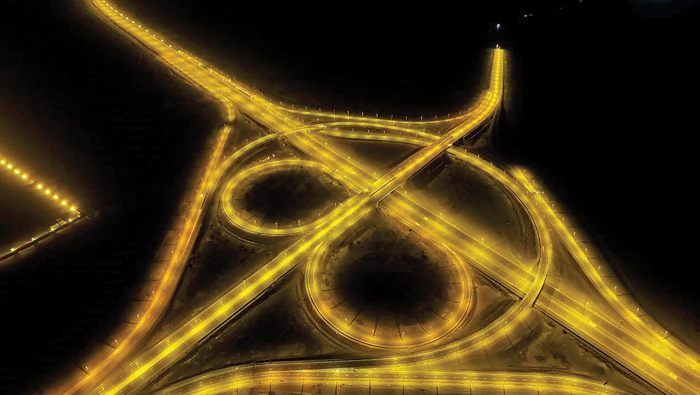 Muscat: The Ministry of Transport and Communications has unveiled plans to establish six truck weighing stations along the Batinah Expressway, in a bid to control the excess weight of trucks.
The move aims to mitigate the impact of trucks that cause enormous damage to existing infrastructure and to reduce maintenance costs, said the ministry.
“To control the excess weight of trucks, the Ministry of Transport and Communications, in collaboration with the Royal Oman Police (ROP), is implementing a mobile truck weighing system on road networks around the country,” the ministry said.
“The Ministry is working on building six truck weighing stations along the Batinah Expressway and has already invited companies to establish the truck weighing stations on the expressway.”
The Ministry of Transport and Communications opened the Al Batinah Expressway, the largest road project in the history of the Sultanate, to traffic on May 7.
The 270km-long expressway stretches from the end of the Muscat Highway in Halban all the way to Khatmat Milaha in the wilayat of Shinas in the Governorate of North Al Batinah. The expressway is among the many successes of the ministry in the fields of transport, logistics, and infrastructure.
“The Ministry of Transport and Communications is seeking to speed up the expansion of its main and secondary road network,” revealed the ministry.
Modernise network
“It is also continuing to modernise this network by improving the efficiency of roads. Traffic safety is a very important part of the design and implementation of road projects. The ministry also links rural areas to urban centres by expanding these roads.”
The ministry added that it has enacted the Land Transport Law for the Sultanate.
The Ministry of Transport, through the National Transport Company (Mwasalat), implements the public transport plan in the various governorates of the Sultanate.
The new Muscat Airport, another major infrastructure project, was officially opened on May 20.