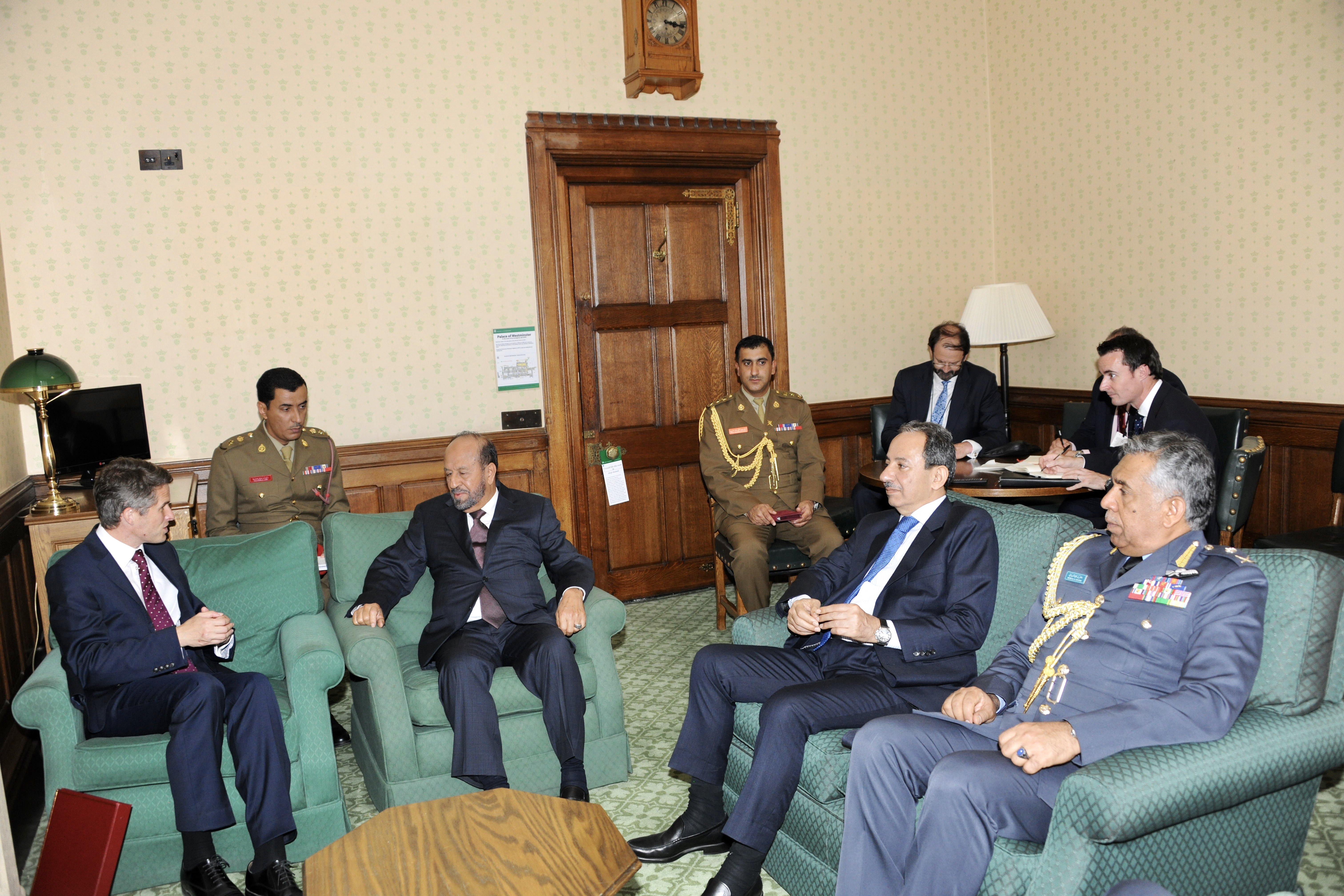 London: Within his current visit to attend the Farnborough International Airshow, Sayyid Badr bin Saud bin Harib Al Busaidi, Minister Responsible for Defence Affairs held, official talks with Gavin Williamson, UK’s Secretary of State for Defence on Tuesday.
During the talks, they reviewed existing military cooperation between the two countries and ways to enhance them in the interest of the people of the two countries.
They also discussed the latest preparations for the joint Omani-British Military Exercise “Swift Sword 3” which will be held in the Sultanate during the last quarter of 2018 . The talks session was attended from the Omani side by Air Vice Marshal Matar bin Ali Al Obaidani , Commander of the Royal Air Force of Oman (RAFO), Sheikh Abdulaziz bin Abdullah Al Hinai, the Sultanate’s Ambassador to the UK, the Sultanate’s acting military attaché in London and a number of senior officers of SAF accompanying Sayyid Badr.
From the British side it was attended by a number of senior officials from the British Ministry of Defence.