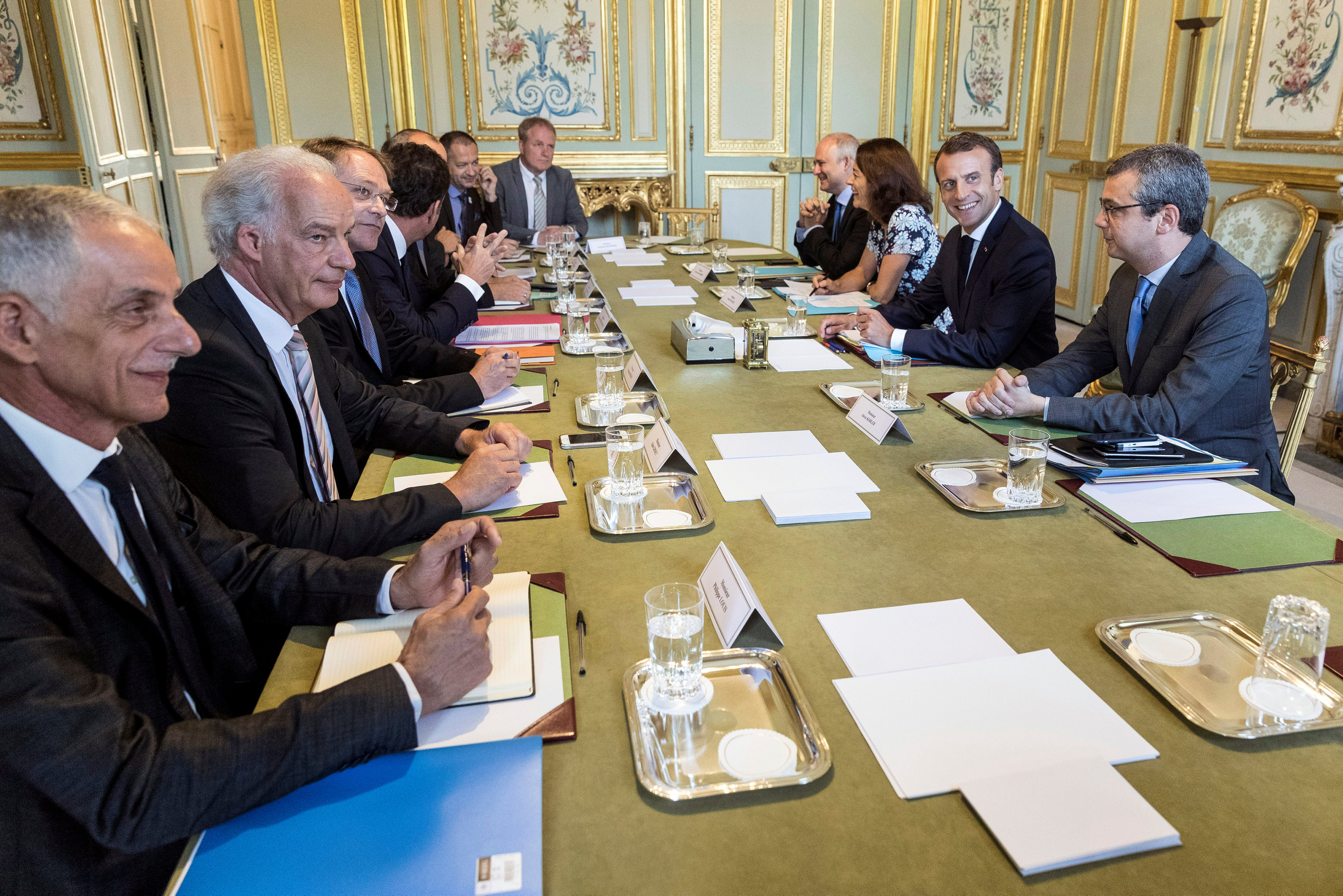 Paris: French President Emmanuel Macron told unions and bosses on Tuesday his second year in power would be a "new phase" in his presidency during which he would consult them more after largely ignoring them in his first year, an employers group said.
"The president said: 'In the first year of my presidency, I had to unblock certain situations, I went fast, that was my decision and I don't apologise for it'," Francois Asselin, the head of the CPME small companies group told reporters after meeting Macron at the Elysee palace.
"'Now I'm entering a new phase where I'll have to rely more on social partners'," Macron added, according to Asselin.
Macron passed a whirlwind of reforms in his first 12 months, including a major labour code reform which was rammed through parliament via special government decrees, prompting complaints from trade unions.
More economic and social reforms are on his pro-business government's agenda, including changes to unemployment insurance aimed at encouraging workers to take on new jobs, as well as a pension reform.
'Macron, who was elected on a promise to be 'neither of the left, nor of the right', has been under pressure to pay more attention to demands from left-wing voters, after moves such as scrapping a wealth tax earned him the tag "president of the rich", hurting his popularity ratings.