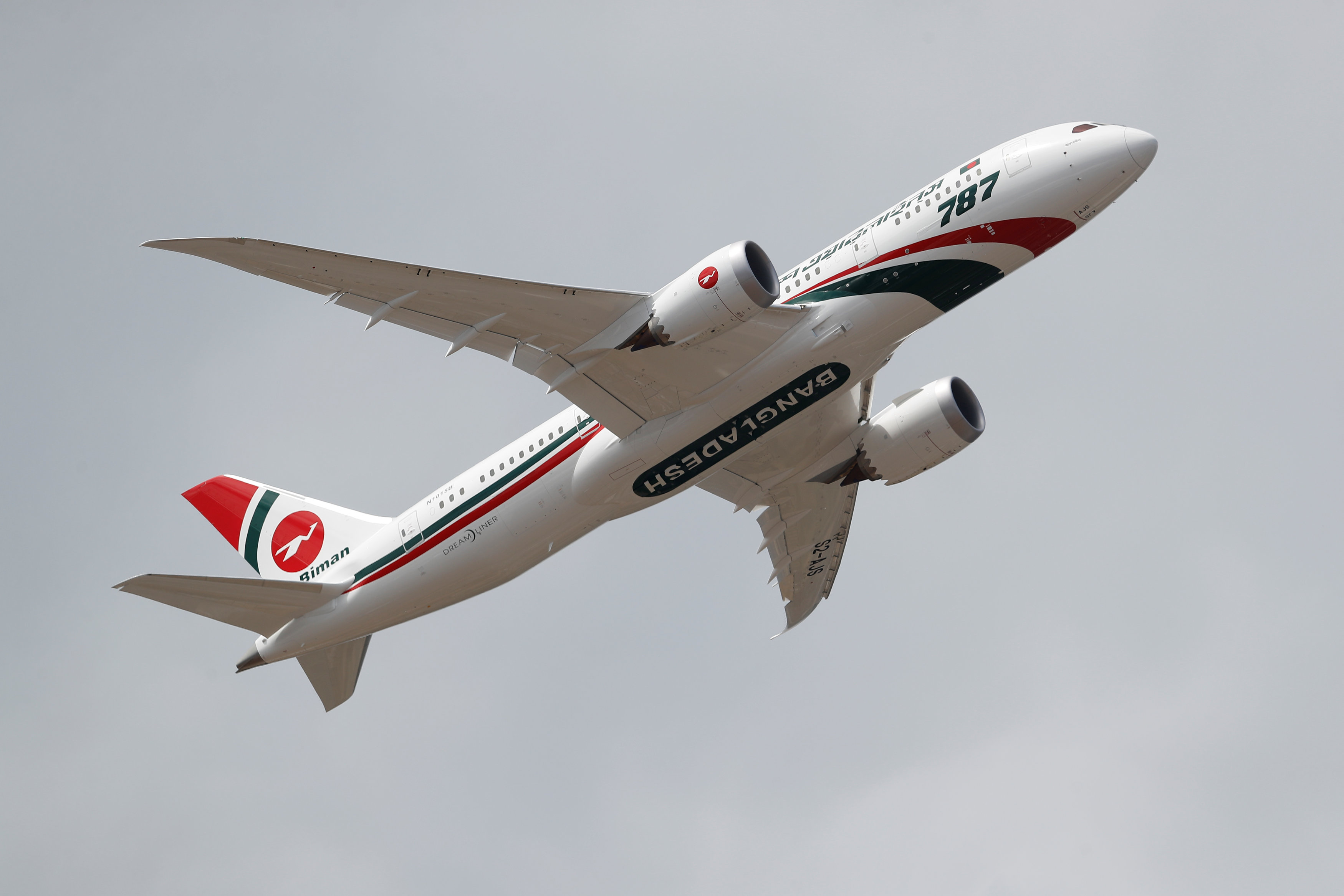 Farnborough (England): Boeing raised its rolling 20-year industry forecast for passenger and cargo aircraft on Tuesday, as a steady flow of deals on day two of the Farnborough Airshow underscored the industry's resilience to rising global trade tensions.
The world's biggest planemaker predicted 42,700 industry deliveries over the next two decades, up 3 per cent from its estimate of 41,030 a year ago. That would be worth $6.3 trillion at list prices versus last year's $6.1 trillion forecast.
The US group and European rival Airbus saw brisk trade on the opening day of the air show near London, and that continued on Tuesday, with Russian airline Volga Dnepr committing to buying Boeing freighters worth $11.8 billion at list prices, and Airbus announcing a provisional deal with an unidentified customer for 100 A320 family jets.
But analysts said many of the deals firmed up provisional agreements, disclosed previously unidentified buyers or changed existing orders, making it hard to gauge the true level of demand.
Rising oil prices and interest rates, trade tensions and uncertainty over Britain's departure from the European Union all pose a risk to an eight-year boom in civil aviation, which has boosted industry order books and share prices.
Boeing's forecasts underscored the sector's reliance on emerging markets in general and China in particular, making the US planemaker especially vulnerable should trade tensions between Washington and China escalate into a full trade war.
Boeing, which calls itself America's biggest exporter, delivered more than one out of every four jetliners it made last year to customers in China, one of the world's fast-growing aircraft markets.
Boeing's vice-president of commercial marketing Randy Tinseth told a news briefing that China looked set to overtake the United States as the world's biggest domestic air travel market in 10-15 years.
But he declined to be drawn into commenting on US trade policy, saying: "We are going to focus on what we can control."
Dominating Boeing's upbeat outlook was a 5 per cent increase in the forecast for single-aisle aircraft, such as the Boeing 737 and Airbus A320 families, underpinned by an unchanged prediction for average global traffic growth of 4.7 per cent.
The Chicago-based planemaker now sees 31,360 deliveries in the medium-haul, single-aisle category, the cash cow of the world's top two planemakers and popular with low-cost airlines.
Two weeks ago, Airbus raised its own rolling forecast for industry deliveries by more than 7 per cent and revamped the way it predicts demand, introducing new plane categories from 'Small' to 'Extra-Large' and blurring the traditional boundaries between aircraft types.
Boeing's Tinseth said Airbus sought to show it was winning a sizable share of the aircraft market.
"Let me make one thing clear," Tinseth said. "By every measure, in every way, our wide-bodies are winning. Period."
Even so, Boeing lowered its wide-body delivery forecast by 140 aircraft to 8,070, saying higher deliveries over the last year and longer-range single-aisle planes ate into the rolling forecast.
Boeing saw a small increase in demand in the cargo market, a barometer of trade and business confidence, forecasting 980 new freighters from a projected 920 a year ago, fuelled by the growth of e-commerce, particularly in China.
The planemaker unveiled a volley of freight orders in the first two days of the Farnborough show.
Boeing's overall forecast tally is a bigger number partly because it counts aircraft with 90 seats or more, whereas Airbus starts at 100 seats.
The smaller-end of the aircraft market has seen its biggest shake-up in decades after Airbus closed a deal to buy Bombardier's 110-130-seat CSeries jet, mirrored last week by Boeing's tentative deal to acquire the commercial unit of Brazil's Embraer SA.
Boeing shaved its forecast for the regional jet fleet to 2,320 deliveries. Analysts expect Boeing and Airbus to use their scale to heap pressure on suppliers to lower costs, which could trigger consolidation.
Tinseth said Boeing's market assessment could change if regional jets become "a lot more efficient or a lot lower cost to operate, and maybe there is a possibility pricing might change."
"Anytime that happens, demand will go where the lowest potential cost is," he added.