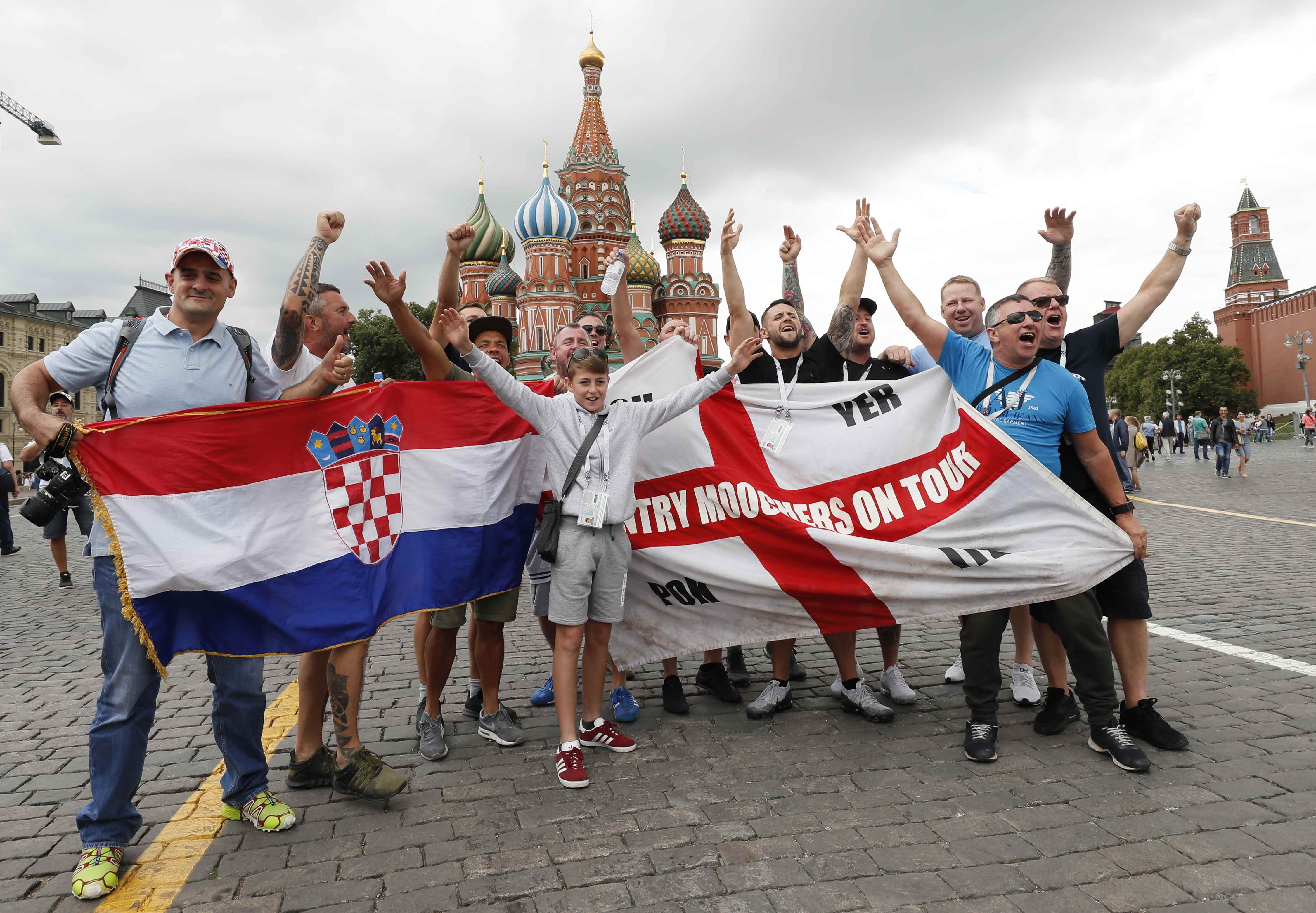 SARAJEVO/MOSCOW: Croatia may be a small country, but when they take on England in the World Cup semi-finals today, their team's supporters promise to be loud.
Fans from the Adriatic nation of 4.2 million people, who beat hosts Russia to reach the last four, have been scrambling to get to Moscow.
"You can imagine the hectic situation back home. Everybody wants to be at the stadium. It's something very big for us," said Croatia fan Neman, arriving at Moscow's Sheremetyevo airport.
"If you compare the size of the country I doubt there will be more Croatians (than English fans). But nevertheless we will be very loud," he added.
Biggest Boeing
With thousands of supporters desperate to get to Moscow, Croatian tour operators have been struggling to secure enough airplane space.
Ten charter planes carrying over 1,500 fans took off from the capital Zagreb for Moscow on Tuesday, Croatian online media TPortal said.
One tour operator has rented a Boeing 777-300ER, the largest airplane to land in Croatia, to carry 457 fans to Moscow on Wednesday, Croatian state news agency HINA said.
"At the airport it was crazy. There was not sufficient number of charter flights at the airport," Croatia supporter Igor Cicak said at the arrivals gate in Moscow.
"I think there will be more English fans, or at least equal. But the Russians will be in our favour, so we will be (in the majority)," Cicak said.
The last-minute tours to Russia cost about 7,500 kuna ($1,200), according to TPortal.
That is equivalent to around quarter of the average annual per capita household income in Croatia as of December, 2016, according to data from macroeconomic analytics agency CEIC. The package does not include a match ticket.
"There are going to be more English people because they are more rich and can afford it more than Croatians," said Stepan Pezo, 40, from southern Croatia. "But we are going to be louder."
The Croatian Football Federation has secured over 3,000 additional match tickets, putting them up for sale on its official portal online.
England fans incoming
British fans have also been heading to Moscow, with dozens converging on London's Heathrow airport on Tuesday in an effort to be part of a potentially historic sporting moment.
Russia's Ministry of Communications said the number of applications by Britons for World Cup fan identity documents increased by over 29 percent, or by 6,300 applications, since July 7.
One England fan in Moscow said Britons were keen to get to Russia after initially being put off by fears of violence and hooliganism.
"Our media frightened us off right from when it was announced really," said Andrew Barnett, from Telford near Birmingham. "I know people that are desperate to get tickets now."
British Airways, which has seen a 700 percent increase in searches for flights to Russia since England's last-16 penalty shootout win over Colombia, has created hundreds more seats on Moscow flights by using bigger planes.