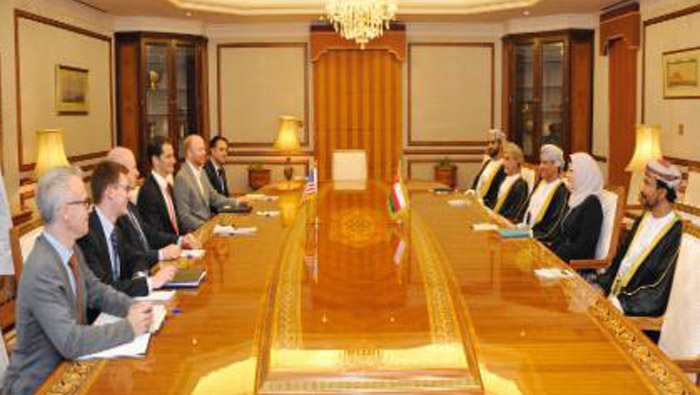 Muscat: Dr. Mohammed bin Awadh Al Hassan, Acting Undersecretary of the Foreign Ministry for Diplomatic Affairs, received at the General Diwan of the ministry on Tuesday Andrew Beck, U.S. Deputy Assistant Secretary of State for Iraq and Iran and his accompanying delegation.
The meeting discussed the existing bilateral relations between the two countries and issues of common concern.
It was attended from the Omani side by Ambassador Dr. Abdullah bin Hamad Al Badi and a number of officials at the Foreign Ministry.
It was attended from the US side by Marc. J. Sievers, US ambassador to the Sultanate and a number of US officials.