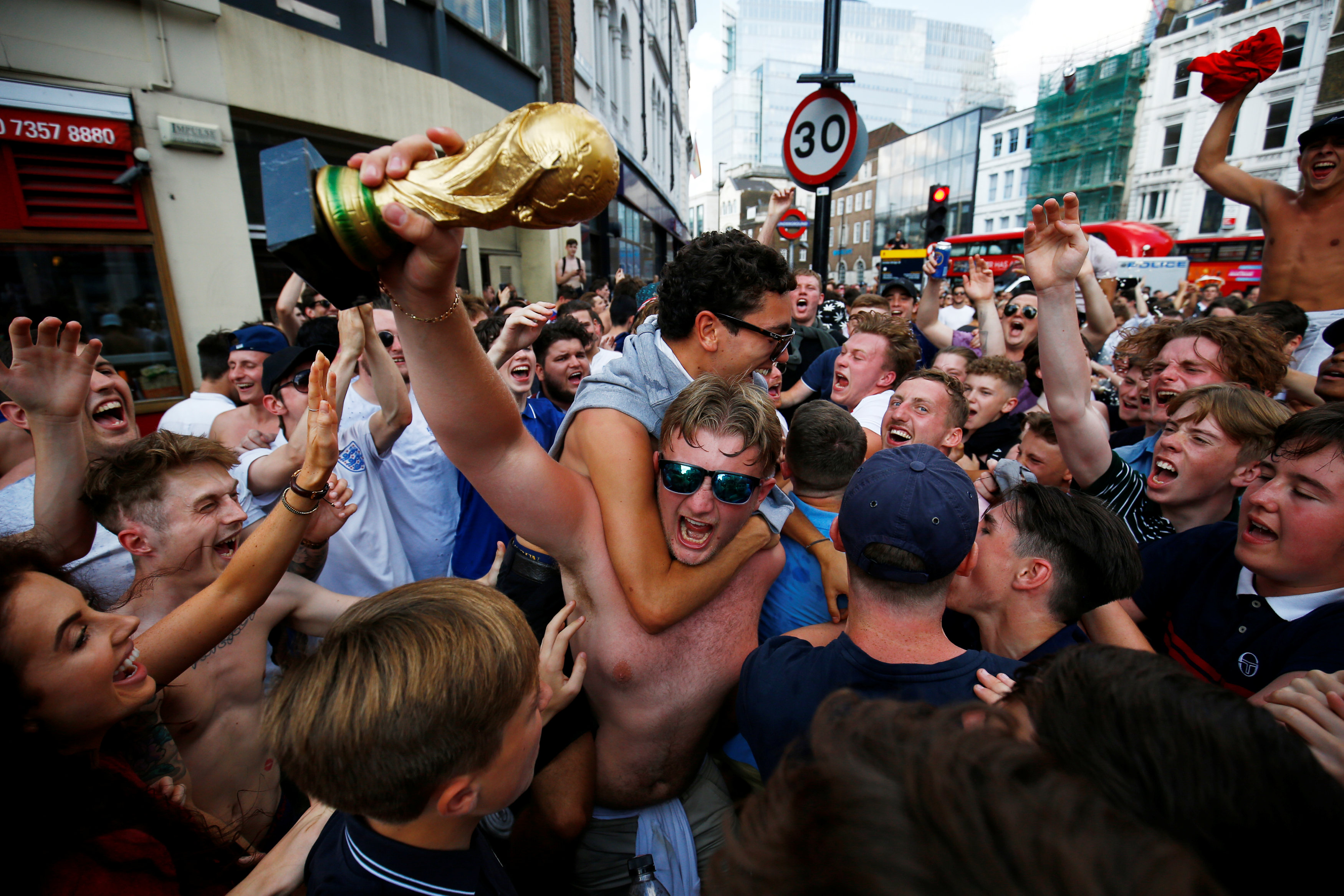 LONDON: Dozens of English soccer fans began heading for Moscow in a last-minute rush on Tuesday in an effort to be part of a potentially historic sporting moment as England take on Croatia in the World Cup semi-finals.
Taking advantage of extra match tickets released by organisers FIFA and additional seats provided on Moscow-bound flights from Britain, they converged on London's Heathrow airport with hope in their hearts.
"It's been crazy here in England, really exciting. Now I want to go and see what's going on in Russia," said one fan, Michael Roberts, 27, as he waited for his flight.
Another fan, Bradley Goldenberg, 46, was taking his son to share the moment.
"Whether we win or lose, we're creating history," he said. "We'll be there and it's a once in a lifetime opportunity seeing them in the World Cup."
Saturday's 2-0 victory over Sweden took manager Gareth Southgate's team into a World Cup semi-final for the first time in 28 years, raising the prospect of England possibly winning the tournament for the first time since 1966.
England supporters have been notably sparse in Russia so far, deterred by warnings of possible violence and logistical difficulties.
But British Airways, which has seen a 700 percent increase in searches for flights to Russia on its website since England's penalty shootout win over Colombia last week, has now released hundreds more seats on Moscow flights by using bigger planes.
About a dozen England fans passing through Heathrow wore dark blue waistcoats over their T-shirts in tribute to Southgate who has taken to wearing a waistcoat on the touch-line along with suit trousers and a dress shirt and tie.
"I’ve got a funny feeling that the momentum is so good, and, you know, especially now that we're all going to turn up with special Gareth waistcoats, and that can only help can't it," said fan Lee Walkup, 50.
Fellow fan Alex Klein, 28, added: "If we win, if we beat Croatia I'll, I'll probably cry, because to see England in a World Cup final is, is like a dream, a lifelong dream."