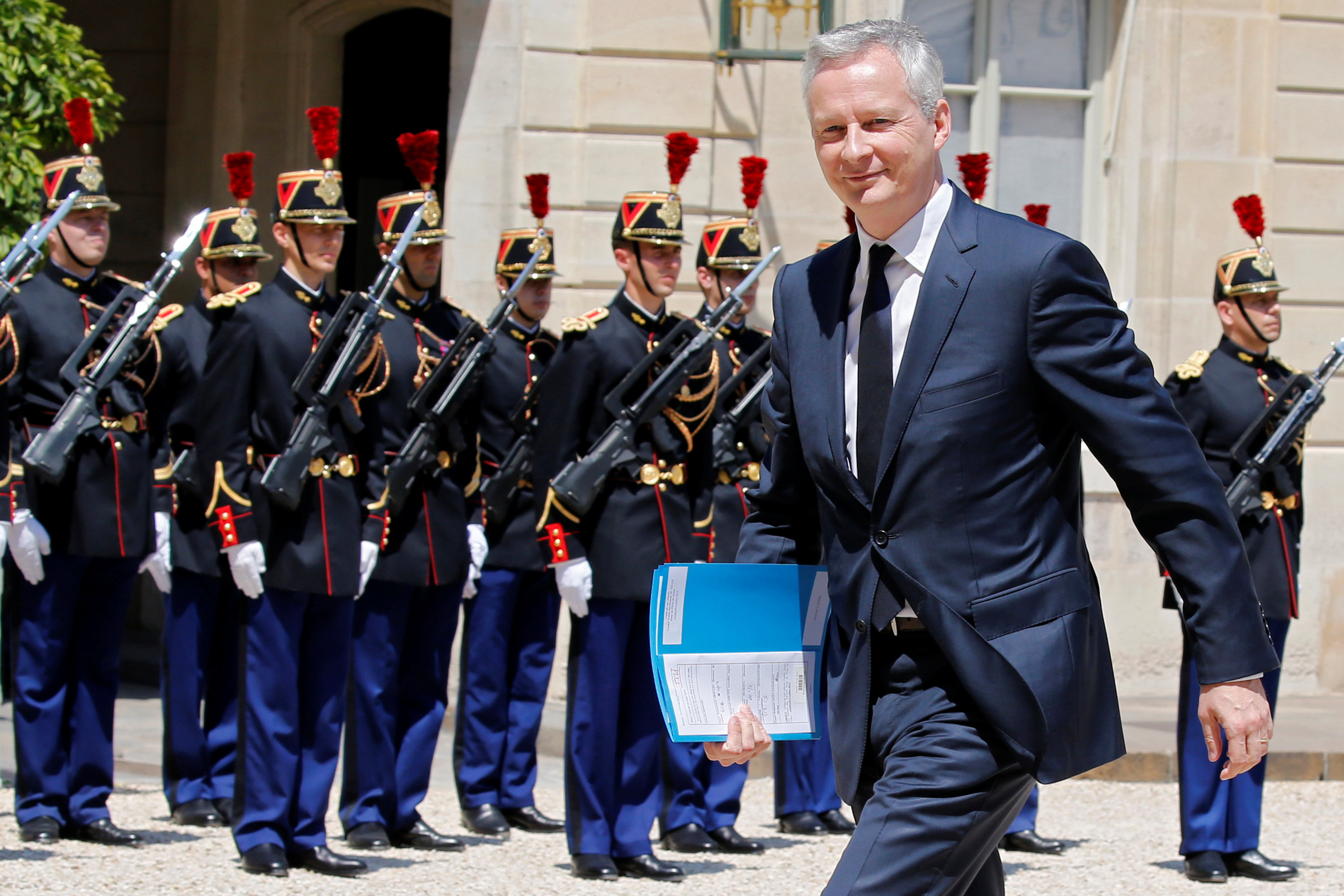 Aix-en-Provence (France): The French government insisted on Sunday that Washington should expect united retaliation from Europe to further tariff increases after Germany signalled it was prepared to negotiate.
With Germany's powerful car industry facing the threat of higher US duties, Chancellor Angela Merkel said last Thursday she would back a lowering of European Union levies on imports of US cars.
"If tomorrow there is an increase in tariffs, like in the car industry, our reaction should be united and strong to show that Europe is a united and sovereign power," French Finance Minister Bruno Le Maire said.
"The question is no longer whether or not there will be a trade war, the war has already started," he added, speaking at an economic conference in Aix-en-Provence, southern France.
US President Donald Trump hit the EU, Canada and Mexico with tariffs of 25 per cent on steel and 10 per cent on aluminium at the start of June, ending exemptions that had been in place since March.
He further escalated tensions last month with threats to impose a 20 per cent import tariff on all EU-assembled vehicles, which could upend the industry's current business model for selling cars in the United States.
"Let it be known that if we are attacked we will react collectively and we will react firmly," Le Maire said.
The United States currently imposes a 2.5 per cent tariff on imported passenger cars from the EU and a 25 per cent tariff on imported pickup trucks. The EU imposes a 10 per cent tariff on imported US cars.
Under World Trade Organization rules, the EU cannot lower import tariffs for only US-made cars. It would have to reduce them for all WTO members.
While French carmakers would be little affected by US tariffs because they have little exposure to the American market, they would face stiff competition from Asian producers if EU tariffs were cut, a prospect that worries the French government.
Le Maire also insisted the EU would overcome differences on a tax on digital giants such as Google and Apple, which have in the past booked European profits in countries with the lowest tax rates.
"Believe me, we will tax the digital giants by the end of 2018 or at the latest in early 2019 because it's not only a question of justice but of sovereignty," Le Maire said.
A joint Franco-German declaration agreed last month by Le Maire and his German counterpart had spoken of an EU agreement for the end of 2018.
President Emmanuel Macron's government has invested considerable political capital in lobbying Paris' EU counterparts to back a 3 per cent tax on large firms' digital turnover, in the face of opposition from low-tax countries.
In France, the idea plays well with companies like Google widely seen as getting away with paying lower taxes than other firms, depriving the state of revenues and putting French firms at a disadvantage.
Google France's head Sebastien Missoffe was loudly booed on Saturday at the conference, attended by the CEOs of many of France's biggest companies, when he said his firm had paid average corporate tax of 26 per cent over the last 10 years, comfortably below the 33 per cent statutory rate in France.