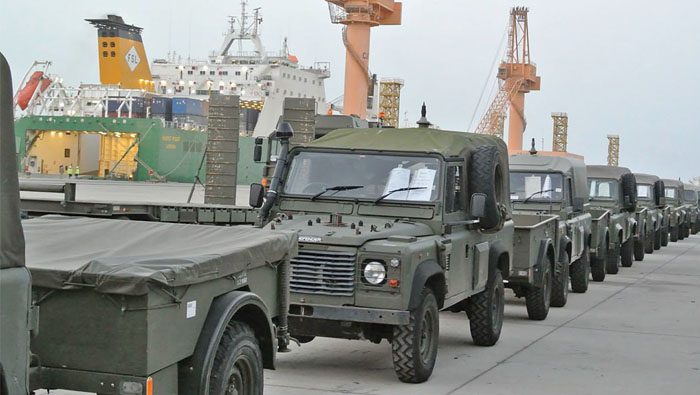 Muscat: As part of the preparations for the joint military exercise (Swift Sword-3) between the Sultan’s Armed Forces (SAF) and the UK Armed Forces, hosted by the Sultanate in the last quarter of 2018, a UK vessel carrying on board military equipment that will be used in the exercise, arrived in Duqm Port in the Governorate of Al Wusta.