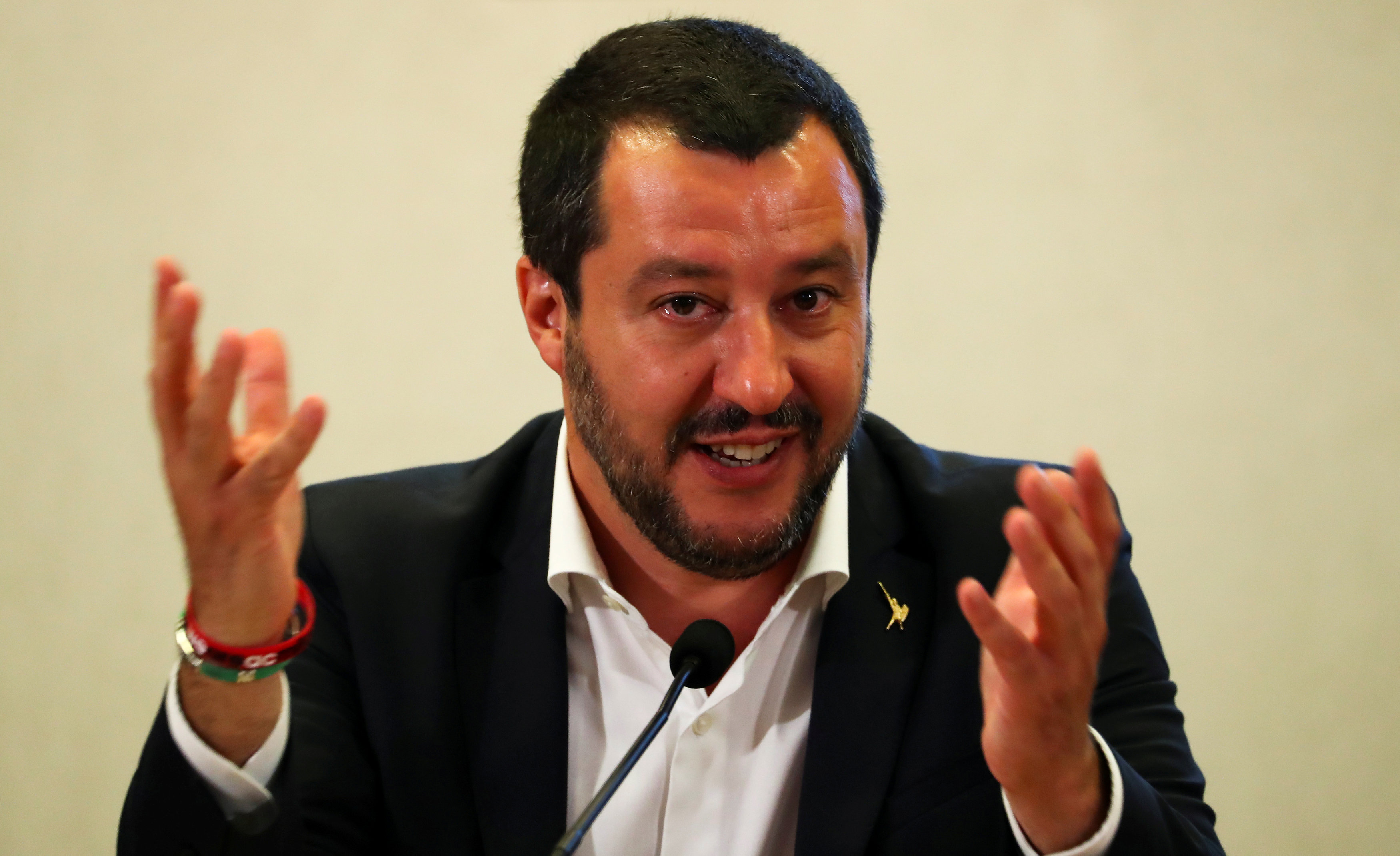 Rome: Italy will seek commitments from European Union partners to have migrants rescued at sea by ships from anti-trafficking and border control missions taken to other countries, its interior minister said on Sunday.
The request will be made on Thursday at a meeting of European interior ministers in the Austrian city of Innsbruck, far-right Interior Minister Matteo Salvini said in a statement.
Italy's new government, which took office on June 1, has helped thrust immigration back on to the European agenda by closing its ports to humanitarian ships that rescue migrants off the coast of Libya, where they are sent out on overcrowded boats by people smugglers.
Some 650,000 migrants, mostly from Africa and the Middle East, have landed on Italian shores since 2014, though many later headed north toward other European countries.
"After having stopped the NGO ships, I'll ask European partners on Thursday in Innsbruck to block from Italian ports the arrival of ships currently on international missions in the Mediterranean," Salvini said in a statement.
The announcement comes a day after an Irish patrol vessel brought more than 100 migrants to the Sicilian port of Messina after rescuing them. The ship is part of the EU mission to fight people smuggling, known as Operation Sophia.
The request is likely to cause friction with Italy's European partners where migration is a source of internal political tension.
Last week, Germany, Austria and Italy said they would hold talks in Innsbruck about how to shut down the Mediterranean route.
Germany wants to process migrants in police facilities within 48 hours on its southern border with Austria, and in turn Austria has said it may be forced to protect its own southern border with Italy and Slovenia to stop migrants transiting from the south.
Italy's transport ministry last month said it wanted the EU border agency, Frontex, to stop working in the Mediterranean.
Frontex runs an operation off the coast of Italy that works closely with the local coast guard.
The EU missions have helped rescue thousands of migrants at sea, all of whom were disembarked in Italy.
Spokespeople at Frontex and Sophia did not immediately respond to requests for comment.
Italy has so far refused to take back any migrants stopped at the German border.
"Before receiving even one asylum seeker from another European country, we want to see a precise commitment -- giving the timetable, costs, means, men and resources -- on how the EU plans to help us defend our external borders," Salvini said last week.
Aid groups and United Nations' agencies on Friday asked Italy open its ports to rescue ships because the policy could have a high human cost. More migrants could die at sea, or they could be trapped indefinitely in inhumane detention centres, they said.
On Sunday, Salvini said the previous government had agreed to welcome migrants rescued by ships participating in the EU sea missions.
"With our government, the music has changed and will change," Salvini said.