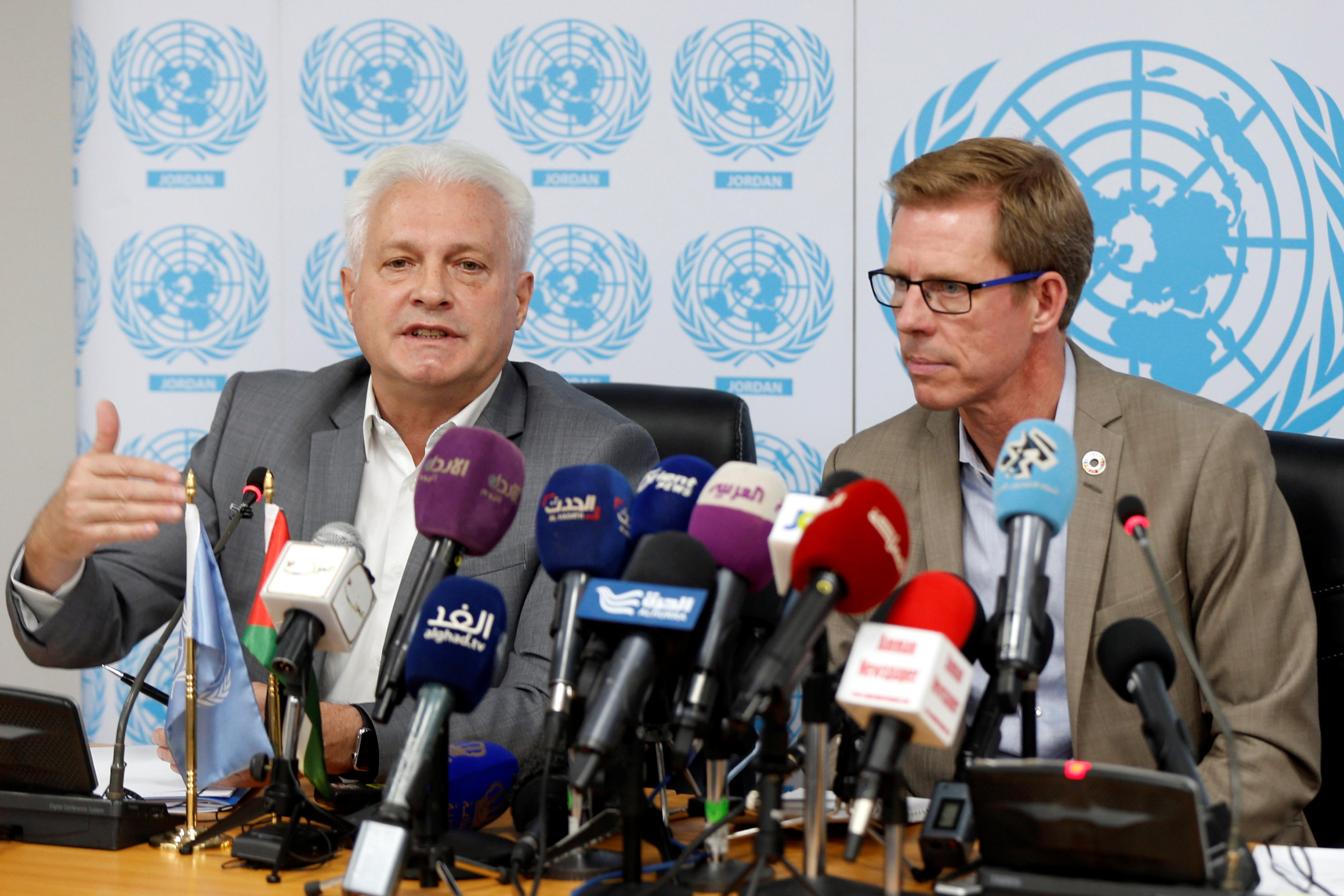 Amman: Almost all the Syrians who fled an army offensive in the southwest to gather in a free trade zone at the Jordanian border have gone back into Syria, a senior UN official said on Sunday.
Several thousand people had congregated near the Nassib-Jaber crossing.
Only about 150-200 remained there, said Anders Pedersen, the UN resident and humanitarian coordinator in Jordan.
The United Nations says the Russian-backed offensive against insurgents has uprooted more than 320,000 people in the past two weeks, the biggest exodus of the seven-year war.
Around 60,000 have sought shelter near the border with Jordan and thousands more at the frontier with the Israeli-occupied Golan Heights.
Both Israel and Jordan said they would not let refugees in.
They beefed up their borders and distributed some aid inside Syria.
Syrian government forces deployed at the Nassib crossing on Saturday, seizing a vital trade route that rebels held for three years.
Pedersen called for access to people in the Syrian provinces of Deraa and Quneitra, adding that an aid convoy was waiting to go to Mtaaiya village, which the army took in recent days.
"What we are asking for: unimpeded access" to southwest Syria, he told a news conference on Sunday.
He said there were protection concerns about the safety of displaced Syrians returning home.
Rebels agreed on Friday to give up arms in a Russian-brokered ceasefire deal, surrendering their parts of Deraa in another victory for President Bashar Al Assad and his allies.