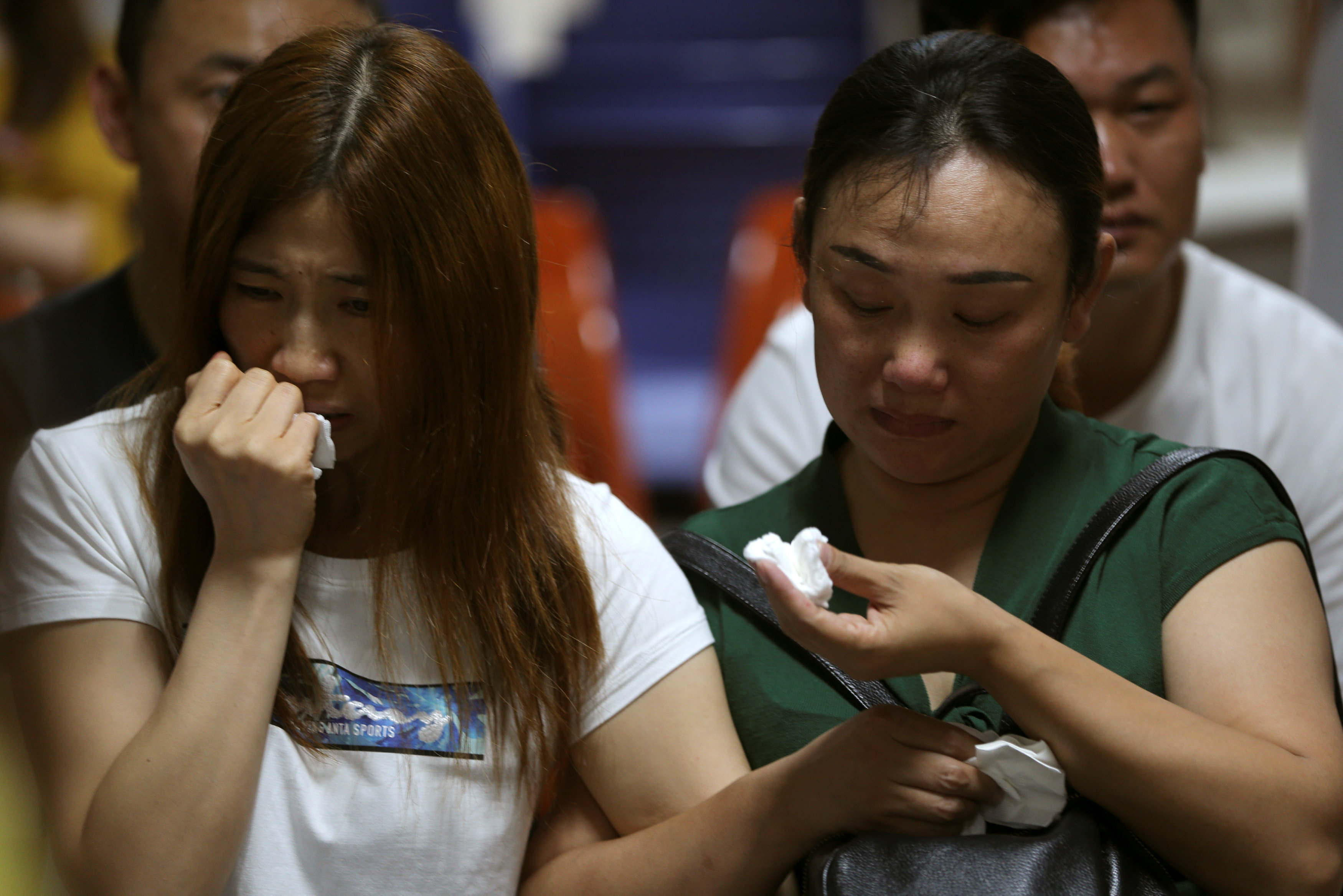 Phuket/Bangkok, Thailand: Rescuers in Thailand on Sunday said they would work through the night to move the bodies of 41 people, including 13 children, who died after a boat carrying Chinese tourists sank off the coast of Phuket, from hospitals to a Buddhist temple.
Rescuers on Sunday delayed plans to lift the sunken Phoenix, which went down in bad weather on Thursday with 105 people on board, including 93 Chinese tourists, and 12 Thai crew, due to heavy waves, said navy commander Vice Admiral Somnuk Prempramoj, who is based in the area and part of the search operation.
Authorities have confirmed 41 deaths, 15 missing and 49 have been rescued.
Divers, including 17 from China, had planned to retrieve a body from the sunken vessel on Sunday but the search was called off because of adverse weather conditions.
Of the 41 dead, 13 were children, said Chalermpong Sukontapol, director of the Vachira Phuket Hospital where the dead were taken.
"Of the 41 Chinese tourists that died, there were eight boys, ten men, five girls, and 18 women," said Chalermpong.
Altogether, fifteen temples have been made available to relatives who wish to cremate their loved ones in Thailand, authorities said.
Thai Prime Minister Prayuth Chan-ocha is due to visit Phuket on Monday morning before heading to Chiang Rai in the north, the scene of another incident involving a group of boys trapped inside a cave which has put Thailand in the international spotlight.
Aircraft and rescue ships extended the search area from Phuket to the island of Phi Phi and Phang Nga province.
Teams were also searching the coastline on foot, officials said. Li Ming, who had five family members on board including two seven-year-old nieces, said he and a cousin flew to Phuket from China's eastern Jiangsu province on Saturday after losing contact with their relatives.
Li said his two nieces died in the accident and three adult family members were still missing.
"There are so many family members back home waiting on our updates," he said.
Police on Saturday said they charged the ship's captain with negligence leading to damages, injury and death.
The captain has denied the charges, police said.
The Phoenix overturned in the Andaman Sea off the coast of Ko He, which is a popular one-day trip from Phuket.
Some Thais have questioned why the boat was even at sea during bad weather.
In an urgent circular on Saturday, China's Ministry of Culture and Tourism stressed the importance of researching online travel companies when booking overseas trips.
Many of the tourists involved in the Phuket accident booked their trips independently via online tourism platforms, the ministry said.