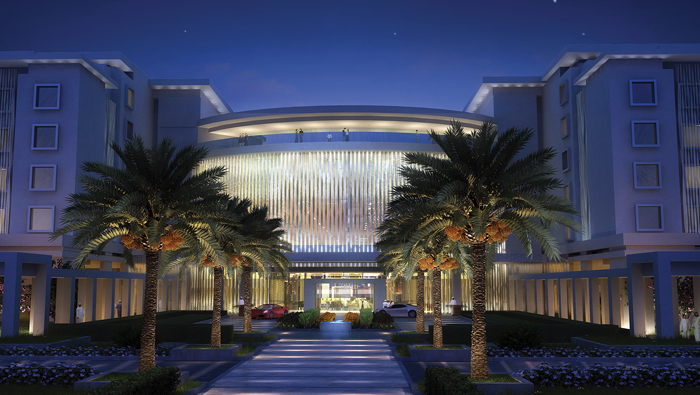 Muscat: The capital’s first JW Marriott Hotel is expected to open in early 2019, an official from Omran, the Sultanate’s national tourism development arm, has confirmed.
The famed hotel chain will open its first hotel in Muscat at the Oman Convention and Exhibition Centre (OCEC) in Madinat Al Irfan. To be located in the OCEC’s eastern section, the Marriott will have 305 rooms and feature over 1,200 square metres of flexible function space connected to the OCEC’s event and exhibition rooms.
“This highly-anticipated project not only supports the tourism sector by providing a wider variety of extra rooms and premium lifestyle facilities, but will also be essential to the overall fabric of the city and Madinat Al Irfan components, especially OCEC Development,” said Salah Al Ghazali, Head of Development Partnerships and Investment Relations at Omran.
“Omran is presently working at a rapid pace to open the hotel, following large interest from the private sector for investments,” he added.
“This is after the success of Crowne Plaza Muscat, the first hotel to open in the OCEC, in which 49 per cent of the property stake was acquired through local pension funds.” The hotel is the latest effort by Omran to step up the Sultanate’s economic diversification plans under the Tanfeedh directives, which has earmarked tourism as one of the areas for expansion, alongside sectors such as agriculture and fisheries, mining and energy, transportation and logistics, and manufacturing.
The Marriott will feature several facilities that tie in directly with the OCEC’s Meetings, Incentives, Conferences, and Exhibitions (MICE) portfolio to promote tourism in the country, such as multi-lingual event planners, two grand ballrooms, six meeting rooms and boardrooms, as well as tailored menus and luxurious wedding services.
Travellers can expect to have their needs catered to by the hotel’s five restaurants and lounges, which will cover over 700sq.m, as well as a 24-hour state-of-the-art fitness centre, a spa with sauna facilities, a juice bar, and three outdoor swimming pools.
Madinat Al Irfan is Oman’s largest urban development project and is part of Oman’s Future Vision 2040, the national plan to diversify the Sultanate’s aeconomy and wean itself off natural gas and oil-based income.
Located just a few minutes’ drive from the new Muscat International Airport, it is expected to be a mixed-use residential and commercial property.
The Marriott will be the second hotel to open in the OCEC after the Crowne Plaza hotel, which is already open to the public.