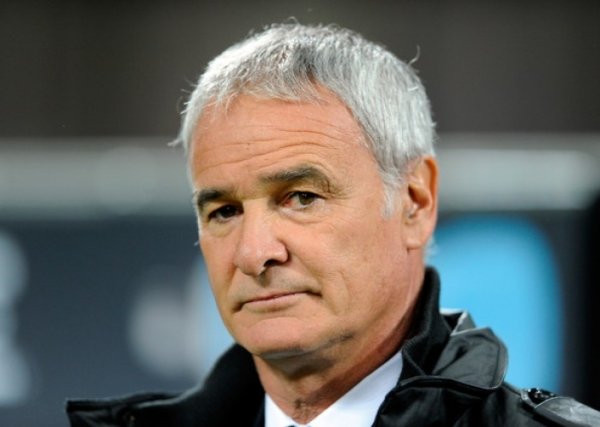 London: Leicester City manager Claudio Ranieri's primary objective this season was to avoid relegation after their narrow escape last year, he has said in an interview as his team stand seven points clear atop the Premier League.
The 64-year-old Italian, who has taken Leicester to within four wins of their first top-flight league title in his first season at the club, told U.S. website The Players Tribune (www.theplayerstribune.com) he could not have imagined what they have achieved.
He has also praised his players, calling top scorer Jamie Vardy "a fantastic horse" while saying French midfielder N'Golo Kante was a player who appeared to have his own battery pack hidden in his shorts.
Ranieiri said when he met the Midlands club's chairman for the first time last year they agreed 40 points and survival was the aim for the season.
"Forty points. That was the goal. That was the total we needed to give our fans another season of Premier League football.
"Back then, I did not dream that I would open the paper on April 4 and see Leicester City at the top of the table with 69 points. Last year on this same day, the club was at the bottom of the table. Unbelievable."
Leicester were stranded seven points from the safety zone a year ago but, having beaten Southampton 1-0 on Sunday after second-placed Tottenham Hotspur drew at Liverpool on Saturday, Leicester moved seven points clear with six matches to play.
Better squad
They will win the title for the first time with four wins from their remaining games and Ranieiri is amazed at what they have achieved already, but realised when he arrived at the club that he had a much better squad than many thought.
"Perhaps you have heard their names now. Players who were considered too small or too slow for other big clubs. N'Golo Kante. Jamie Vardy. Wes Morgan. Danny Drinkwater. Riyad Mahrez.
"When I arrived my first day of training and I saw the quality of these players, I knew how good they could be.
"I knew we had a chance to survive in the Premier League.
"This player Kante, he was running so hard that I thought he must have a pack full of batteries hidden in his shorts. He never stopped running in training."
Ranieiri also had special praise for Vardy, their top scorer with 19 Premier League goals this season who scored in a record 11 successive league matches between August and November.
"This is not a footballer. This is a fantastic horse," he said.
Leicester have been praised for their work ethic and team spirit and Ranieri said: "Before we played our first match I told the players, 'I want you to play for your team mates.
"'We are a little team, so we have to fight with all our heart, with all our soul. I don't care the name of the opponent. All I want is for you to fight. If they are better than us, Okay, congratulations. But they have to show us they are better.'"
With the title in sight, he added: "We have six games remaining, and we must continue fighting with our heart and our soul. This is a small club that is showing the world what can be achieved through spirit and determination. Twenty-six players. Twenty-six different brains. But one heart."