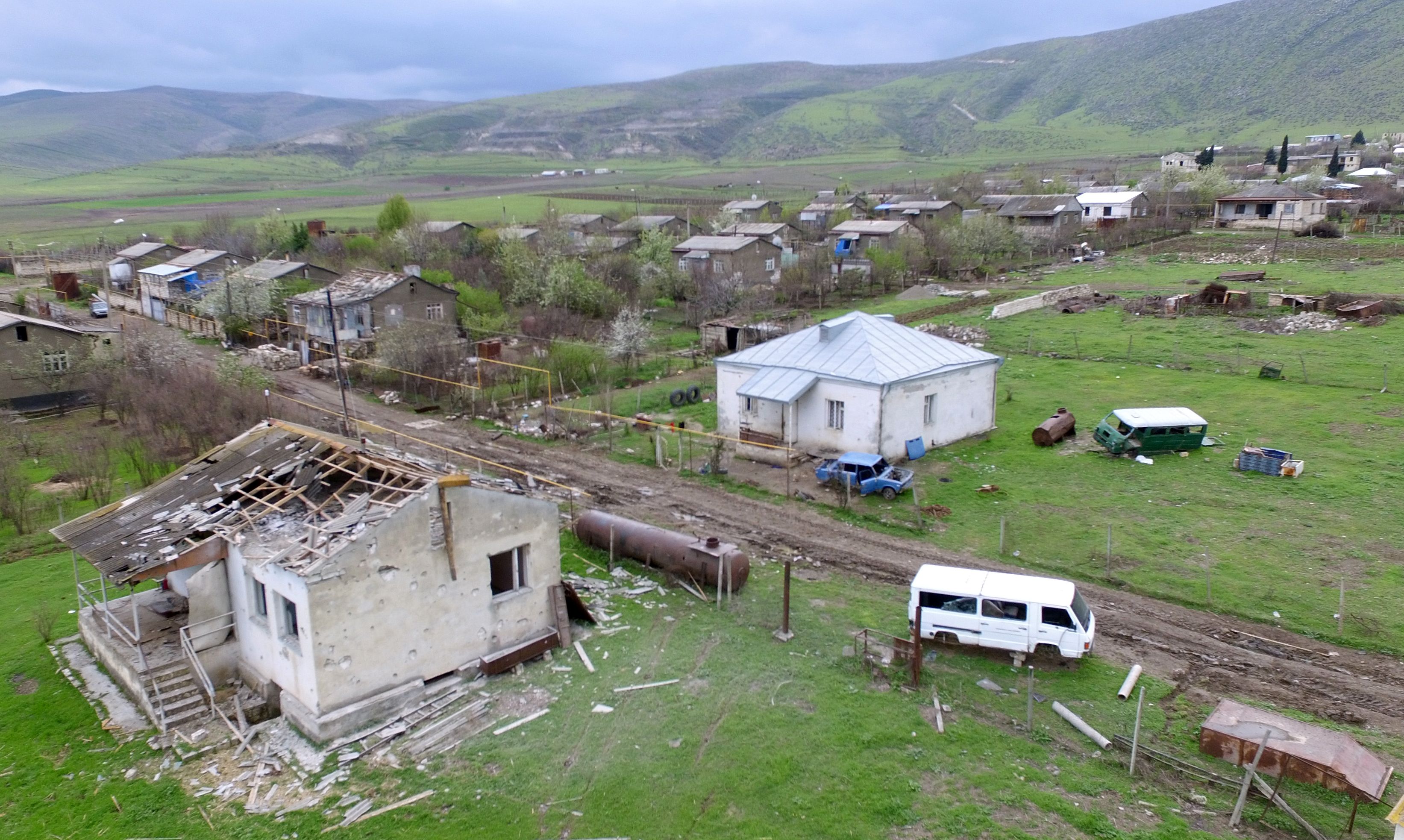 Armenia and Azerbaijan have announced a truce after three days of fierce fighting in the secessionist region of Nagorno-Karabakh, but the flare-up is proof that the post-Soviet frozen conflicts are not really frozen. At any moment, they can be ignited by the realignment of international alliances and loyalties, and people will start dying again.
There are four post-Soviet frozen conflicts. Three smolder around the Black Sea: Transnistria, a separatist region of Moldova, the Georgian regions of Abkhazia and South Ossetia, and, since last year, eastern Ukraine. The first two started in the early 1990s, the third one in 2014, as Russia attempted to destabilise an anti-Moscow government in Kiev. The Nagorno-Karabakh conflict, a territory disputed by Armenia and Azerbaijan, is the oldest.
In 1988, the legislature of this region of Azerbaijan, populated mostly by ethnic Armenians, voted to secede and join Armenia. That country's current president, Serzh Sargsyan, was among the local activists pushing for such a move. Azerbaijan objected and fought a bloody war against Armenia, marked by massacres as both sides attempted ethnic cleansing, the interference of Soviet troops on the Azeri side and the participation of ferocious volunteers from the Russian part of the Caucasus. Armenia won the war, and by the time an internationally brokered cease-fire came into effect in 1994, Nagorno-Karabakh had an almost exclusively Armenian population and was run by a pro-Yerevan government. About 1 million people were displaced.
The ceasefire has held for more than two decades despite intermittent border clashes. It's not clear who started the hostilities last weekend that caused dozens of casualties on either side: Armenia and Azerbaijan blame each other. Last fall, Azerbaijan's foreign minister, Elmar Mammadyarov, threatened to attack Nagorno-Karabakh unless Armenia unconditionally withdrew its troops.
Azerbaijan's new decisiveness may stem from the open backing the Muslim country receives from Turkey. Recep Tayyip Erdogan, the Turkish president, has vowed to "support Azerbaijan to the end."
This isn't just words: Since turning into a bitter enemy of Russian President Vladimir Putin of Russia after Turkey downed a Russian warplane on the Syrian border last year, Erdogan is eager to let Putin know that he's not afraid. Armenia is a close ally of Russia, part of its flailing Eurasian Economic Union with several other post-Soviet countries, but it's not Russia itself, making it a tempting target for Erdogan. Putin hasn't come out unequivocally in support of Armenia, instead calling on both sides to respect the ceasefire.
Azerbaijan, however, cannot afford to break away completely from Russia and join Turkey's orbit. Its traditional economic ties with Moscow have weakened, and it does more trade with the US and major EU countries, but Russia could be a fearsome enemy. So Azerbaijan is hoping for a negotiated solution to the conflict that would curb Armenia's gains.
The frozen conflicts tend to reignite when the external influences that keep the situation in balance realign. In Nagorno-Karabakh's case, the new enmity between Turkey and Russia likely became the catalyst. When fighting resumed in South Ossetia in 2008 and Russia invaded Georgia, that was a direct result of a policy of toughness regarding the secessionist regions on the part the US-backed president of Georgia, Mikheil Saakashvili. He believed -- mistakenly -- that US support would make him less vulnerable to Russia's ire.
It's conceivable that Saakashvili may be instrumental in rekindling the Transnistria conflict, too. As the current governor of the Odessa region in Ukraine, he has worked to cut smuggling from the secessionist, pro-Russian region, a major source of income for its rulers. For its part, Moldova has also fought to stem the flow of illegal trade. If Transnistria is choked by its two neighbours, it may resume fighting, and 1,500 Russian troops are stationed there.
Saakashvili himself has blamed the new fighting in Karabakh on Russia. "A conflict now is of no benefit to either Armenia or Azerbaijan," he wrote on Facebook. "What happened a couple of days ago looks very much like a Putin provocation against Azerbaijan and Turkey that is also damaging to Armenia." Saakashvili contends that Russia's goal is to weaken Azerbaijan as an alternative energy exporter to Europe.
He's probably wrong: Russia likes the frozen conflicts because they undermine the governments in former Soviet countries, sap the morale and provide Moscow with economic inroads. The Kremlin sees the secessionist regions as tools of managed instability that don't much hurt Russia's status with the international community. That's probably the reason Putin chose not to expand the conflict in Ukraine but to freeze it. He didn't want the Karabakh eruption, either: His propaganda machine didn't attempt to whip up a frenzy about the latest incidents.
These conflicts stay frozen thanks to such a delicate balance of forces that they can flare up even when no one wants tension. As the Romanian political scientist Filon Morar wrote in an article for the German Marshall European Center for Security Studies,
The term frozen conflicts is deceiving; it erroneously suggests that a conflict could be put on hold as one could press the pause button of a remote control. Nothing remains unaltered ad infinitum in either the physical world or in the political world, either in a home refrigerator or in the Black Sea-South Caucasus area.
For safety's sake, the West, and Europe in particular, shouldn't assume the conflicts are deep-frozen. Each situation is complex and evolving, as are the goals and relationships of outside players. The goal probably should be to foster some kind of resolution, even if it means granting a measure of legitimacy for the secessionists who have held on to their tenuous statehood for 20 years in three of the four cases. Any kind of finality is better than the endless precariousness of what Morar calls "protracted," not frozen conflicts. -Bloomberg View