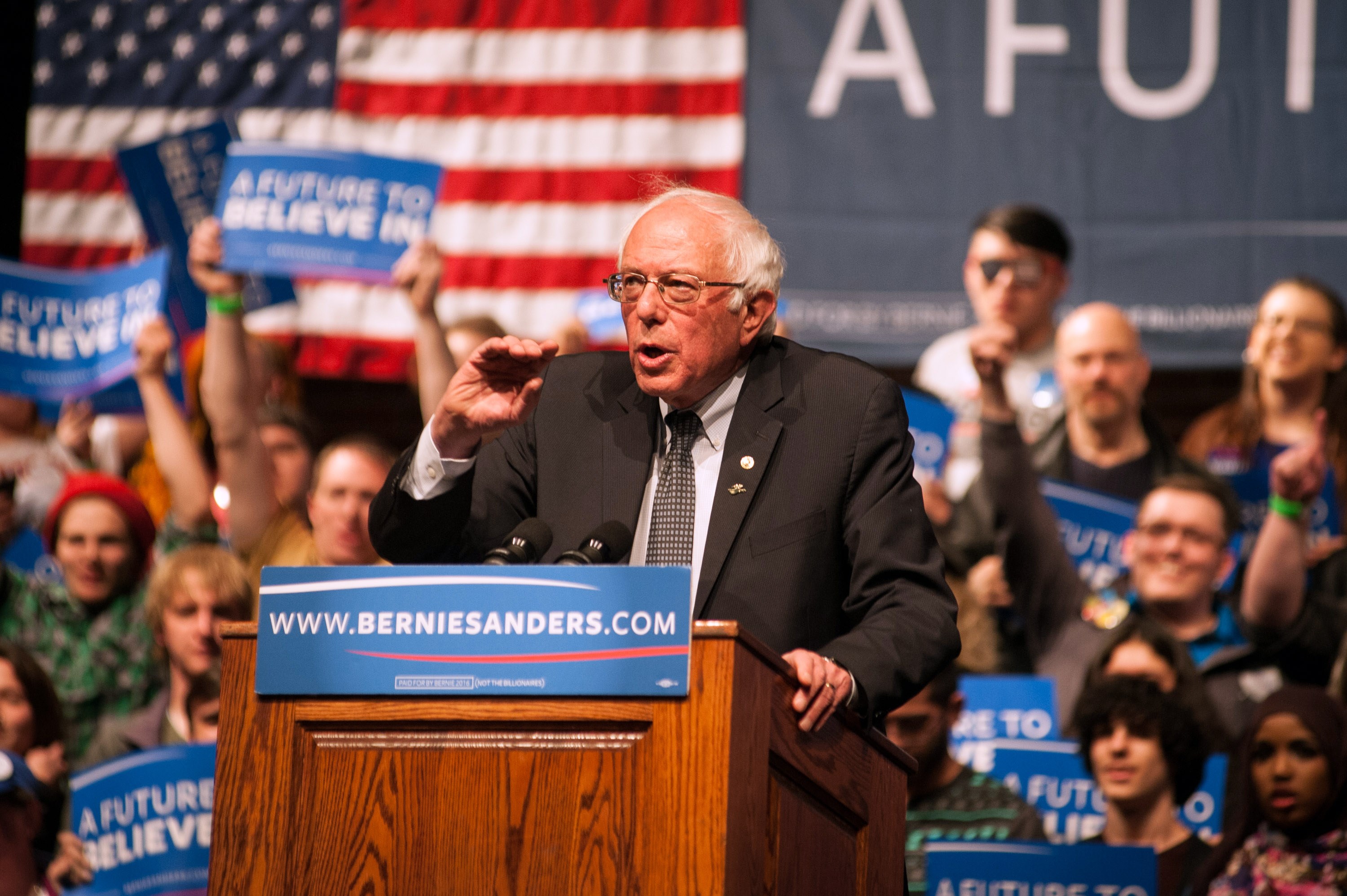 Wisconsin gave a boost to the Bernie Sanders and Ted Cruz insurgencies Tuesday, protracting the Democratic presidential race and lessening already shaky odds that Donald Trump can win the Republican nomination before this summer's convention in Cleveland.
Sanders, the Vermont Democrat, handily defeated former Secretary of State Hillary Clinton in a state where both made big efforts, though she still remains a strong favourite to win the nomination. Cruz scored a must-win over Trump, with Ohio Governor John Kasich coming in a distant third. The results add to a sense among some Republican leaders that the Trump quest may have stalled.
Cruz only mildly chipped away at the frontrunner's commanding delegate lead. Still, Trump's defeat will compound Republican discomfort with his candidacy,which has been fueled by his recent rants about foreign policy and offensive comments about women. No major presidential candidate in modern history has had the astronomical unfavourable ratings among voters that Trump suffers.
Interestingly, however, Trump ended up with about the same percentage of the Wisconsin vote that he had in polls taken more than a week before his recent round of blunders. This suggests he's likely to continue to hold somewhere between 35 per cent and 40 per cent of Republicans even as he is disliked by most of the others. To win the 1,237 delegates required for the nomination, Trump must win more than 55 perc ent of the remaining delegates, a challenge made steeper by Wisconsin.
To prevail, Trump has hinted that he might begin to act more presidential. More than a few Republican say a "presidential Trump" is an oxymoron. After his defeat, Trump's campaign issued a vitriolic attack on Cruz using Trump's favourite label: "Lyin' Ted Cruz."
It's unclear if Cruz can capitalise on such anti-Trump sentiment, making chatter about a contested convention -- and an uncertain outcome -- more pervasive than ever.
Meanwhile, Sanders continued a recent winning streak in advance of a candidate debate next week followed by the April 19 New York primary. Despite his victory, Sanders barely cut into Clinton's huge delegate advantage; he's hoping an upset in her home state, where she is leading in the polls 54 per cent to 43 per cent, might change the dynamics.
The Clinton campaign circulated to the news media a Sanders interview with New York's Daily News, which they claimed shows Sanders substantive shortcomings.The Clinton camp, however, hopes a decisive New York victory would render the Sanders challenge irrelevant, allowing her to focus on the general election.
Barring an unlikely cataclysm -- for example, a criminal charge against Clinton resulting from her email controversy -- it's almost impossible to envision her losing the nomination.
The Republican race now moves into more Trump-friendly territory, starting with the billionaire's home state of New York. That's followed by five Northeastern states where Cruz generally is expected to be weak. With 267 delegates at stake in these half dozen states a commanding Trump showing might put him him on a path to get close to the 1,237 majority necessary for the nomination.
Kasich, despite pressure from his rivals and some party officials to bow out, is likely to stay the course even though he has only won his home state of Ohio and his prospects for additional victories are not good. Of the three remaining Republicans, he is the one who consistently wins a general election match-up with Clinton; he's banking on that to propel him in a contested, multi-ballot convention.
Cruz, likewise, hopes to win the prize at the convention, and has been laying the groundwork for a battle over delegates, who will be free to switch allegiances after a first ballot. Trump's organisation is playing catch up. The campaign recently elevated longtime political operative Paul Manafort to handle delegate duty at the convention; party professionals are skeptical that'll be sufficient to overcome the strong misgivings that Trump generates in party regulars.
Trump's best path, of course, is to win before the convention. In the final June 7 primaries, 303 delegates are at stake, including 172 in California. Trump will need to capture more than 200 of them to go into the Cleveland convention with close to the number he'll need to fend off challenges. It's widely believed that if Trump doesn't win on the first ballot he's not going to win at all. - Bloomberg View