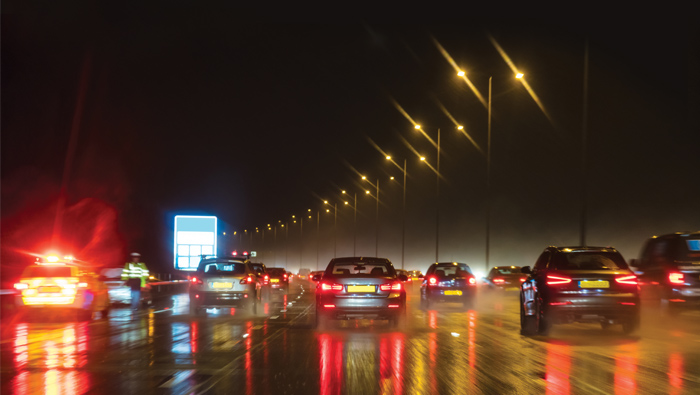 Muscat: Oman achieved the UN’s 2020 key road fatality reduction target two years before the deadline, according to road safety experts in the Sultanate.
The 2011-2020 global road safety target to cut road fatalities by 50 per cent in participating countries was originally proposed and ratified by the United Nations as part of the Decade of Action for Road Safety.
Speaking to the Times of Oman, Oman Road Safety Association CEO Ali Al Barwani said, “The Decade of Action for Road Safety applied to all participating nations as part of the UN’s efforts to establish a global initiative to make roads safer all around the world. One of the main targets and key performance indicators was that countries would try to reduce road fatalities by 50 per cent.”
“Statistics showed that Oman achieved that goal even as far back as 2016 and our roads are becoming safer and safer. This is thanks to the part everyone has played, including the authorities, associations, government agencies, media, and individual drivers,” he added.
Oman, he noted, had 1,139 road fatalities in 2011 when the initiative was launched. ROP data showed that the number of accidents fell by 67 per cent, injuries by 34 per cent, and deaths by 53 per cent compared to 2012.
A senior official at the ROP told the Times of Oman: “Traffic patrolling, speed radars, amendments to the traffic law and awareness campaigns have significantly contributed in bringing down the number of road accidents in the country.”
The Decade of Action for Road Safety 2011-2020 was officially proclaimed by the UN General Assembly in March 2010 by building road safety management capacity, improving the safety of road infrastructure, further developing the safety of vehicles, enhancing the behaviour of road users, and improving the post-crash response.
The initiative’s key goals were aligned with the UN Road Safety Collaboration, whose sustainable development goal was to lower road fatalities in every country by 50 per cent by the year 2020.
According to recent data released by the police, in 2017, a total of 3,845 accidents occurred, down from 4,721 the previous year. Some 640 deaths occurred in 2017, compared to 692 in 2016. And, 3,134 people were injured in 2017, compared to 3,261 people in 2016.
Most of the accidents took place during the day in 2017, with 2,124 accidents being reported, compared to 2,584 in 2016. The number of accidents that occurred at night in 2017 stood at 1,721, compared to 2,137 in 2016.
As many as 417 Omanis lost their lives in 2017, with 89 of them being females. The number of expats who lost their lives in road accidents stood at 223.
While 2,353 Omanis were injured in road accidents in 2017, the number was 841 for expats.
Fridays saw the most deaths from road accidents in 2017, with 109 deaths resulting from 532 accidents.
Saturdays came next with 106 deaths, followed by Tuesdays, which recorded 101 deaths from 590 accidents.
November recorded the highest number of accidents in 2017: 387. June saw 382 accidents and July 361 accidents.
Speeding was still the most common cause of accidents (2,261 in 2017, down from 2,499 in 2016). Negligence (552 compared to 672) and improper behaviour (521 compared to 705) were also leading causes of accidents and deaths on the roads.
The new traffic law, which came into effect on March 1, has reduced the number of traffic violations, an ROP official said.