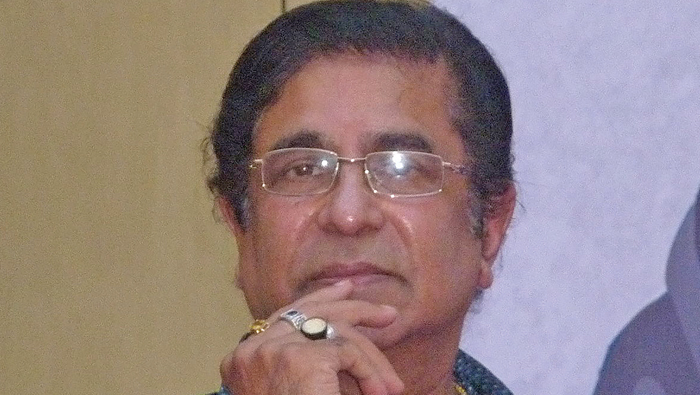 Muscat: Indian actor Captain Raju, who had been admitted on Tuesday to Kerala Institute of Medical Sciences (KIMS) Hospital, Darsait, is likely to be discharged on Saturday.
Hospital authorities disclosed that his condition was the same as it was on Tuesday, but hoped that he wold be fit to fly home Saturday.
The actor was going from Kochi in Kerala to New York for his son Ravi’s wedding, when his son noticed Raju slurring while talking. Raju suffered a stroke earlier, so Ravi informed the cabin crew of the Etihad Airlines flight.
The plane was scheduled to fly to New York via Abu Dhabi, but the pilot chose to make an emergency landing at Muscat International Airport. Raju was taken to the KIMS Hospital in Darsait.
A KIMS representative said, “A stroke is a chronic medical issue, especially considering that he is about 67 or 68 years of age and has suffered a stroke before. Hopefully, he’ll be fit to fly by Saturday and will be discharged on the same day.”
“In a stroke, one side of the person’s body is weakened and the ability to move and speak is compromised. He is still slurring while talking. Hopefully, once he gets to his hometown, Kochi, he’ll be able to receive some physiotherapy in a hospital there to help him recover from this stroke,” the KIMS representative said.
Hospital authorities remarked that the actor’s condition is now stable, adding that not much was expected to change on a day-to-day basis.
“He is in the same condition that he was in yesterday and is stable. He has been joined by his wife, as well. The patient also has a history of hypertension and diabetes, but these conditions in no way led to him suffering a stroke,” the hospital representative added.
Captain Raju is a Kerala native, and has acted in over 500 movies in Malayalam, Hindi, Telugu, Kannada and English languages.