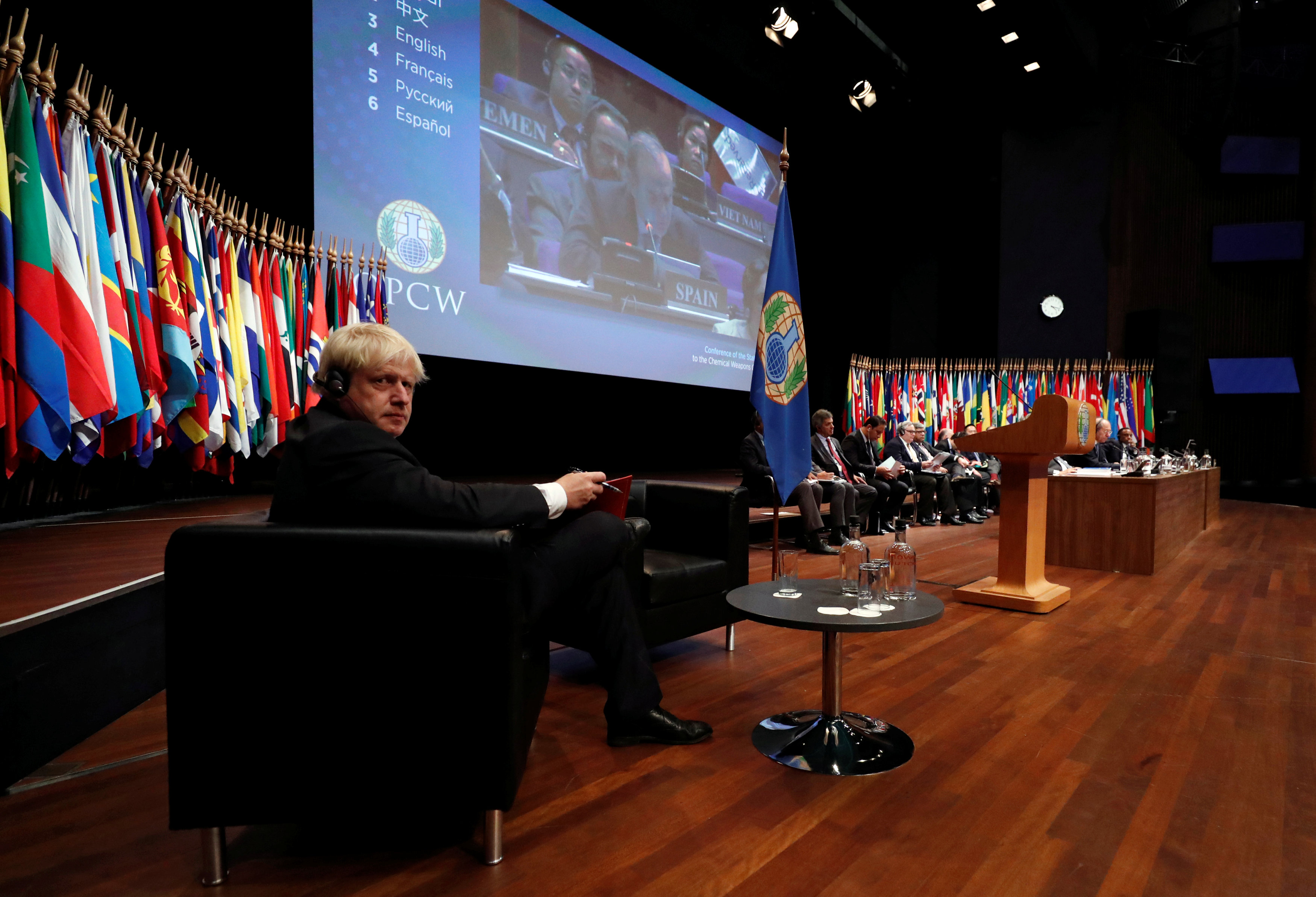 The Hague: The world's chemical weapons watchdog won new powers on Wednesday to assign blame for attacks with banned toxic munitions, a diplomatic victory for Britain just months after a former Russian spy was poisoned on its territory.
In a special session, member states of the Organization for the Prohibition of Chemical Weapons (OPCW) voted in favour of a British-led proposal by a 82-24 margin, easily reaching the two-thirds majority needed for it to succeed.
The motion was supported by the United States and European Union, but opposed by Russia, Iran, Syria and their allies.
British Foreign Secretary Boris Johnson said the vote would empower the OPCW "not just to identify the use of chemical weapons but also the to point the finger at the organization, the state that they think is responsible."
"That's crucial if we are going to deter the use of these vile weapons."
Russia said that the vote called the future of the organization itself into question.
"The OPCW is a Titanic which is leaking and has started to sink," Industry Minister Georgy Kalamanov told reporters.
"A lot of the countries that voted against the measure are starting to think about how the organization will exist and function in the future," he told reporters.
Though the use of chemical weapons is illegal under international law, the taboo on deploying them has been eroding after their repeated use in the Syrian civil war, but also in Iraq, Malaysia and Britain since 2012.
The poisoning of the Russian former double agent Sergei Skripal and his daughter in England in March led to tit-for-tat expulsions of diplomats by Moscow and the West and was one reason for Britain's push to strengthen the OPCW. Russia has denied any involvement in their poisoning.
From 2015 to 2017 a joint United Nations-OPCW team had been appointed to assign blame for chemical attacks in Syria. It found that Syrian government troops used nerve agent sarin and chorine barrel bombs on several occasions, while IS militants were found to have used sulphur mustard.
But at a deadlocked UN Security Council, the joint team was disbanded last year after Moscow used its veto to block several resolutions seeking to renew its mandate.
The British proposal declares the OPCW will be empowered to attribute blame for attacks, though details of how it will do so will still need to be further defined by the organisations' members.