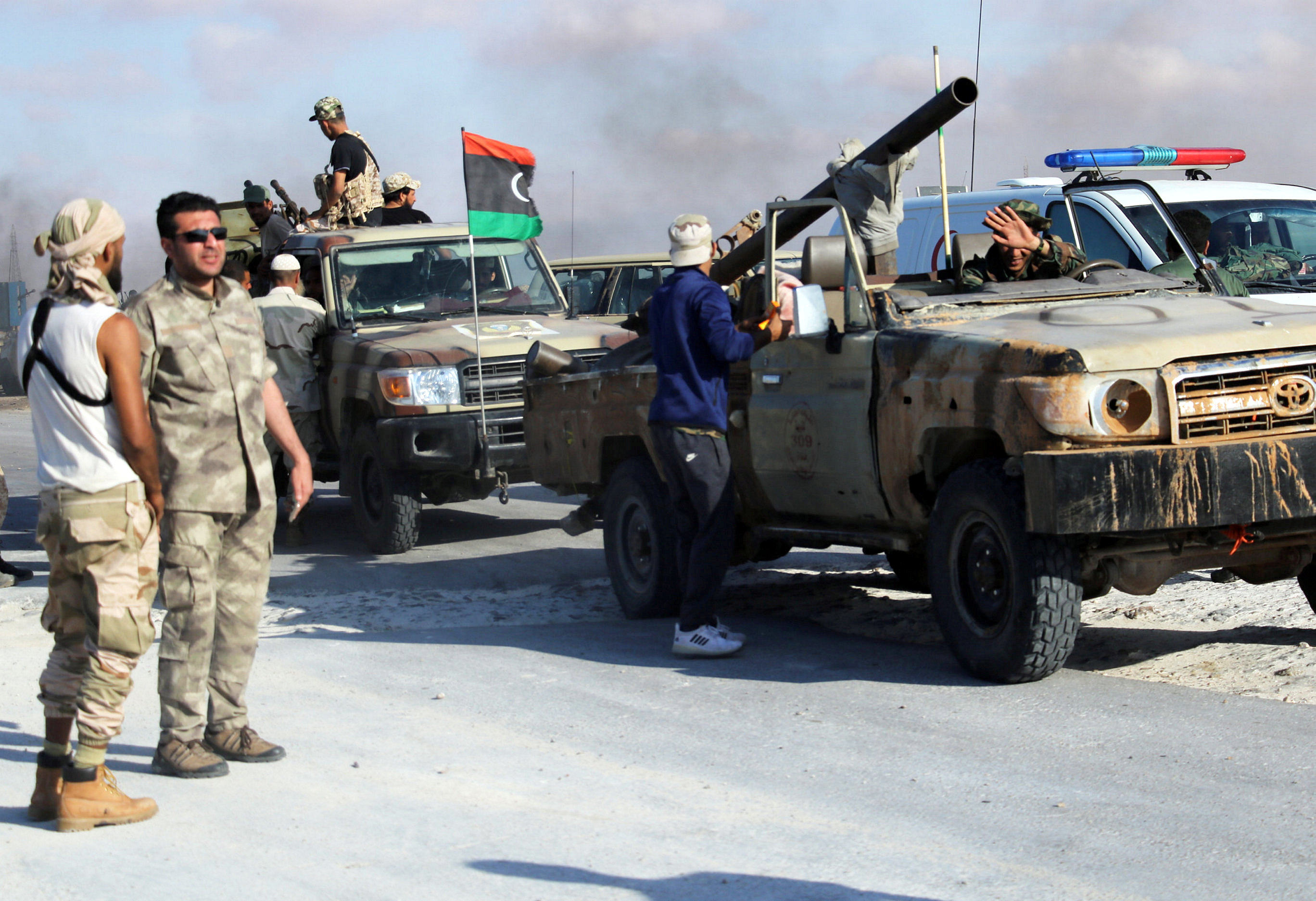 Tunis: Unidentified armed men attacked the Tripoli residence of one of Libya's deputy prime ministers hours after he expressed sympathy for a move by eastern factions to take control of oil ports, the justice ministry said on Wednesday.
The house used by Fathi Al Majbari, part of the leadership of the internationally recognised Government of National Accord (GNA), was attacked late on Tuesday, triggering reports that he had been abducted.
"He was not kidnapped or detained but there was a physical struggle," said a source close to Majbari who asked not to be identified because of security concerns. "His guard is seriously wounded and is being treated in hospital."
The source said the attack was probably linked to Majbari's written statement hours earlier expressing understanding for a move by the eastern-based Libyan National Army (LNA) to hand oil ports to a parallel National Oil Corporation (NOC) in the east, rather than the internationally recognised NOC in Tripoli.
The LNA is the dominant force in eastern Libya and is led by prominent commander Khalifa Haftar. It is aligned with a government and parliament that moved to the east amid turmoil that followed Libya's 2011 uprising.
Majbari, who is from the east, has tried to position himself as a bridge between the eastern factions and the GNA, based in Tripoli in the west.
Two major eastern oil ports, Ran Lanuf and Es Sider, were captured this month by another armed group and recaptured by the LNA after a week of fighting.
The LNA had allowed the NOC Tripoli to operate the ports since 2016. But after the latest battle to recapture them, the LNA said on Monday it now wanted to stop oil revenues ending up in the hands of militias that used the funds to attack them.
Eastern factions have repeatedly said they have not received a fair share of oil revenues processed by the central bank in Tripoli. They have previously tried to ship oil independently, but their lack of international recognition made it impossible to complete a sale.
In his statement Majbari expressed understanding for the LNA's decision "due to systematic isolation and marginalisation, and unfair distribution of the resources of production".
The statement revealed long-standing differences within the GNA's leadership, which had issued a separate statement also on Tuesday condemning the LNA move and calling on the United Nations to prevent any resulting "illegal sales" of oil.
The GNA's ministry of justice confirmed that an unknown armed group had attacked Majbari's house and that one of his security staff had been wounded. The ministry gave no reason for the attack but said Majbari was unharmed and "in a safe place".
The armed groups that hold real power in Tripoli, some strongly opposed to Haftar, have repeatedly targeted prominent figures including politicians.
Ras Lanuf and Es Sider remain closed, causing production losses of around 450,000 barrels per day (bpd), nearly half of Libya's output.