Iraq to plant 70,000 date palms to revive production of crop 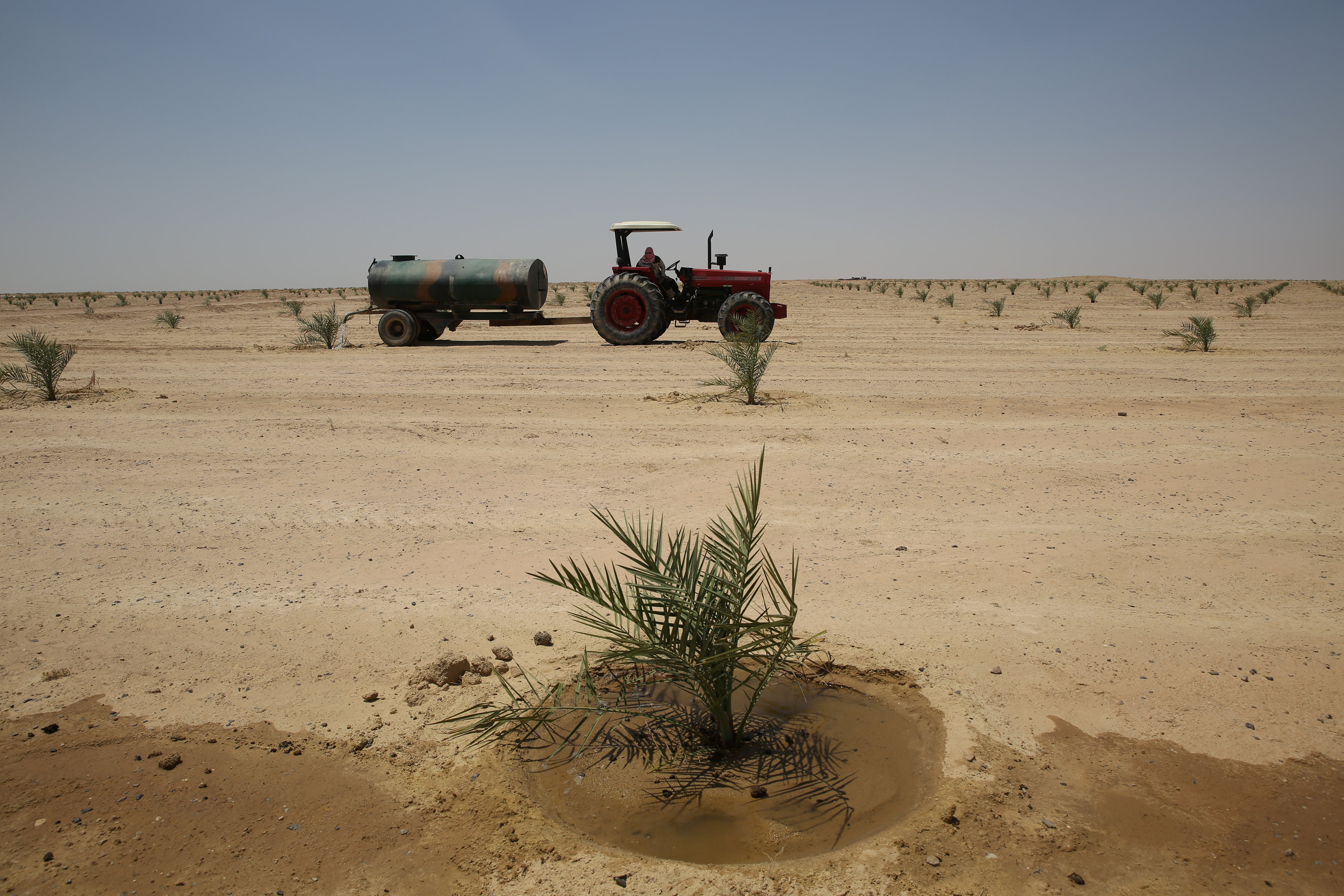 Kerbala (Iraq): Iraq is to plant 70,000 date palms south of Baghdad, hoping to revive production of a crop it was famed for across the Middle East.
The country once produced three-quarters of the world's dates but now accounts for just 5 per cent after it switched its economic focus to oil and after decades of conflict devastated its farms.
Backed by a state loan worth 10 billion dinars ($8.43 million), a foundation has planted 16,000 date trees outside the city of Kerbala, some 90 kilometers (56 miles) south of the capital Baghdad. It is the biggest state-backed farming project for the crop since the US invasion toppling Saddam Hussein in 2003.
"We plan to have more than 70,000 date trees in future," said Faiz Eissa Abu Maali, the project's manager, during a tour.
"With a size of 2,000 dunam (200 hectares) I think it's the biggest (date) project in Iraq," he said, adding that some date types had been imported from the United Arab Emirates. The project, launched in 2015, also plans to preserve some of Iraq's rarest date types.
"Iraq was always famous for dates and their quality."
The foundation has various business activities and is setting up the farm to create jobs for unemployed and boost agriculture production, according to its website.
The total planned investment will be 70 billion dinars, said Abu Maali.
Trees will be producing between 30 and 40 kilogramme of dates within three years but output can grow to as much as 300 kilogrammes a tree depending on the type of date, he said.
Iraq bans the import of dates to protect its farmers but given its porous borders the market is flooded with dates from neighbouring Iran which offers better water supply and incentives to its farmers.
In another major project, Kuwaiti investor Abdul-Aziz Al Babtain, who owns a conglomerate, has started a date scheme worth $58 million with 5,000 date trees some 150 kilometres from the southern city of Basra.
Babtain plans to grow 100,000 trees within six years, an executive told Reuters in May.