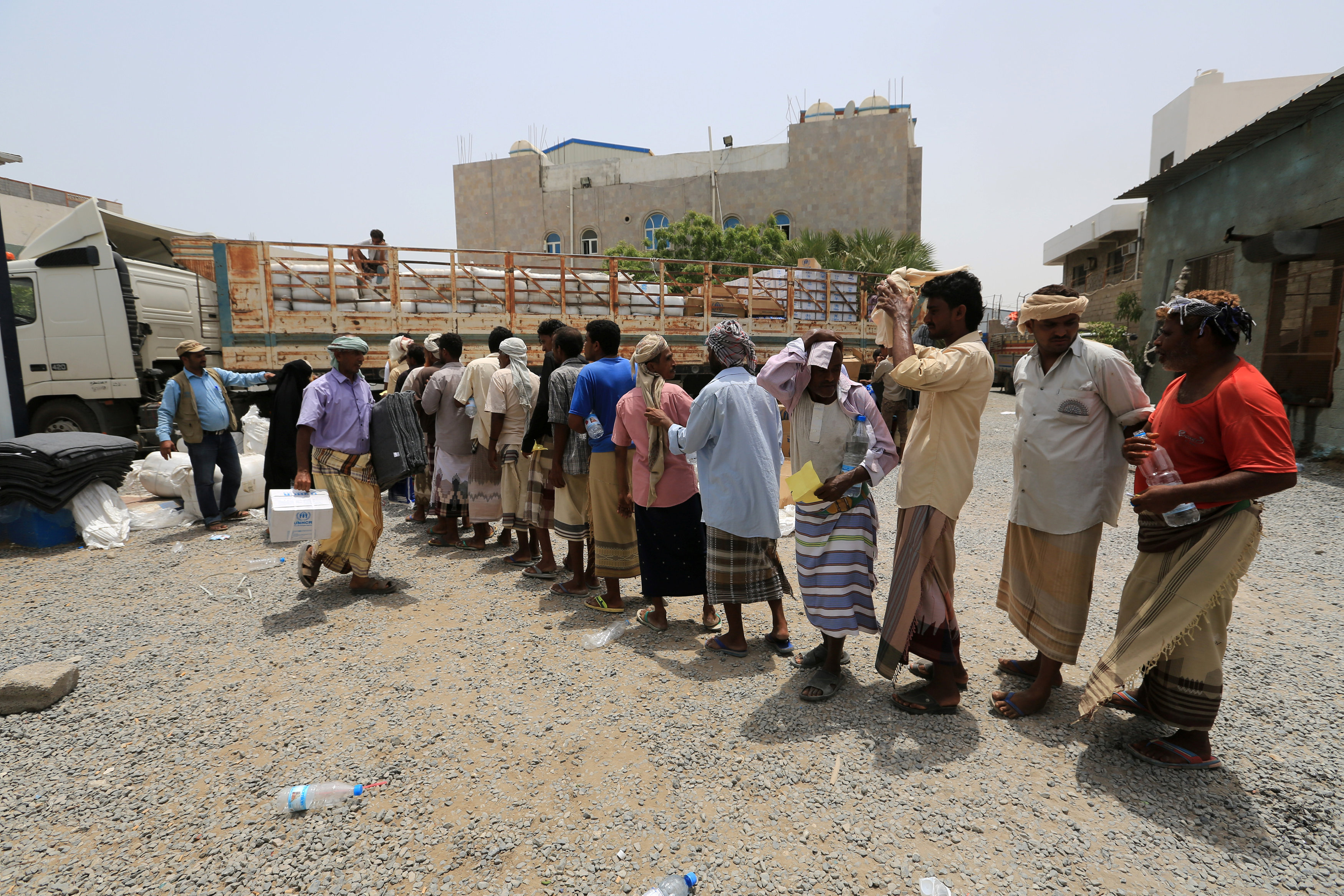 Aden: A UN special envoy met Yemen's exiled president on Wednesday in efforts to find a political solution that would avert an all-out assault on the country's main port city, which the United Nations fears could trigger a famine.
A military coalition led by Saudi Arabia and the United Arab Emirates launched an offensive on June 12 to drive the Houthi movement from Hodeidah, the port that serves as lifeline for millions of Yemenis facing starvation.
The Houthis have indicated they would be willing to hand over management of Hodeidah port to the United Nations, and Washington has encouraged the Arabs to accept such a deal, Western sources have told Reuters.
But a UAE official said on Tuesday the Houthis must quit the Red Sea city altogether as a condition for any peace deal.
The Arab countries have been battling since 2015 to restore a government that was driven out of the capital Sanaa by the Houthis.
The Houthis now control most of Yemen's populated areas as well as the capital.
UN envoy Martin Griffiths, who has held meetings with the Houthis, met President Abd-Rabbu Mansour Hadi in the southern city of Aden, temporary headquarters of his exiled government.
In a statement after the meeting, Hadi's foreign minister Khaled Al Yamani said the president welcomed the UN efforts, based on a "Hodeidah initiative" that has been on the table since May 31.
"The initiative is a bundle of decisions which stands on the Houthis' complete withdrawal from the port and the city of Hodeidah," the statement said.
Forces from the legitimate government's interior ministry would take over the city and its strategic port under the initiative, it added.
Saudi-owned Al Arabiya television on Wednesday quoted sources as saying Griffiths told Hadi that the Houthis had agreed to hand management of the port to the United Nations, but Hadi stressed that the Houthis must leave the city entirely.
Fighting has abated in the last week since UAE-backed forces took control of Hodeidah airport. But the United Nations fears the next phase of the battle could see the Arab forces attack the city centre and move on the port, which could cause both high casualties in Hodeidah itself and a potential humanitarian catastrophe if supplies to the rest of Yemen are cut.
The United Nations has been struggling to nudge the warring parties to the negotiating table as it seeks a peace deal in the three-year conflict.
The war has killed more than 10,000 people and created the world's most urgent humanitarian emergency, with 22 million people dependent on aid and 8.4 million at risk of starving.
The Arab countries say they must recapture Hodeidah to deprive the Houthis of their main source of income and prevent them from smuggling in arms.