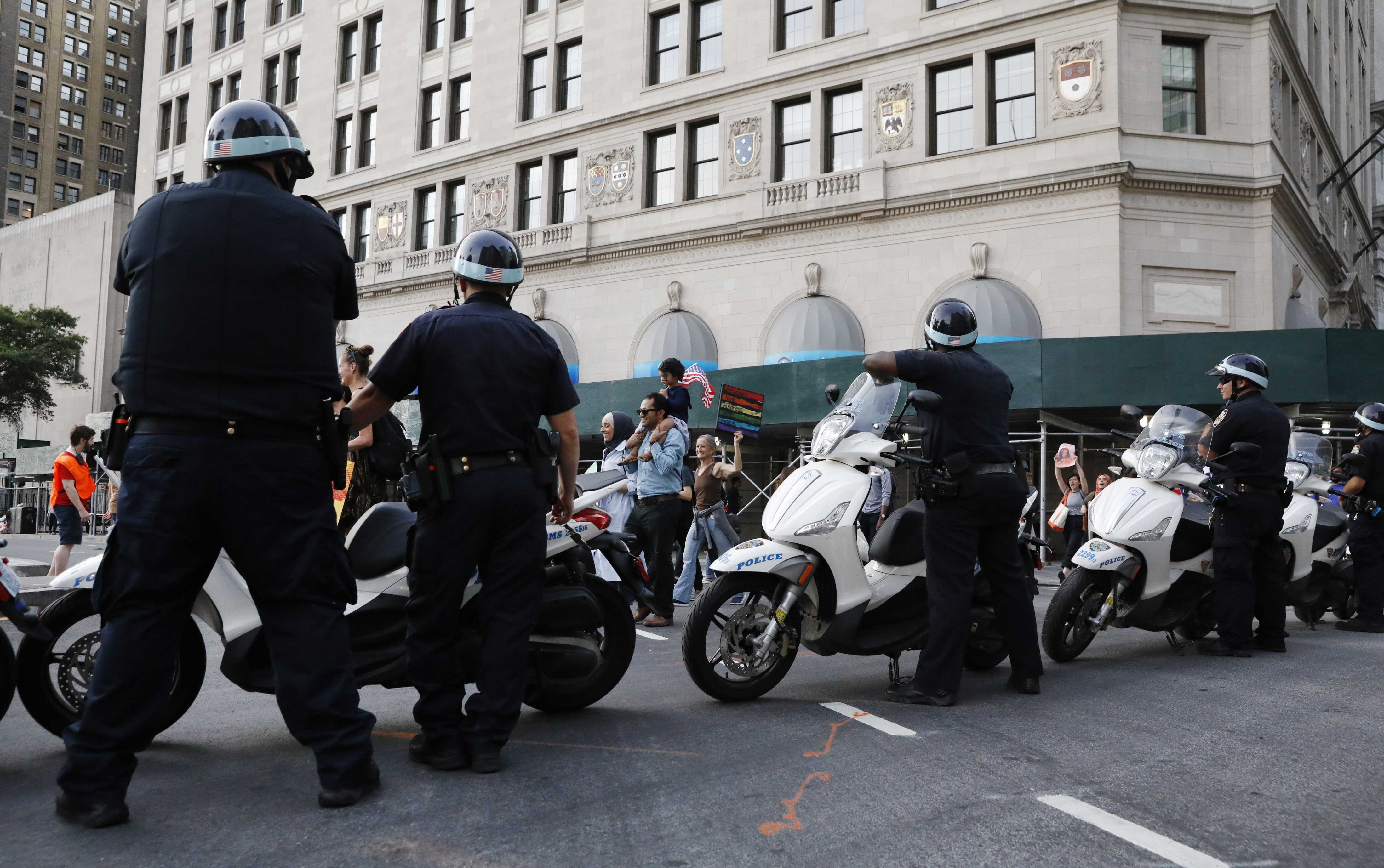 Taos, (New Mexico): Police chiefs from across the United States, both Republicans and Democrats, on Wednesday urged the White House to find alternatives to detention of immigrant families given the risks it poses to children and its huge cost.
In a joint letter, more than 45 law enforcement heads appealed to Trump to consider other possibilities than incarceration, such as requiring heads of households to wear global positioning signal (GPS) ankle bracelets or receive periodic telephone checks.
The geographic and political diversity of the signatory police chiefs showed their apprehension at locking up migrant families at a time when US law enforcement is trying to gain the trust of immigrant communities.
Trump issued an order on Wednesday to scrap his policy of separating children from parents caught entering the United States illegally, a move praised by the police chiefs.
But under the order, which is likely to be challenged in court, families would instead be detained together for the duration of immigration proceedings, which can take months or years to complete.
Family detention centers could radicalise young people, pushing them towards street gangs or hate groups, said Houston police chief Art Acevedo.
"The last thing we need to do is marginalize and disenfranchize young people," said Acevedo, who emigrated to the United States from Cuba as a young child. "You can accomplish the safety aspect and monitoring aspect at a fraction of the cost without having the negative impact on kids."
Vetting of families would show most do not need to be incarcerated as they pose no threat to the community, according to the letter from the Law Enforcement Immigration Task Force.
Confinement would endanger their childrens' physical and emotional development, according to the active and retired officials who ranged from Orlando police chief John Mina to Washington chief of police Peter Newsham and Cel Rivera, head of Lorain, Ohio's police force.
Taxpayers stand to save millions of dollars each year through incarceration alternatives, given the average cost of holding a person in specialized family detention is above $300 a day, according to the group.
Past alternatives to immigrant detention were more than 99 per cent successful in getting family members to immigration hearings, the letter said.
"Local governments have been using alternatives to incarceration for a long time," said Fresno, California Sheriff Margaret Mims, a Republican who runs a local jail.