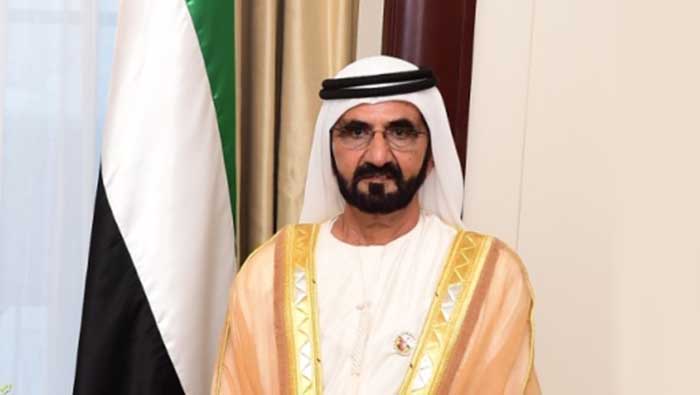 Muscat: A United Arab Emirates customs officer has been promoted by the ruler of Dubai HH Sheikh Mohammed bin Rashid, after he helped an expat family get into Oman in time for Eid.
The customs officer Salim Al Badwawi, was promoted to the rank of first officer by the ruler of Dubai for helping a Syrian family when their car broke down on the Hatta border.
An online statement by HH Sheikh Mohammed Al Maktoum read, “Salim Al Badwawi... government employee... a UAE citizen... and a man that reflects the meaning of Emirati nobility.”
The Syrian national spoke about the incident, which took place on June 16 at 7.30 am, on air.
"My family and I were planning to travel to Muscat to celebrate the first day of Eid, but on reaching the Hatta border our car broke down. Five minutes later the officer approached us and asked what happened. What he did next, I don't think even a brother would do. He simply told me to take his car and continue our journey to Muscat.
The officer's kindness however did not end there. "After I came back to UAE he asked me to first drop my family in Dubai and then return the car. He even bought the parts needed to repair my car,” the man added.
Dubai Media Office announced the news of his promotion, "Mohammad bin Rashid ordered the promotion of Salim bin Abdullah Al Badwawi, the passport officer at the Hatta border of the General Directorate of Residency and Foreigners Affairs in Dubai, to the rank of first officer starting from June 16, first day of Eid Al Fitr, as an appreciation for the way he dealt with travellers passing through the checkpoint."