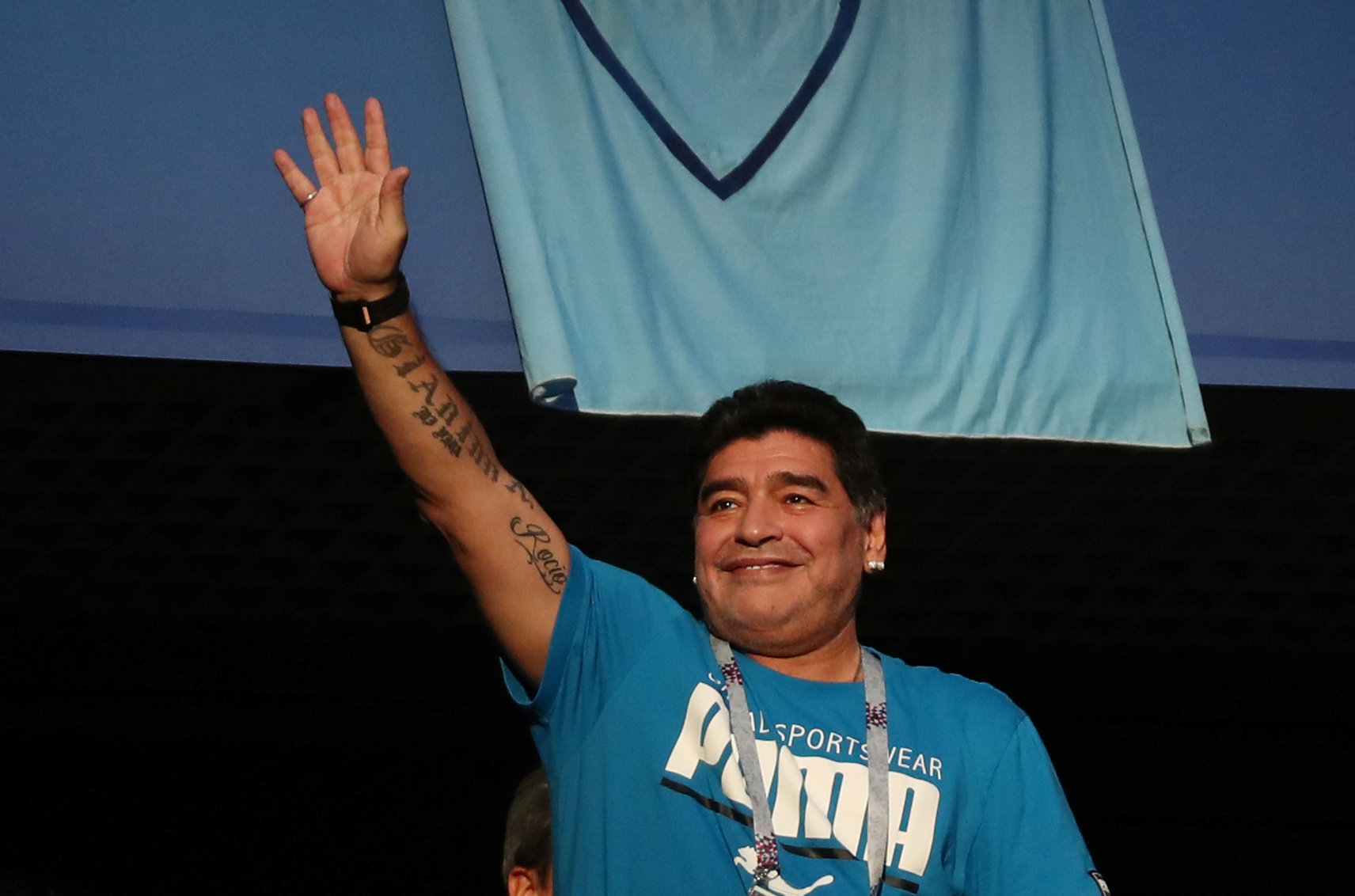 ST PETERSBURG: Argentina great Diego Maradona said on Wednesday he was fine after appearing to take ill during the South Americans' roller-coaster World Cup win over Nigeria on Tuesday, but found himself in hot water again after making an obscene gesture at the game.
"I want to let you know I'm fine, I'm not nor was I hospitalised," the 57-year-old said via Instagram.
Maradona, who was seen being helped to walk from his seat amid the excitement of Tuesday's game in St. Petersburg, said a doctor had suggested he left at halftime after his neck hurt and he felt he might faint.
"But I wanted to stay, because it was all or nothing. How could I leave?" he said.
"A kiss for you all, sorry for the fright, thanks for putting up with me, Diego is around for a bit longer!"
During the game, Maradona drew attention with his antics in the stands -- lapping up the adulation from fans, unveiling a poster of himself and seemingly falling asleep at one point.
Then, after Marcos Rojo's 86th minute winner secured Argentina's place in the last 16, he made a middle-finger gesture with both hands.
"From the hands of God, to the fingers of shame", read one headline in Latin America, referring to Maradona's "Hand of God" goal against England at the 1986 World Cup.
The Argentine is no stranger to controversy, having once shot at journalists with an air rifle, and has battled cocaine and alcohol addictions.
Gary Lineker, who played for England in the 1986 game and is now a pundit for the BBC, said Maradona had gone too far with the gesture.
"Diego Maradona perhaps let himself down with his celebration," he said. "You understand how he's euphoric, that's for sure, but this kind of reaction, really Diego?"
Argentine journalist and biographer Daniel Arcucci later released on Twitter audio of a purported conversation he had with Maradona, during which denies anything major had happened at the match but sounds slurred in parts.
"I swear on my mother... absolutely nothing happened," he says. "They were only serving white wine in our box. Ok, we had two wines... At the end, we went to eat.. I like red wine, but there was white wine. Each to his own."